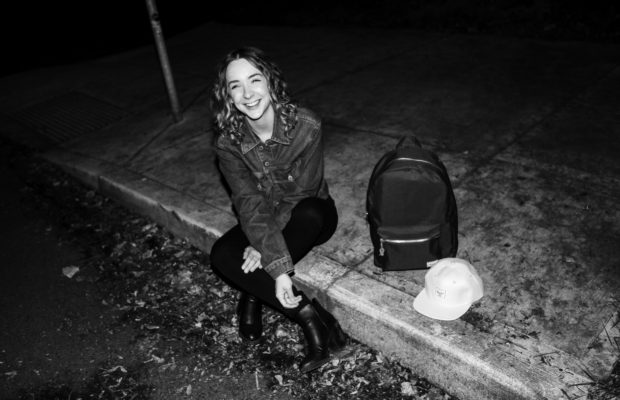 She may be a newcomer to music photography, but don’t count her out just yet. From covering huge festivals like Coachella and acts such as Boston and Ellie Goulding, photographer Sarah Midkiff has spent the past year showing off her talent behind the camera. Opening up about the odd circumstances that threw her into her first photo pit with a loaned camera, Sarah’s unique story and important industry advice give a refreshing take on what it’s like as a music photographer.

I would actually consider myself a very late bloomer when it comes to photography. I have always appreciated good photography and growing up, most of my friends did photography in some capacity. I was always focused on music. I played in bands, took lessons, played at coffeeshops, helped friends record EPs, etc. I’m not one of those people that knew from a young age that it was an interest of theirs.

I got into photography under kind of panic-filled circumstances. When I first started interviewing bands, I had a photographer come with me to shows. I would interview and write the article, and they would shoot behind the scenes during the interview and the show. After the first handful of interviews, my photographer backed out and said he couldn’t shoot shows anymore. At the time, I had a dozen of more interviews lined up including a festival in Portland and another in Los Angeles. I asked my photographer friends if they could step in, but none of them shot music. My good friend offered to loan me her camera. After obsessively binge-watching everything I could find on YouTube and Googling how to use a DSLR, I shot my first show that night.

I am very much self-taught. I learned what I needed to know for the show I was shooting. Since then, I’ve taken more time to delve into more detail and experiment. I would love to go and take some classes now to hone my skills given that everything I learned, I learned from YouTube and Google.

The first camera I shot with was my friend’s Canon 6D. I stuck with Canon out of familiarity, but I love trying out new equipment. My current set up is a Canon 5D Mark II and then a Canon 24-70mm, 70-200mm, or 35mm depending on the show. I also bring my Speedlite flash for backstage and behind the scenes shots. I’ve had a slight obsession with reading up on Fujifilm cameras because sometimes the whole kit gets a bit heavy when you’re trekking around a festival all weekend.

You can use the most expensive equipment in the world, but that doesn’t make up for a great eye for composition, an understanding of how the equipment works, and a love for your subject. That being said, I shoot a lot of shows that are in really dark venues or bands that put on a very energetic performance. You need gear that can keep up. Truly knowing what you need is key. Do your research, understand what you need and why, then invest. Also, you don’t need to pay full price. I am all about finding secondhand gear.

Matt & Kim was the first show I ever photographed. I was so nervous! The interview went so well, my editor was over the moon that I got access, but I was so nervous that the photos wouldn’t turn out. I didn’t have a chance to test out my crash course knowledge until I was in the moment. One of my favorite photos came from that show. I posted it on my Instagram saying that it was really a step outside my comfort zone, and Kim actually commented on it encouraging me to always keep stepping outside of my comfort zone. Having that feedback on my first show was great. I love it when the artist connects with the photos I took or the interview I wrote.

Definitely! My portfolio reads like my Spotify playlists. Stylistically, they are all quite different, but I have never shot a show or interviewed an artist whose music I didn’t connect with on some level. I want to make sure that I don’t get into a pattern of covering only bands that I already know that I like though. I want to always be checking out new bands!

I like when things are unforced and candid. I started by telling bands that if I ever made them stand against a brick wall that they could fire me. I don’t like anything to be too posed. This is part of what I love about music photography in general. Everything is in the moment, always about something else and not about the photo itself.

I love photos from old issues of Rolling Stone, Annie Leibowitz, Bert Stern, Richard E. Aarons, the Beats movement, Hedi Slimane, or candid photographers like Henri Cartier-Bresson. As far as a more conscience, intentional shooting style, I’m not sure. It’s difficult to analyze your own work. I’ve been told multiple times that my work is reminiscent of old Rolling Stone. Once I was even told my work reminded someone of a young Annie Leibowitz, which is pretty much the best compliment in my opinion.

This is hard! Not in a “I take so many great photos it’s hard to pick the best” sort of way, but because the past 9 months have been filled with so many great moments that I never thought I would have the opportunity to do. The photo of Kim from my first show means a lot to me because it represented taking a risk that ultimately got me doing what I do now. A photo I have of Tor Miller was the first time I used a Speedlite flash and got into doing more backstage/behind the scenes photos for myself. Ellie Goulding was my first arena show. I shot her show shortly before leaving to cover my first major festival, Coachella. It was such a rush because I remember distinctly feeling like my work was starting to go somewhere. I am also particularly proud of some of my photos of Boston. They are such an iconic band and being invited to their after show event simply because they liked my work was such an honor.

From top to bottom: Tor Miller, Ellie Goulding and Boston

I really have no room to comment because I AM one of those new photographers. I have been interviewing bands for 9 months and shooting shows only 7 months. If there is something that makes me stand out or that has helped with my work, it is that I was a musician first. I connect with bands on a musician level and try to capture moments where they are giving it everything or ask questions that allow them to talk about something they care about. I think it’s why people go to shows to begin with, to be apart of a moment. It’s why I go at least.

YouTube is your best friend! Also, appreciate the process and everyone involved. At the end of the day, the industry is just filled with people. If I worked with a tour manager or publicist who took the time to connect me with the band and made sure I had everything I needed, I make sure to tell them how much I appreciate them. I go out of my way to talk to the other photographers in the pit before the show starts, even just a quick smile and a hello. It’s a small world, you WILL run into them at other shows. Why not feel like you have friends at every show? It’s better that way.