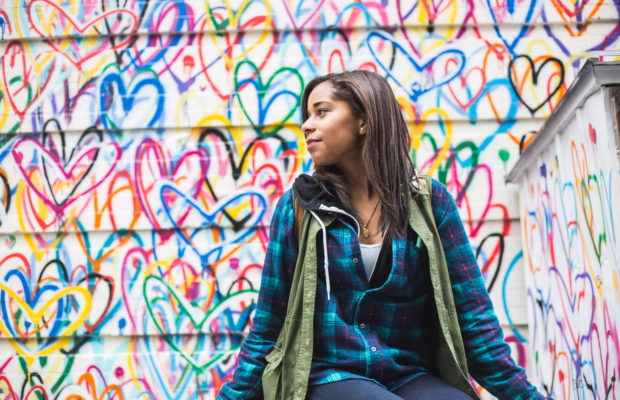 Photographing a wide range of bands from Vanna to The Maine to Taking Back Sunday, Carol Simpson’s vibrant images offer a different perspective of live music performances. Chatting with us about how she began her career to why gear doesn’t define a photographer, Carol’s point of view offers a different look inside life as a music photographer.

I remember being in middle school and really wanting a nice camera. It was like a month long phase that passed. Once I got to college, writing wasn’t as satisfying as it used to be for me and I felt like I was writing the same reviews over and over. Meanwhile, at shows I started seeing things and thinking “that would be a cool picture”. Thanks to the encouragement of friends like Jake Lahah and just curiosity to try something new, I grew interested in it. Also Instagram! Seeing amazing content on Instagram from other photographers really piqued my interest on capturing moments like that.

I have never taken any classes. I’ve just learned everything through trial and error and a lot of Google searches to learn about ISOs, shutter speeds, settings for different lighting and stuff like that. With each show, I just try something new and stick with what works and improve on what doesn’t work. I definitely still have a lot to learn, but going by experience seems like my best bet.

I would have to disagree with this. Logic would tell me, better gear does equate to higher quality shots in some instances, faster shooting etc. I guess I would have to say more expensive equipment can help you nail a better shot, but it ultimately won’t make you a better photographer. I feel like that puts younger photographers in the mindset that they aren’t good enough simply because of what’s in their hand. Gear isn’t what makes the photographer. It’s a creative process and that comes from the person more than any piece of equipment. It’s very discouraging for someone to feel like they’re not good enough simply because they can’t afford better gear yet or just bought a less expensive camera to get started.

The first show I ever photographed was Have Mercy’s first headlining tour at the Studio at Webster Hall. The show was sold out, there was no photo pit, and I was way too shy to even get half the shots I pictured in my head because I was worried about bothering people. Two days after that, I shot my first show from a photo pit and that was a Taking Back Sunday headliner at Best Buy Theater. It was significantly less disastrous than the first show.

It definitely did before. It kind of doesn’t happen anymore because I have so much fun shooting that sometimes I’ll just check event calendars for venues near me and decide to cover a show because I have time or I just want to try something new even if I only know one song from the band.

Hmm I guess I’d have to use the words colorful and clear to describe it. I don’t really enjoy editing my photos in black and white unless I’m really feeling it. I like using split toning a lot.

It would have to be this photo of Garrett Nickelsen from The Maine. I was so excited to finally be photographing The Maine. I’m always very critical of my own work and it was nice to have a moment while editing where I didn’t doubt myself.

Absolutely. I think when I first started out it was never something that crossed my mind because I was just so excited to be in the photo pit every time. As I became more critical of my own work, took this more seriously, and realized that I wanted this to become a larger part of my career path, I became more conscious about trying to stand out because it seems like there are more and more photographers at shows and more getting brought out on tour. Especially this past summer at Warped Tour, I was thinking “how can I get a different angle from what everyone else is shooting?” or “how can I edit this differently to be better than my previous work?” I think being conscious of details like that in the moment go a long way for standing out from everyone else in the long run.

Just go out and do it, as often as you can. Try not to focus on what everyone else is doing or waste time comparing yourself and your work to others. Use that energy to get out there and improve your work with each show. Also, be nice in the photo pit! There are enough egos and jerks in the world. Don’t be one of them.

Portrait of Carol by Aud Lew