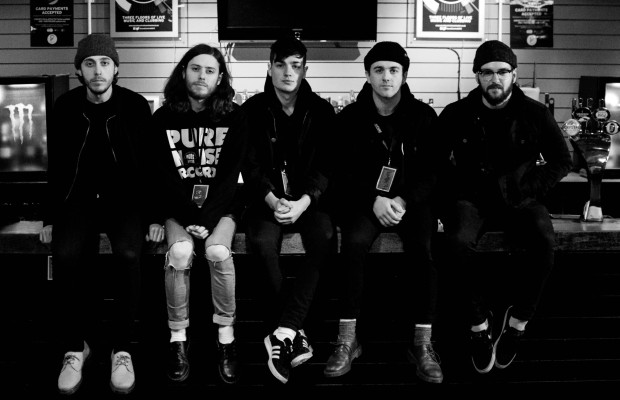 We caught up with Boston Manor before their sold out show in Manchester with Seaway and Knuckle Puck to chat about how they got their start in music.

Dan (bassist): From about six years old, my older brothers were always into loads of bands and I would always join in to try and be cool. My middle brother got an electric guitar and I thought it was so cool and would pretend to play it. From there, I was also listening to all of those bands still and especially when I got into Blink-182, I just wanted to be Mark Hoppus so I just picked up bass and loved it.

Ash (guitarist): My dad’s played piano since I could remember and I also had a year two teacher in primary school who played guitar so I think from them, I decided I needed to play an instrument. As soon as I got to high school, I got a guitar and things went from there.

Mike (guitarist): I saw The Offspring play in 1998 and that is basically when I fell in love with rock and punk music. Then, it just went from there – I actually learned guitar a bit later, when I was about seventeen or eighteen, so I was a late bloomer.

Jordan (drummer): My brother got me into music. I was the younger brother so what he was into, I was into and that is what sparked my passion for it. Ash was actually playing guitar and I thought I couldn’t play guitar so I decided to learn the drums. I was playing Rock Band and surprisingly, it does teach you the basics of drumming like keeping time and that sparked me being a drummer really.

Henry (vocals): I’ve been into music since I was about eight, but when I was about eleven or twelve, my cousin showed me a video of Slipknot doing their set and I was like ‘what the fuck is this? This is mental’. I wanted to know more about it because it was fucking crazy and that’s when I started getting into metal and punk. I think I saw an old set of The Ramones and decided I wanted to be a vocalist and just run around and jump on shit. I used to play drums and I wasn’t very good, but I could sing so I just figured I would stick with that.

Check out our full interview with Boston Manor in our upcoming digital issue, out Friday, April 15th!