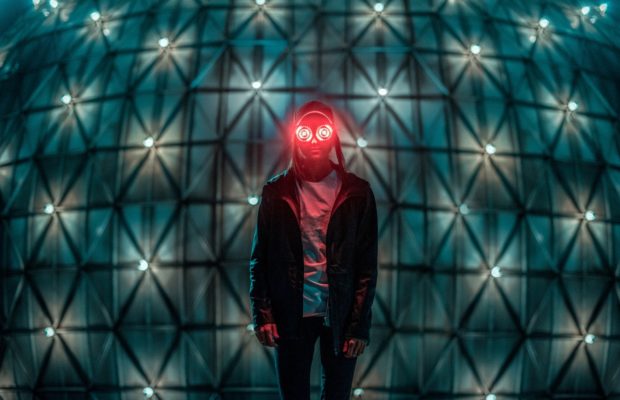 Isabelle Rezazadeh, better known as REZZ, is a Ukrainian born, Canadian DJ and record producer hailing from Niagara Falls, Ontario. REZZ began her career as a self taught DJ, making tracks in her bedroom as a teenager. However, three years ago her life changed when she was signed to her first record label and professionally released her first EP, Insurrection. Since then REZZ has released numerous EP’s as well as two full length records, including her sophomore record Certain Kind of Magic which was released last Friday, and has become one of the most sought after DJ’s in the Electronic Dance Music (EDM) scene. REZZ spoke how she got into the EDM scene, how her music has matured over the years and what tricks and surprises she has in store for fans on her upcoming fall tour.

Quiet and humble are two words that I would use to describe one of the biggest DJ’s out there. “I felt I had the most normal upbringing any kid could have. I basically just hung out with friends, went to school, y’know, all that stuff.” Says REZZ. As a teenager, REZZ’s devotion to music was overpowering – getting fired from her first job after skipping shifts to attend music festivals and seeing her idols Bassnectar, Pretty Lights, Zeds Dead and more perform live. “Music is everything. My music is my entire life and subconscious mind translated to noise” says REZZ.  Often producing her early music on her laptop and then uploaded them to Soundcloud, REZZ cites fellow Niagara Falls, Ontario native, deadmau5 as her biggest musical inspiration. Her frequent involvement in the Toronto EDM scene helped shape her unique sound and it all paid off during the summer of 2015 when she released Insurrection, her debut EP, through NEST, a subsidiary of Skrillex’s label OWSLA. For the first time REZZ’s music was transitioning from the underground to the major labels. REZZ’s sounds quickly caught the attention of deadmau5 who signed REZZ to his label mau5trap in late 2015. Since then, REZZ has released two EP’s and two full length albums, most recently Certain Kind of Magic through mau5trap.

This sophomore album provides listeners with an evolved, more mature sound from REZZ, but still pulls from the general spooky aura of REZZ herself. “I came up with the title ‘Certain Kind Of Magic’ first. After I did that, I began making music and it was all fitting the ‘magic’ theme.” Says REZZ. “I also realized that how I carry myself on stage is kind of like a magician in a way. It looks like I’m casting spells on people or something… I wanted to make my entire next album and tour based off of that.” And so she did. Certain Kind of Magic shows off REZZ’s improved talents and has received lots of critical acclaim since its release. When asked about about the evolvement of her sound since her last release, REZZ said “I think its matured and also a lot more melodic components have become prominent.” As with her debut record, REZZ partnered with many up and coming EDM producers and DJ’s in the scene to create songs for her sophomore record. Some of the names featured on Certain Kind of Magic include DeathPact, Kotek, Fytch and more. “I usually find out about them through fans saying ‘Check this artist out.  You’ll like them!’ I reach out to them individually, we send ideas back and forth and BOOM finished.” says REZZ. In a sort of effort to pay it forward, REZZ shared her story on how she began working with powerhouse producer, Kotek, stating “Kotek actually handed me a USB at my show once and I listened to the music and liked it then collaborated.” Together the two DJ’s have created multiple tracks together including “Ascension” (2017) and “Teleportal” (2018).

Aside from paving the way for the bass heavy side of EDM music to become more mainstream, REZZ is also known for the light show and insanely hypnotic visuals she creates for her live shows. So what can fans come to expect on her upcoming fall tour? “Massive LED screen, lasers, yknow. Keeping it simple, clean, but bold at the same time. New visuals as well!” says REZZ. But not to worry, the DJ’s famous staple – the hypnotic glasses – aren’t going anywhere anytime soon. “I like the ones [glasses] I have.” Says REZZ.

When performing live, it’s clear to see that REZZ puts every ounce of herself into her art and her performance. “My favorite thing about touring and performing is being able to show people what I create and what I do. I love becoming the character I am on stage – it’s just really fun and natural” REZZ says. However, when traveling on the road as frequently as REZZ does, it can start to take its toll. “The way to keep your sanity is to pace yourself. These days I have tons of time for myself + my career. It’s a great balance! Balance is so important. If you’re touring too much its almost inevitable that it will start to wear you down.” REZZ shares. “It’s only difficult when you do too much of it.” And too much touring can be detrimental to an artist – thus the reason that REZZ is making time for plenty of off days to focus on relaxation and rejuvenation. For a DJ as big as REZZ, performing seems like it would be no big deal – just another day at the office, as they say. However, for REZZ’s ritual before she takes the stage? “I just focus on not dying” she says, laughing. “No seriously, I get so nervous sometimes that I need to talk myself into chilling out and trying to breathe normally.”

It’s safe to say that REZZ will be doing plenty of breathing exercises and pinching herself as her upcoming fall tour features two of her largest shows yet. A sold out performance at the famous Red Rocks Amphitheater in Morrison, Colorado and two nights (the second, sold out) at Los Angeles, California’s Shrine Auditorium and Expo Hall. You can find the rest of REZZ’s tour dates on her website, here. You can also check out Certain Kind of Magic on Spotify here. To stay up to date with REZZ and her adventures, make sure to follow her on Twitter and Instagram.

And to all fans who will be attending one of REZZ’s live shows, the “space mom” herself describes the performance as “A hypnotic experience.” So come ready to be swept up into the cult of REZZ.