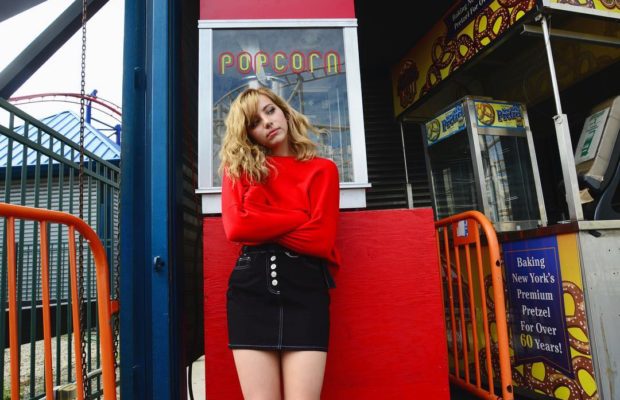 Since Justin Bieber there have been pre-teens and teenagers trying to win the world over by uploading covers and original songs on YouTube. The production value of these videos can be anywhere between iPhone video of isolated vocals to full-on music videos. There’s plenty of young artist in the sea and with the over saturation it’s rare that people actually get discovered. There is something special about nineteen year-old New York Native Hailey Knox that separates her from her contemporaries and is probably why out of many she shines. A girl with a guitar and a lot to say, with one EP under her belt Knox has established herself as one to watch. Blending pop with R&B her soulful voice Knox’s 2016 A Little Awkward is probably one of the most honest and raw albums I’ve heard from young artist in sometime. Besides her natural talent and great vocals while watching videos from four years ago of her covering songs there’s an energy and coolness that comes from within her that is hard to ignore.

Hailey, dressed in a baby blue blazer is all smiles as she sits down with me hours before her she takes the stages at Austin City Limits. It was quite the weekend of Knox who was not only was she invited grace BMI stage on Sunday but also released a fresh single “Bitch, Bitch Bitch” that Friday. “It’s about being positive and focusing on the positive,” Knox tells me the inspiration behind the new song a upbeat callout to your negative feelings. “If you start thinking negatively and about all the crappy things in your life you’re just going to feel bad.”

“Bitch Bitch Bitch” isn’t the first time Knox has challenged negatively and the feeling of uncertainty. Outwardly she’s bold and confident, but lyrically Knox let’s people into know that it’s not all sunshines and rainbows. A Little Awkward includes tracks that feel like they’re straight out a diary with lyrics like “I’ll never been good enough for myself,” that hits you right in puberty. “That’s a song [‘My Worst Enemy’] that feels like the most me,” Knox tell me when asked about her very personal lyrics. “That’s a song about self-doubt.” It’s hard to believe that smiley face and excited Hailey Knox has battles with insecurities and self-doubt but with lyrics that can’t be produced or manufactured you know she’s being real with you.

I mentioned to her that my favorite track on the album was “Awkward” which sounds like a teens ode to their much needed parental distance. Thankful Knox assured me that it’s not about her mother per say. “It was kind of in an era of ‘Just trust me mom or dad’ and just needing to be left alone and I can work at my own pace. My mom is a very nice person,” she assures me while laughing.

It’s clear that while proud of those early songs it’s been four years and Knox is more mature now and ready to release new songs that reflect so. Along with “Bitch Bitch Bitch” Knox has released two other singles this year “Don’t Got One” and “Runaway”. While original tracks are coming our way Knox still loves throwing up covers. When asked about what she feels separated her from other people trying to get discovered Knox attributes it to her originality. “I really want to make songs my own,” Knox says “When I discovered that loop pedal, Ed Sheeran is known for looping, I think it allows me to do so much. I can just be my own band.” Knox even geeked out about loop pedal on stage looping while looping a beat for a new track.

This week Knox is gracing us with a new mixtape. “They’re like snippet songs I created on garage band,” Knox tells me about the upcoming DIY mixtape. “I’m excited to finally get music out, I even produced a few of them by myself,” she says proudly. After my conversation with Knox I can assure you she’s a girl with a and guitar (a loop pedal) to look out for.