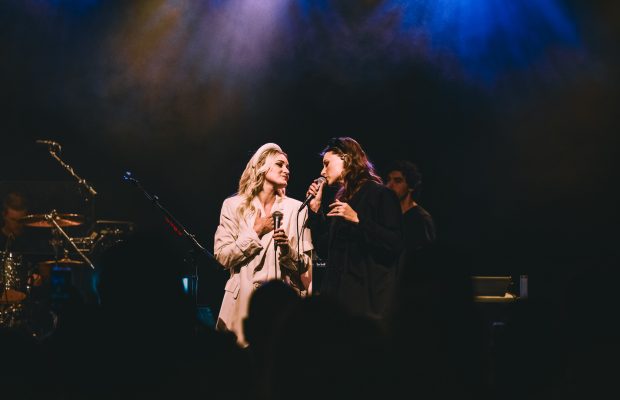 Opening up the night were Armors, a three-piece from Orange County, however, one of those pieces were not able to attend the show due to passport issues. Despite this, the remaining members put on a show that, by the end of it, had the whole audience dancing along to their upbeat alt-rock tunes! This is definitely a band that’s going to be added to many playlists because they’re just that perfect intersection of fun and guitars.

When it was time for Aly & AJ to finally hit the stage, the crowd was absolutely buzzing! It had been exactly a year since the sister duo last played a show in Vancouver, and the intimate crowd clearly felt that that was too long of a stretch, as they danced and sang the entire show. Throughout the evening the two played a perfect mix of their oldest bangers and new music. They also expressed their gratitude, multiple time, to everyone who had come out for allowing them to take their 12-year hiatus and still being there for them when they got back into writing music. If you’ve only ever heard their music through the Disney Channel, you’ll be pleased to know that Aly & AJ were not a mere product of the Mickey Machine but instead, have genuine musical talent and songwriting abilities. Hopefully, we are lucky enough to see the sisters back again soon!