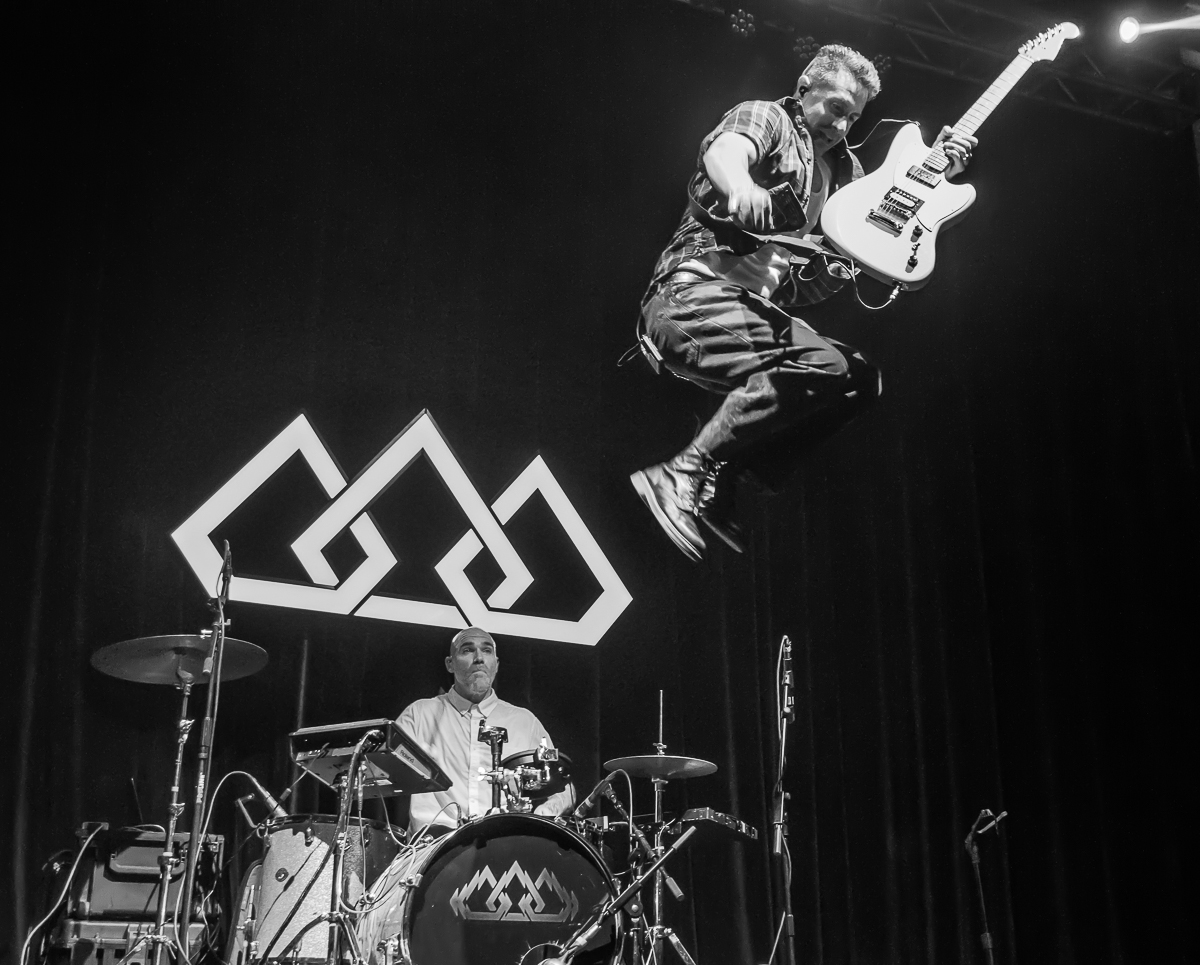 It’s always sad when an act has to drop off of a tour stop, as was the case recently when DREAMERS and The Score brought their current co-headlining tour to Louisville. Due to to a vocal cord issue, DREAMERS’ vocalist was given doctor’s instructions to take a couple off days off, so unfortunately the band did not perform in Louisville this evening, nor the previous evening. Luckily, the show went on with The Score and the amazing opening bands! Although modest, there was a nice sized crowd in attendance this evening of fans who were ready for a great evening of music. Starting things out was NJ alternative/indie artist 7evin7ins who performs a blend of pop-punk, alternative, and hip-hop. Having released a string of singles since 2018, he performed a fun selection of songs, included his latest release “Wake Up”. He also announced that this was his first ever tour and thanked Dreamers for bringing him out on tour with them! With a fun energy, they definitely got the crowd hyped up! Next up was LA-based alternative/indie artist poutyface (Olivia Knight). Having gained attention via the Voisey songwriting app in 2019, she has gained a ever-growing fan base, with several in attendance this evening. She has a super fun and energetic stage presence, dancing and jumping across the stage throughout her set, and really loves and connects with the fans. She grabbed several fans’ cell phones during her set and filmed herself singing and dancing around before handing them back! Singing songs with lyrics that many young people can connect with, such as boys, perfectionism, and getting drunk at parties, many of her fans this evening were singing along and connecting with her words. Ending her set with “Rag Doll”, her 2022 single featuring alternative artist K. Flay, she definitely ended her set with a beautiful moment where she and the crowd were “singing at the top of their lungs” in unison!

Last up this evening was NY alternative rock band The Score. From the first note these guys were high energy and crowd-engaging! Having formed in 2011, they have amassed a large following, as evidenced by the large number of fans in the crowd this evening! They also attract a young crowd, with many children and young adults in attendance, as well. Lead vocalist Eddie Anthony Ramirez is a born performer, spending much of the band’s set dancing around the stage and at the front of the stage singing with the fans, holding the microphone out to many to allow them to sing along in a more intimate way. He and guitarist/backing vocalist Chris Coombs, keyboardist/backing vocalist Edan Chai Dover, and drummer Logan Baldwin (whom it was revealed is from Louisville and had family and friends in the crowd) had a great stage rapport and had fun together throughout the set. With a setlist that included “Born For This”, “Top Of The World”, “Glory”, “Bad Days”, and “Unstoppable”, their music has a very uplifting quality. Towards the end of their set, they sang their song “Bad Days” that they collaborated on with DREAMERS, asking the crowd if anyone knew Nick’s (vocalist for DREAMERS) part. A fan up front raised her hand, with Eddie joking with her and asking if she really knew the part, to which she laughed and said YES! He brought her on stage to sing Nick’s part and it was clear that she was ecstatic to do so, dancing around the stage and singing Nick’s part perfectly! The band ended their set with  “Legend” and sent their fans off on a high note! It was a really fun night of music and everyone seemed to have a really great time!