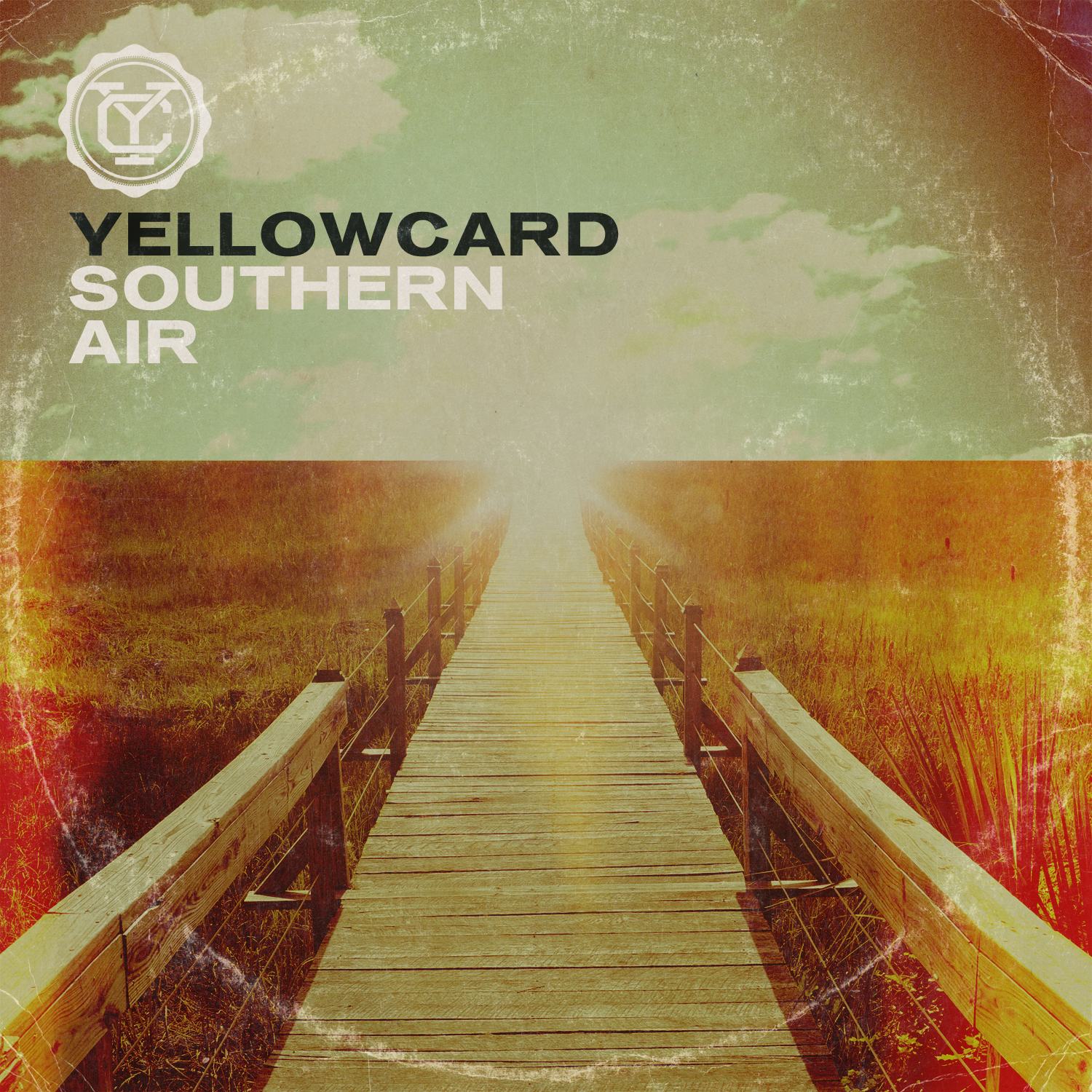 Los Angeles based alternative rockers Yellowcard have hit the scene yet again with their 8th studio album since their formation in 1997. The new disc entitled Southern Air brings an overall sound that is sure to be a hit with younger fans who are new to the band as well as older fans of the band. Their newest effort has 10 tracks full of positive vibes and a maturity in their music that is difficult to ignore.

The first track called “Awakening” is a brilliant way to start the album. With an upbeat rhythm and lyrics beaming with optimism it shows you what the band has grown into and what you can expect from the rest of the album. The next two tracks aren’t instantly memorable but they’re good songs to listen to. The fourth tune titled “Here I Am Alive” is a bit of a departure from the previous two in a very good way. Co-written with Patrick Stump it’s got a great feel-good sensation to it and is clearly one of the more recognizable tracks. ‘Telescope’ features guest vocals by Alex Gaskarth (All Time Low), Tay Jardine, (We Are The In Crowd), and Cassadee Pope – which will surely attract some younger fans to give the band a listen. The album’s closer and title track doesn’t disappoint. Normally bands get lazy when it comes to the closing song, but in Yellowcard‘s case it makes you want to play the album all over again.

Overall out of the ten tracks on the album, there isn’t a painfully obvious variation between each song but it’s obviously a good pop-punk record. Southern Air has definitely brought Yellowcard back into the game and younger bands may want to keep an eye out for these vets. Normally it’s hard for a band that’s been together so long to keep a relevancy especially when there is so much new music but they sure haven’t run out of steam yet.