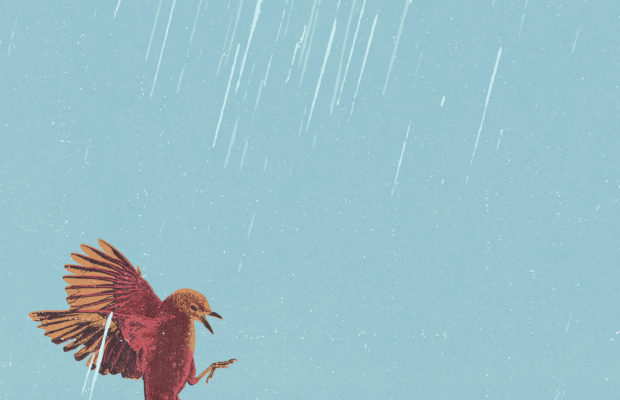 Composure, the newest album by Illinois pop-punk heroes Real Friends drops today and it’s exactly what your emo heart has been waiting for. This is the third studio album from the band is released by Fearless Records and produced by Mike Green in Los Angeles, CA. With two other albums under the belt, Maybe This Place Is The Same and We’re Just Changing (2014), and The Home Inside My Head (2016), Real Friends are no strangers to tapping into your feelings and getting you through difficult times.

The 10 track album opens up with an upbeat attention-grabbing head-banger, “Me First”. and leads to one of my favourite tracks on the album “Stand Steady” that will have you screaming along to the chorus. The band has matured since their previous release, their sound is a much tighter and vocals a bit edgier than before but a very welcome change. The next two songs, “From The Outside” and “Smiling On The Surface”, vocalist Dan Lambton poetically bring depression and anxiety to the forefront of the conversation with lyrics like “Anxiety holds my hand when life gets hopeless” and “From the outside I seem fine / On the inside I’m still sick / The pill is a temporary fix”. The title track, “Composure” is another that hits home as the chorus sings “Lately I’ll bend, smile, and pretend to be stable”, something I think many can relate to. With tracks like “Unconditional Love”, “Get By” and “Rip Cord” you’ve got your bases covered to help you deal with toxic relationships.

Real Friends have put out a great follow-up album, that shows maturity in sound and subject matter. Dealing mental health issues such as depression and anxiety into the light while remaining upbeat and relatable. Their positive outlook about facing these issues is empowering and not dampened by the subject in the slightest, but quite the opposite actually. They dig deep and resonate while still being extremely catchy leaving you wanting to listen again and again. This album not only fun to listen to, it has great potential to help people in hard places, offering motivation to get through their own personal issues.