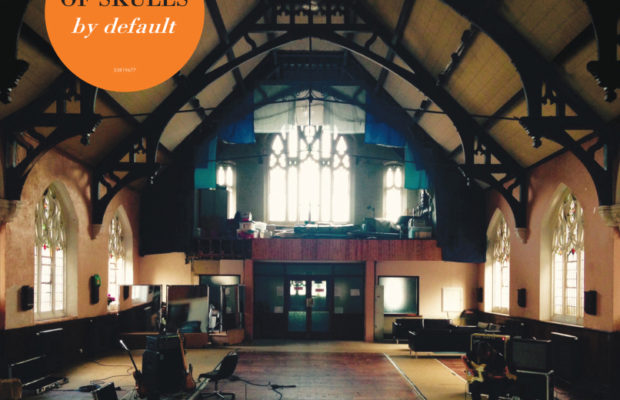 UK-based trio Band of Skulls are set to release their newest album By Default on BMG this coming Friday, May 27th. This is the band’s debut on BMG, and the album combines the sounds of garage rock with that of heavy metal.

Starting off the album is “Black Magic,” which mixes sick guitar riffs and powerful lyrics. The storytelling behind the lyrics of this song is magical, and flows smoothly with the heavier sound of the song.

Following “Black Magic” is “Back of Beyond” which, right off the bat, gives off a good ole rock n roll vibe. Though “Back of Beyond” leans more towards the rock genre, that’s pretty short lived. Up next is “Killer” which definitely sounds more like heavy metal with a touch of hard rock. The eleventh track is one that stands out from the rest. “Singing” has a very unique sound to it, sounding like a mix of rock and alternative. With simple riffs and complex lyrics, the listener is really drawn towards the lyrics.

Wrapping up By Default is “Something.” This is my personal favorite off of the album, and has more of a relaxed sound, yet it’s still upbeat and catchy. The songwriting skills of Band of Skulls is incredible and perfectly reflects their musical talent.

Within the first minute of listening to the album, I was instantly brought back to the first time I had listened to Turn Blue by The Black Keys. With the unique rock sound, mixed with killer guitar riffs and vocals, there is no doubt in my mind that this is a masterpiece. Band of Skulls has also recently released tour dates in the USA for the fall of 2016.

Be sure to pick up By Default starting May 27th on BMG.