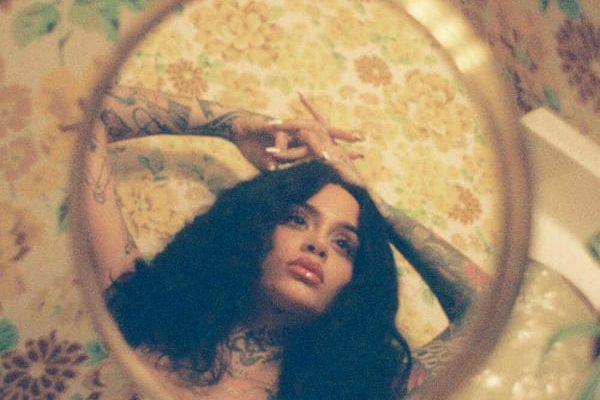 Kehlani’s latest mixtape While We Wait, her first one since her debut album SweetSexySavage establishes a new chapter for the 23-year-old Oakland singer. While the album features amazing guest like 6lack and Ty Dolla $ign it the features don’t feel overdone nor do they overshadow Kehlani’s gorgeous vocals. The pieces of music are still 100% hers from her heart. One of my favorite things about 2017’s SweetSexySavage was its honesty. The album painted the story of an apologetic young woman who owns her faults and wants and struggles with her own confidence that she has plenty of. With the occasional crowd-pleaser singles, SweetSexySavage is a well-done debut. I’ve been worried that any follow up to the album not meet my hopes and expectations. It would either be too commercial or more the same. However, while listening to While We Wait I learned that I had nothing to worry about.

While We Wait isn’t a more mature Kehlani, because you can’t age something timeless. If I was told that Kehlani had been making music since the 90s and toured with TLC I’d believe it. Her honest lyrics and soulful voice capture emotions and strength that we all can relate to. I don’t want to be cliche and say that Kehlani is an artist beyond her years, but let’s just say she doesn’t need to grow, she needs to bloom and While We Wait her flowering.

Much like her contemporaries like SZA and Jhené Aiko, Kehlani is great is trying to navigate the complicated feelings of being a woman figuring not only yourself but your relationships. It’s confident but not sure, it’s all or nothing. The single “Nights Like This (feat. Ty Dolla $ign)” is a queer break-up anthem that touches me like nothing else. Paired with a creative sci-fi music video it’s one of my favorites off the album that I can find myself reaching to. That’s something that has always fascinated me about Kehlani.

One thing that I really love about this mixtape is that it’s a lot less apologetic that SweetSexySavage, which is something that I related to at the time and applauded her confidence for displaying, but it’s nice to see Kehlani change. Like her ode to dressing down “Morning Glory” a playful bop straight from CrazySexyCool. Or the sexy “Nunya (feat. Dom Kennedy)” a callout to any nosy Exs. In SweetSexySavage Kehlani made her debut and her peace and is done apologizing for who she is or what she’s done. It’s a move that I certainly love and can relate to.

While We Wait might just be a mixtape to hold us over while Kehlani is expecting her first child. But it’s enough to keep me satisfied and waiting for more.