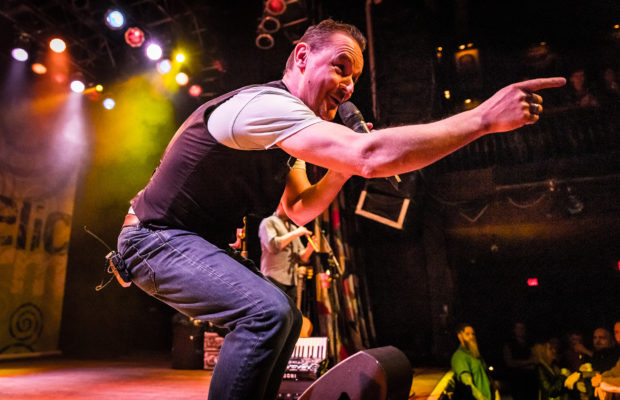 On Thursday evening Gaelic Storm colored the House Of Blues in Cleveland in green. The show was opened by the local Great Lakes Pipe Band and right at that moment, everyone in the room started to feel Irish.

The band is originally from California, but they sure look and sound like a traditional Irish folk band. The band consists of talented musicians that each bring their own, unique talents to the band.

Their show at the House Of Blues included a great mix of dancing, singing and storytelling. I really enjoyed their battle of pips vs. fiddle where they showed off their enormous talents.

And what would a Gaelic Storm show be without advice about traveling to Ireland? Lead singer Patrick Murphy often gets asked what to see when going to Ireland. He said everyone should do the tourist stuff in the first 1-2 days and then get a rental car, throw out the GPS and just drive and experience a traditional Irish Pub. I can’t wait to follow his advice next time I go.

After 11 songs Patrick jokingly said “11 songs down and only 62 to go. If I were you, I’d call in sick tomorrow”. And how I wished the night never ended. But it did, with a bunch of audience members being allowed up on stage singing and dancing and waving both the Irish and the American flags.