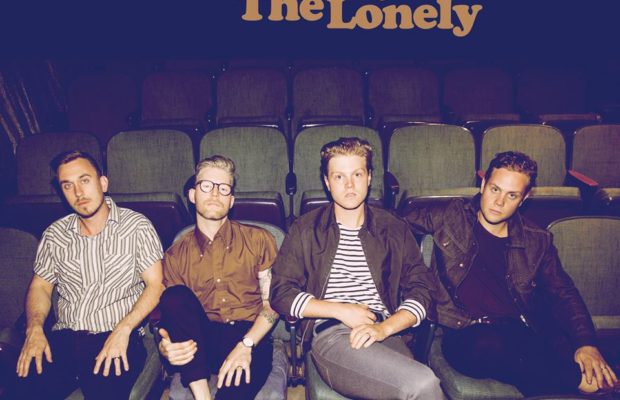 Colony House, a band from Franklin, TN have delivered listeners with Only The Lonely: an album that only a band from Tennessee could make. The band first fell onto the scene with their powerhouse debut record and hit single, “Silhouettes”. After embarking on a handful of nationwide tours, Colony House began to draw attention to themselves with their fun beats and catchy tunes. Three years later and the band have created a 13 track album that experiments with new sounds that are perhaps more tied to their Tennessee roots.

The album takes a slow introduction, opening with “Cannot Do This Alone”. Bellowing “Oh’s” echo over the guitar and drums, infusing the listener with an adrenaline rush so powerful they might as well climb a mountain while listening to this song. “1234” follows and it’s soulful guitar creates a “saloon in the wild west” kind of atmosphere; a new sound for Colony House. However, it isn’t the fourth song and hit single “You & I”, when the album finally begins to pick up. While not as fast-paced as their previous hits, the tune is a front runner for the album, pulling inspiration from fellow indie-rock bands like Finish Ticket and The Shelters.

After “This Road” and a 30 second intermission, the record begins to pick up. “I Want It All” is a drum-driven edgy rock tune that is sure to get any listener amped up. Colony House chose to conclude their Western-infused rock heavy album with a ballad. “This Beautiful Life” is a song which more of less questions the meaning of life. It opens with the strumming of a few chords on an acoustic guitar, before vocalist Caleb Chapman sings, “What in the world are we doing here?”, an iconic opening line and a question that I’m sure we’ve all asked ourselves before. This slow track sedates the listener and offers them with a pensive ending note to the album.

While Colony House came out swinging with their debut record and hit “Silhouettes”, listeners can expect to see a more mature and less indie-pop sound. With Only The Lonely the band clearly explored the musical roots of their hometown in Tennessee, basing it as the main influence on the record. For many bands the sophomore slump can be detrimental, and while I don’t think that Colony House has fallen directly into it, they are surely suffering some consequences of it. Perhaps fans can expect to see a culmination of sounds both new and old on Colony House’s next album!