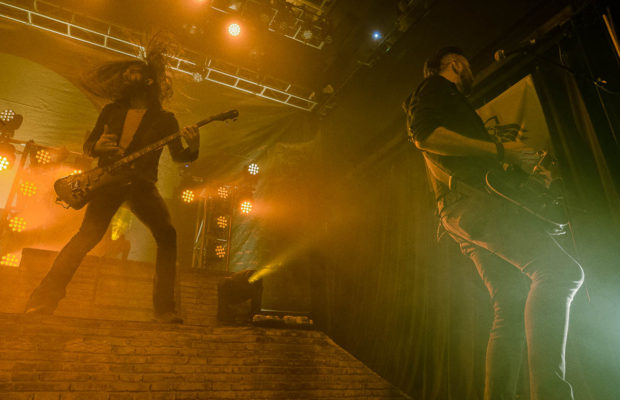 Pop Evil kicked off their Rock ‘N’ Roll Now Tour in Louisville, KY on Tuesday night .  They put on an energetic performance to a sold out venue of eager fans and were very engaging with the entire crowd, as well as with each other.  Lead singer Leigh Kakaty started the show by waving the band’s rock and roll flag, and kept it around his microphone for the entire show.  Their stage set up was impressive and included a massive lighting display, fog machines and multiple stage platforms for the band members, which added to the overall live experience.  It was apparent by watching them that they love their fans and performing that their goal is to put on the best and most fun and energetic show possible for the crowd and they succeeded!