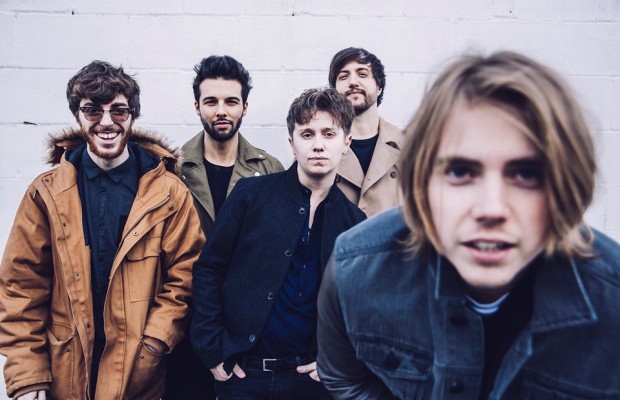 Selling out the O2 Forum in London’s Kentish Town, the five members from Essex that make up Nothing But Thieves brought one of their best performances to the crowd of nearly 2,500.

Opening up the fourteen song set list with “Itch”, a track off of their self titled album that was released in the UK last year and this past February in the states, the energy from the crowd could be felt throughout the entire venue.

One of the most striking traits found within Nothing But Thieves and their music is the unique and overly powerful vocals of frontman, Conor Mason. With extreme control over his voice that allows him to sing within his low register and hit those hard hitting notes throughout the set, Mason’s voice is unlike anything else in the alternative rock industry right now.

A highlight of their set was during their song “Hostage”. A track that is clearly a fan favorite, the crowd seemed to lose control during this moment in the set. The sea of people on the floor were jumping to the music while those up above were out of their seats and singing along to every word, breaking out into one of the loudest applauses of the night when the song came to an end.

Breaking up their set with tracks from their self-titled album, Nothing But Thieves threw in a cover of “Where Is My Mind?” by The Pixies. Perfectly placed towards the end of their set, many groups in the crowd were seen gulping back pints with their arms wrapped around each other. The inclusion of the cover not only showed the music that has influenced Nothing But Thieves, but also showed that those in the crowd have an extreme appreciation for music in the alternative rock genre, both old and new.

One of the best parts of the entire night was hearing the crowd sing along to each song, even singing over Mason during some moments. The powerfully written songs on their self-titled album were given a new life by the thousands of voices in the crowd that came together to sing the words back to the band that wrote them.

On top of that, the members in Nothing But Thieves have truly perfected their stage presence over the four years they have been a band. Sounding nearly perfect on each song while still managing to interact to those in the crowd and put on a true performance, Nothing But Thieves is a band that anyone can enjoy.

It is very clear during their live set that all of the members that make up Nothing But Thieves have a strong love for music and performing in front of a large audience. Multiple times during the show, guitarist Joseph Langridge-Brown and bassist Philip Blake were seen towards the back of the stage, playing and interacting with drummer James Price, huge smiles on their faces. The constant interactions between the members and crowd show that there is a strong bond within the band and also with those that follow their music.

Closing the show with three encores, “If I Get High”, “Trip Switch”, and “Ban All the Music”, the final three tracks caused the most amount of energy to escape the audience,  sending everyone into a high as the set came to an end.

As one of their last headlining shows before jumping on tour as support for Muse, the talent and musicianship shown by each member at this sold out London show is proof enough that the alternative rock scene has a new band that can not only craft well written songs, but have the ability to entertain anyone well into the late hours of the evening.