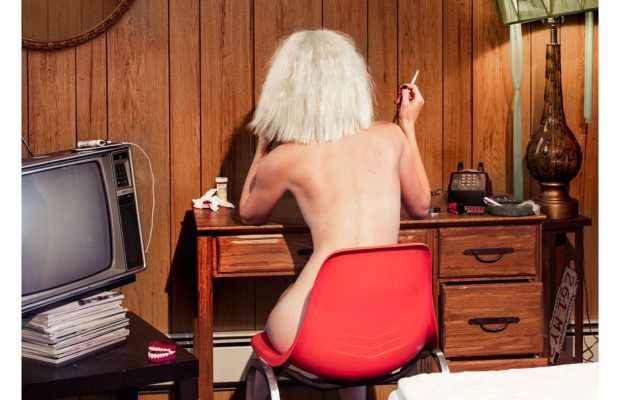 Many people would say that the days of gritty rock n’roll have passed. That it’s so hard to find that edge with heavy guitar and gnarly vocals. However, The Orwells have made a name for themselves by pouncing on a seemingly distant style of rock music. A style that fits them perfectly and have allowed them to soar to new levels on their sophomore release Terrible Human Beings.

The Chicago-based punks put forth a strong, 11 track record. Terrible Human Beings opens with the hit single “They Put A Body In the Bayou”, the garage rock anthem that sets a stellar tone for what the remainder of the album sounds like. “Vacation” is a catchy ear worm tune that shows of the controlled guitar technique of Dominic Corso. The record is a sweet slice of the rock revival pie thanks to the rugged instrumentals and sassy vocals and lyricism by lead singer Mario Cuomo. Listeners don’t have to get far into the album before they begin to see the themes that are thread throughout the album like masturbation, murder and other lovely dinner table conversation topics. “Hippie Soldier” is a tune that is reminiscent of the 70’s. It makes you wanna just throw on a pair of bell bottoms and hop in your convertible for a summer drive. The album concludes with “Ring Pop”. The song begins with a cacophony of guitars that all come together to sound distinctly like The Orwells, before Cuomo’s deep voice floats into the listeners ear. The band chose the perfect song to end their killer album with.

Terrible Human Beings is an amazing debut album. For all listeners and fans who may have feared that the band would succumb to the sophomore slump, think again. Not only have they not fallen victim to it, they have completely surpassed it! The lengthy album shows a diverse range of musical influences from straight up rock to jazz and even a little honky-tonk! No track is the same as the other and the albums allows for each band member to flaunt their talents and skills. It’s exciting to think about all of the places that The Orwells will go in the future, but for now fans should be sure to catch them on their upcoming US tour which includes the big name festivals Gov Ball and Bonnaroo.