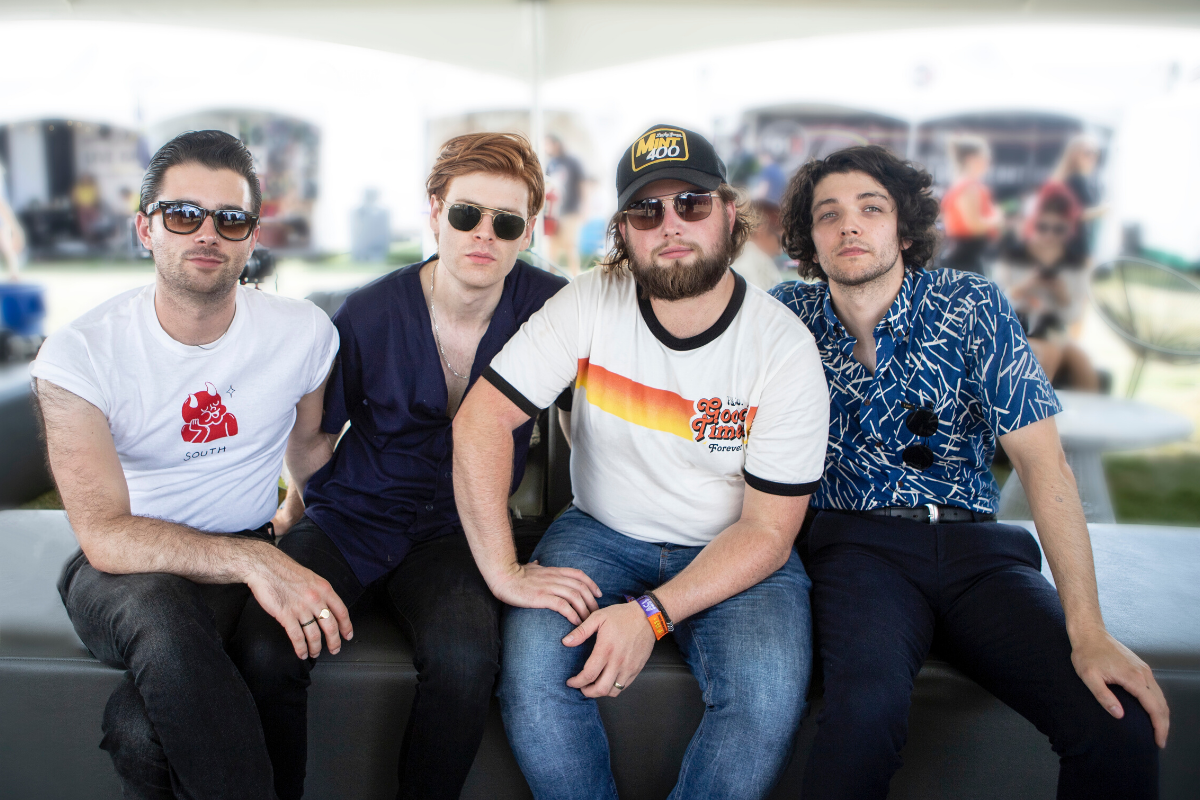 The Amazons formed in 2014. Since 2017 the alternative rock band has rapidly flourished. In 2017 they released their self-titled album The Amazons, which peaked at number 8 on the UK Album Charts. They were named the band to listen to in 2017 by NME, BBC Radio and The Independent. They just released their follow up album, Future Dust In May of this year. You can add playing at Austin City Limits Festival to their list of accomplishments. Anyone who is interested in rock and roll, brilliant guitar riffs and intonation vocals definitely check them out!

If you didn’t get the chance to catch them at ACL check out their album Future Dust for a rock and roll experience.

Check out the music video for Mother below!

The Amazons are taking the alternative rock music industry by full force and aren’t stopping there. We can expect outstanding things and more phenomenal music in the future. They’re currently on their Future Dust tour which began in Paris, France and will wrap up in Bologna, Italy. Then head on their UK tour which begins in Birmngham, UK and finishes at the Brixton Academy in London, UK.

Check out the full tour dates below.

This year being the first time The Amazons played at Austin City Limits and only the second time visiting Austin, TX  you can bet they were ready to rock! Austin City Limits was lucky to have them. It was a hot day for sure! I had the pleasure of interviewing the four-man group Matt Thomson, Chris Alderton, Elliot Briggs and Joe Emmet of The Amazons.

Check out what they had to say below!

M: Is this your first time at ACL?

Matt: This is our first time at ACL and our second time in Austin.

M: What are y’all most excited about?

Matt: We were pretty excited about playing but we have done that now, so were looking towards other things to be excited about. We’re excited about  The Raconteurs, Guns and Roses and just generally being in Austin its great.

M: Do you get nervous being on stage?

Matt: It depends on the show. I still get nervous with hometown shows they’re more emotional and meaningfull.

Joe: The last show of the tour is really quite emotional for us.

Matt: We’ve played a lot of big festivals in Europe and they don’t have the kind of weight or name like ACL. At the end of the tour were doing a show at The Brixton Academy. I think that will be quite nerve racking because how much value goes into the show and its a big stage.

Matt: Just being able to be completely in present and in the moment. I don’t think you get many opportunities to do that in life. You know that’s what rock on roll is really just being in the moment. Whether your just screaming out the words to a song in your car,  in your kitchen when your doing the washing up or when you playing a show to thousands of people its all the same.

M: What artist are you most excited to see?

Elliot: I think it will be pretty cool to see Billie Eilish in the states. We saw her touring in the UK it was just before her record came out I think.

M: Who were your musical influences growing up?

Elliot: Turn it down!

Matt: Your in the family car on a holiday and you put Rage Against the Machine on on their like “Fuck You, I wont do what you tell me!” and your dad slowly turns it down and is alright we have had enough of that.

Chris: I can actually imagine him doing that..

M: Did your parents ever say turn the music down?

Matt: Oh yeah. Don’t worry about Rage Against the Machine here is Pink Floyd and then your like no, but appreciate after all.

Elliott: What was the story about your parents and you playing  Linkin Park. They like sat you down right?

Matt: I was playing Hybrid Furry really loud one day and my dad came in and sat me down. Do you think this guy is angry? Why do you think he is angry?

Matt: I dunno like when you’re a teenage lad you just want tear your fucking bedroom apart. Do you know what I mean? You just have so much fucking energy. So what do you do when you get home from school when you been in class all day?

Joe: Get home put Slipknot on jump around and you just want to throw shit around and slam your door all that good stuff.

Joe: Me and my mates use to do that to slipknot. We would pretend we were in the band.

Joe: Everyone was a different character.

Joe: One of my mates used to spray like links deodorant around the room. So everyone was coughing and getting sick. He was kind of weird.

Matt: Hey he’s resourceful. He was trying to create an ambiance

Joe: He was like you didn’t have dry ice, so yeah.

Matt: It was a riff we been knocking around for quite some time. We grew into it. I think there was an artist called Son House a devils blues artist from the 40s and 50s. He’s got a song called Grinnin In Your Face. Which I found through Jeff Beck on youtube. The lyrics on that song are so defined and so raw that really kinda formed the direction of where I wanted to take that song really. It’s you against the world.

M: What was your most memorable moment working on future dust?

Matt: When Chris basically cut his finger off?

M: Oh my! You cut your finger off?

Elliot:  He grew it back

Joe: It was fucking terrible

Chris: It’s  fine now but kind of annoying because I was hoping to get a big scar. Yeah I cut through the top of the nail and a corner of my finger off while I was cooking for the band. We had to go to A&E and get it all patched up. When we got back we had a slice of what I had made and it was really good. Which is nice because if it was terrible it would have been a real kick in the ass after that experience.

Matt: We appreciated that. Chris is an amazing cook.

Elliot: We took  the  piece of finger he cut off to the hospital and we had it in a bag of ice. They didn’t want it. They were like its cool it will grow back on its own. Its fine! So we went back and put the piece of finger back in the freezer and when we left the studio when the record was finished we left it in there by accident.

Joe: So it’s probably still in there amongst the peas.

Matt: Were finishing up the touring for Future Dust in the UK and Europe at the end of this year. I think were going to release some new music next year. Were going to work on some other stuff that’s kind of around the band, but not quite music that we will reveal in good time. I think we will spend most of our time here because it takes a while to do anything here.

M: Is there anything you want to share with our readers?

Matt: Keep rocking in the free world! The Amazons love Austin made bourbon. Were excited to come back and we got some days off in the city we love being here.