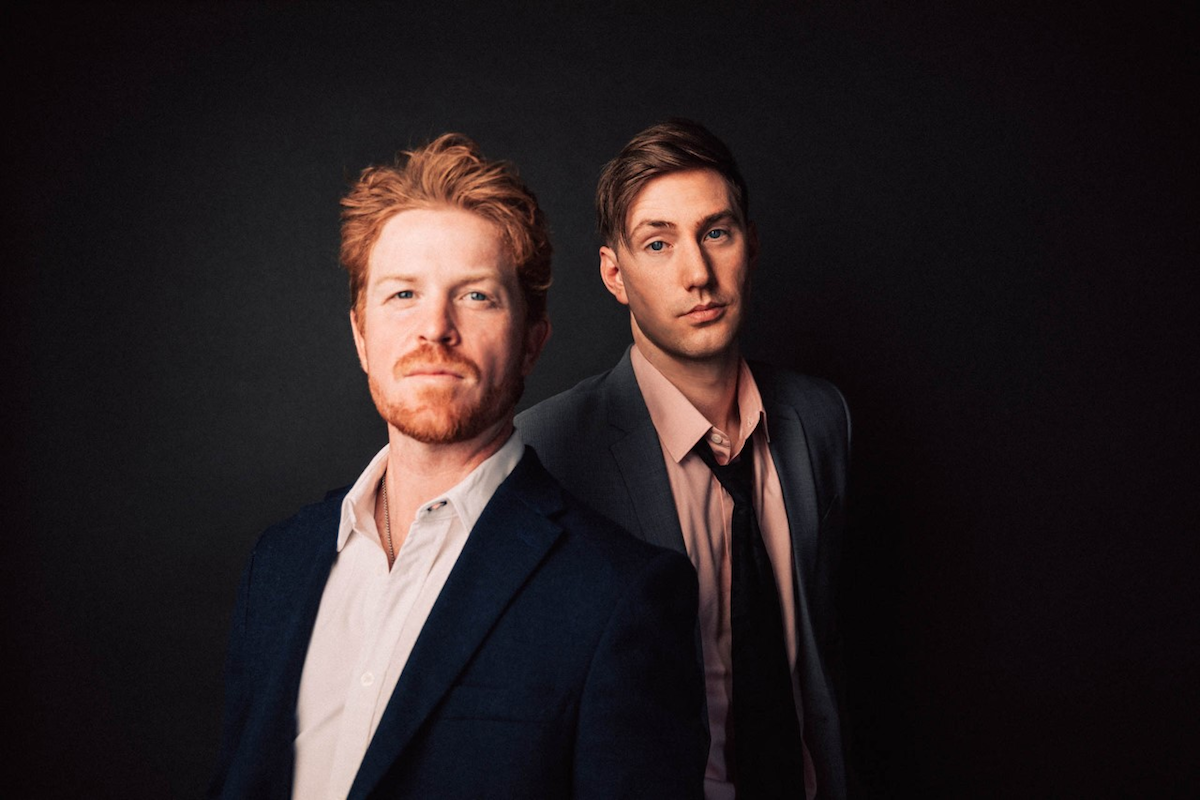 Houston band Polaroid Summer formed in 2017 with members of well-known local bands VerseCity and Lost Element. Performing a blend of pop rock music with electronic elements, they put out 5 singles from 2017 to 2019 & toured regionally performing on college campuses all over Texas and selling out headlining shows in Houston, Dallas & Austin. During the short two years as a band, Polaroid Summer was named one of the top 100 “Hot new Artists” in Music Connection Magazine, won new band of the year at the APCCA awards and performed twice at the MUSE Expo in LA. Although they had started gaining momentum as a 4-piece, when the pandemic hit, the guys all decided to take some time to focus on themselves and their families. In the Spring of 2022, Brian Barrett (drums) and Micaiah Walker (vocals) decided to meet up, ultimately deciding to continue on with the band as a duo, albeit with different priorities. Having both become parents, their perspectives on making music and approach to the band had changed. They are now making music for the joy of it, without the stress or cares of “making it”. With this new chapter of the band, the two had several productive writing sessions and came away with 6 brand new songs ready for production for which they reached out the LA based producer Mike Hart. Hart helped bring the song to life and after Walker took a trip to LA to record vocals and add the finishing touches, the excitement for these fresh tracks became real. Polaroid Summer released their first single as a duo, “A Little Bit Closer,” on November 11 and their new EP will be released in 2023. Excited about releasing new music over the next few months, Barrett and Walker have no concrete plans for their new musical endeavor beyond that other than to just see where this new chapter takes them. With busy and fulfilling lives outside of music, they have a found a balance between focusing on family and having fun with music! Make sure to follow Polaroid Summer to stay up-to-date on all upcoming band and album news!

The two of you helped form Polaroid Summer in 2017 and put out several singles between 2017 and 2019, before the pandemic hit and the band took a break to focus on family. What can you tell me about those early days of the band and how it has helped you to grow both personally and musically?

There was a lot of excitement at that time. We had been in different bands that had already had some success and felt like we were building an “Allstar” group. Personally it was cool to work a lot of new people and navigate new relationships & friendships. Musically, as always, it was fun to create something fresh, and again working with new people made the experience feel brand new and different than what any of us had done before.

It made us not give a fuck… Are we allowed to say that? Haha. The pandemic forced us out of the rat race that is trying to make it in the music industry and allowed us to get a better perspective on what’s important in life. We don’t care about “Making it” anymore. We would love for people to like our music but we created these songs purely focused on our own enjoyment.

The two of you decided to reconnect in the Spring of this year, but with a different outlook on life as new parents and having faced new challenges. How did that reconnection come about and as the predominant songwriters in the band, what was the songwriting process like after 3 years apart? Had your approach to songwriting/songwriting process changed?

Before the pandemic hit, we’d had a few writing sessions and some songs we were excited about and I think we both knew we would finish them at some point, just didn’t think it would be several years later. We’d gotten an advance from a publishing deal right before the pandemic and the money had just been sitting there. Late 2021, Brian & myself got together for drinks to catch up and he mentioned he wanted to give me my share of the money from the advance, and I suggested we use it to finish some of the songs we’d written years before. He loved that idea and suggested we write some new tracks as well. We started with 15-20 songs and narrowed it down to 5. It never felt like a struggle and all came easily.

As new parents, what has it been like finding balance and venturing into this new chapter of the band, having kids at home? How has it changed your approach to the band, whether with band practice, songwriting, and/or eventually touring?

Wellll, band practice is non-existent. We do miss performing live but for now its all about the music. If the right opportunities present themselves, we can hash out several rehearsals and be good as we’ve toured extensively. But as of right now we have no intentions to perform live, therefore no need to rehearse. Just writing and releasing music. This decision is directly related to being fathers and all the responsibilities that entails.

What has it been like operating as a duo? Are there things you miss about being a 4-piece band or do you feel that this presents new opportunities?

Scheduling has been easier haha, but because we are not currently performing live it really hasn’t felt much different.

In 2018 you released “TIDES” about substance abuse, anxiety, depression, and the different struggles many face and have talked about how the goal would be for the song to inspire at least one person to make an inward change and how that would make it all worth it. Having received great feedback from friends and fans, what are your thoughts on music as a way to inspire change, connect with people, and create a community and allowing people to feel less alone?

Inspire, hope, joy, nostalgia, hurt, pain, connection, community… This is what art is for. People want to feel something and music can do that. I try not to think about these things when writing because I don’t want it to affect the way I write, but I believe music has a special power that we’ll never completely understand.

What can you tell me about the new material and your soon to be released first single as a duo, “A Little Bit Closer”? Are you experimenting with different sounds than before?

“A Little Bit Closer” is a vibe. Maybe my favorite song I’ve been a part of. Any fan of our old stuff will hear our sound has evolved in a great way and this is credit to our producer Mike Hart. Hart helped us find our new sound. My voice is probably the only thing that truly holds together our sound before and our sound now. We’ve simplified things and its opened up a cool space our music needed for this new chapter.

You have released some great music videos as a band! Do you have any videos in the works for the new songs or plans to film some?

Yes! In the past we strived to work with great creators and have cool videos and we plan to continue that as we have a couple videos in the works with creator Arief Stark.

Micaiah- You are also a basketball coach in Houston with Automatic Athletics and Brian- You are a business owner and photographer! What can you tell me about your lives and interests outside of music?

(Micaiah) – Basketball was my first love and music was second. As a kid when people would ask what I wanted to be when I grew up I would say “singing in a basket” and then explain, a NBA player and a singer. I quit basketball at 18 to pursue a music career but I’ve come full circle with my youth basketball program Automatic Athletics. I love coaching and building confidence in the kids in my program. Also, playing basketball a few times a week is how I stay in shape!

(Brian) – Life outside of music is very hectic, but also very rewarding. I’ve 80 amazing employees that I get to work with week in and week out. I also get to work closely with animals which always brightness my day. Music and photography have always been my creative outlet and escape. Creating has always been a passion of mine and when things get overwhelming, it’s nice to have those as my outlet.

What’s next for you? What do you love most about making music together again and what are your goals going forward?

We have both enjoyed creating these songs and are excited about releasing them over the next 6 months but past that we don’t have any plans. Honestly, music is purely love and passion for us now. We’ll go where it takes us.