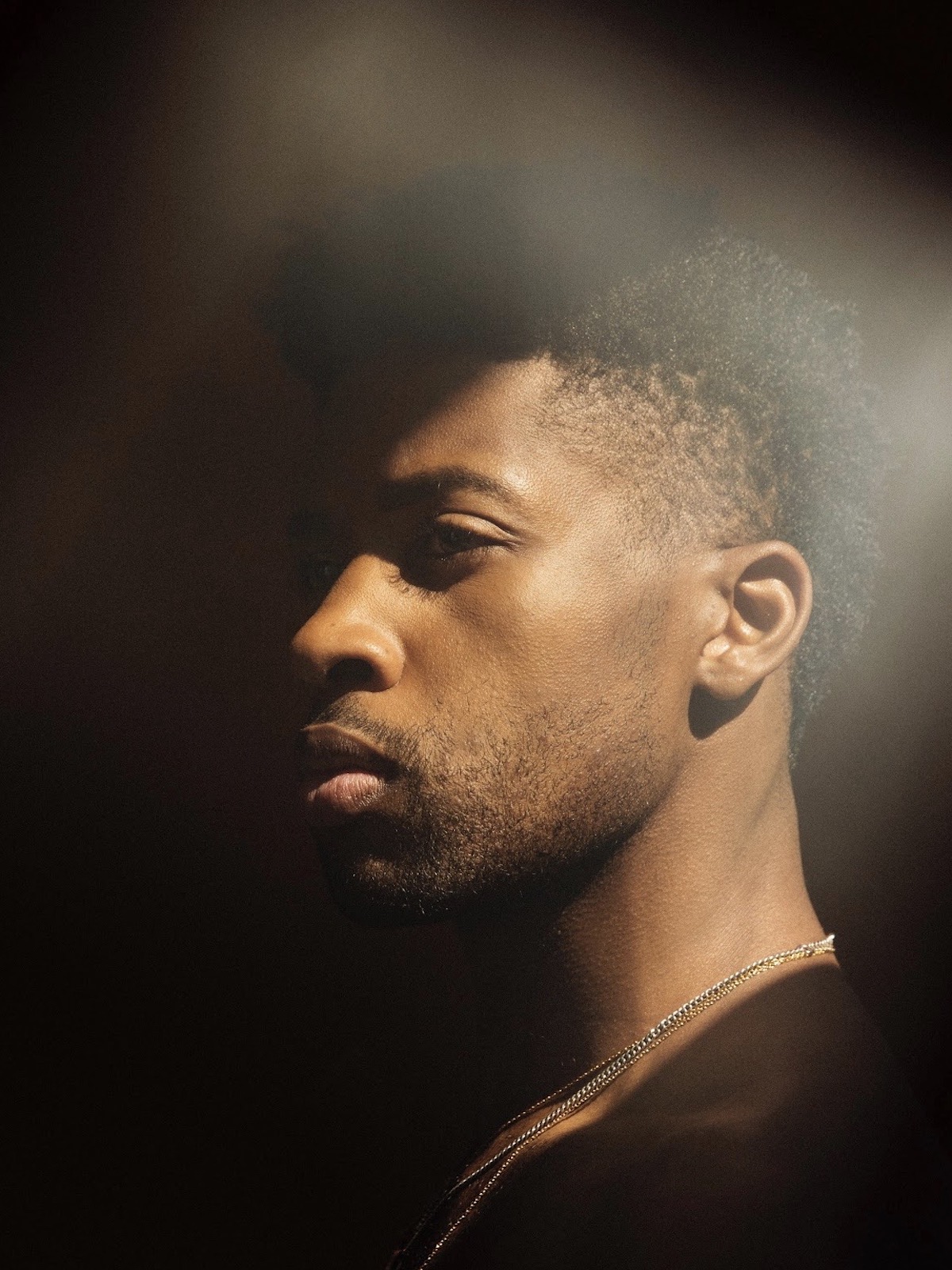 “I went to the studio with the intention of writing a dance song, but after receiving news of yet another vicious attack, I broke down in tears,” says independent alternative artist Doug Locke about his new single “Why?” from his recent EP Why? (Lunar II) (released May 26, 2020).  “On the heels on what feels like a never ending barrage of ongoing police brutality, murder at the hands of law enforcement and rising hate crimes, I felt broken.”   With this year’s seemingly continual news cycle of violence, racism, and, in far too many cases, senseless death of Black men and women arising from the volatile environment and socio-political atmosphere, Locke felt the pressure, the tension and the oppression that he as a Black man was confronted with not only in recent time but his whole life.  “When I heard the news of the George Floyd murder on the heels of the murders of Breonna Taylor and Ahmaud Arbery, and the Christian Cooper incident in Central Park, I knew I had to release the song.   It is my response to the feelings that have been rising in me ever since my heart broke in 2012 with the murder of Trayvon Martin.”  An alternative R&B pop song that resonates with an incredibly infectious melody and beat and armed with a powerful message, “Why?” carries a massive punch that doesn’t fade from memory once the song ends.  “I began writing this song about a year ago with my longtime collaborator Eric Lee McNeely,” he explains. “Eric and I kept asking ourselves why this continues to happen and the song was born.”  Like some of the most impactful work of art, “Why?” works on multiple levels, not only addressing the violence against POC but also the plight of LGBTQ, of which Locke is a member.  “The bridge is a reference to the victims of the massacre at Pulse Nightclub in Orlando, Florida,” he explains, referencing the massacre on June 12, 2016 when a mass murderer opened fire in a popular gay nightclub and killed 49 and wounded 53 others.  “I remember how my heart broke as I watched Anderson Cooper read the names of all of the victims of the shooting,” he recalls.  “When I think about the moments throughout my life that changed me at my core, that was one of them.  I had no idea there was so much evil in the world.  I was absolutely gutted and afraid.  When writing this song, I wanted to include a reference to honor the victims as they will never be forgotten.  I also wanted to draw that parallel that violence against any group is a crime against humanity.”  “#SayTheirNames,” the second track on his Lunar II EP, follows in the highlighting of the injustices racial discrimination that Black and other POC are subjected to.  Set upon a minimal keyboard melody, he recites the names of Black people killed by law enforcement, creating a chilling and affecting track that shines a spotlight on the vast number of those killed.  “I wanted to honor the lives lost over the years,” he says.  “I made a point to research each person and read about their lives and what happened to them so that I could visualize each one of them as I said their names during the song.  We chose to let the music go on after ‘George Floyd’ to leave space for those who will unfortunately come after him and to give the listener a moment for it to all sink in.  These were all people with hopes and dreams and families.  They will not be forgotten.”

The son of celebrated Texas Civil Rights activist and leader Gene Locke who was one of the first black students at University of Houston in 1965 after the school desegregated in 1963, Locke uses his music as his platform to spread his advocacy for Black and LGBTQ rights.  “One of the gifts of having parents who are committed to social justice is that I grew up with a clear understanding that while we live in an imperfect world, we collectively have the power to fix it,” he explains.  “My feeling is that we are only on this planet for so long; we have to talk, listen and learn from each other if we are ever going to move forward.  I believe that it is our responsibility to leave this planet better than we found it, and I choose to use my art to provoke conversation.  We are on the precipice of two warring ideals.  Now is the time to decide what kind of country we want to live in.  We are in a fight for the soul of America.  The choices we make today will control the narrative of our future as a Nation.”   In the entertainment business over ten years ago, Locke got his start as an actor playing a young Jimi Hendrix in the short film A Technicolor Dream.  Having appeared in countless other TV shows and films including Jane The Virgin, Bones, House MD, and in the Reese Witherspoon film Home Again, he augmented his onscreen credits with a healthy music career.  Among the many press lauds he has received include The Huffington Post, AFROPUNK, OUT, Idolator, GLAAD, Logo’s NewNowNext, PopMatters, and American Songwriter.  Lunar II is the second part of the trilogy The Lunar Series.   Lunar I included the arresting track “Black Travolta” which SHEEN Magazine said, “man, did he make a statement on his big return” and American Songwriter chimed, “‘Black Travolta’ turns up the disco bassline in this Spaghetti Western theme song to Full Throb…  Its mere existence may be manmade, but its groove is real.”

Now, with the second part of The Lunar Series trilogy released, Locke is prepping to launch his music career even farther, being led by the phases of the moon.  “I’m definitely a bit of a magical Aries hippie,” he laughs.   “I have been observing the lunar cycles for years now and tend to do a deep meditation and reflection with each full moon.  I’ve noticed huge shifts and revelations tied to the full moon.  It brings out different colors of my personality.  Each EP in the Lunar Series is a different phrase of the moon.  Different sound, vibe, theme and flavor.  Ultimately, the album which will include songs from the EPs will be called Full Moon.”  Until he arrives at the moon in all its bright and powerful glory, Doug Locke will continue making music and stamping his indelible mark on the world.  “I feel like the world is finally listening to what Black and Brown people have been saying for decades,” he concludes.  “I grew up on the other side of the Civil Rights movement and all of the perceived societal advances.  In many ways the magnitude of this movement now feels like what I can only imagine it must have felt like in 1969.  Never did I think that in my life I would see such a movement at this scale.  As a result, I am even more committed to speaking up, speaking out and sharing my truth through my art and my activism. I feel like our words are no longer falling on deaf ears.”  You can follow Doug Locke and stay up-to-date with all upcoming music and artist news, as well as stream and purchase his albums, via the following links.  Cover photo credit: Jeremy Jackson.