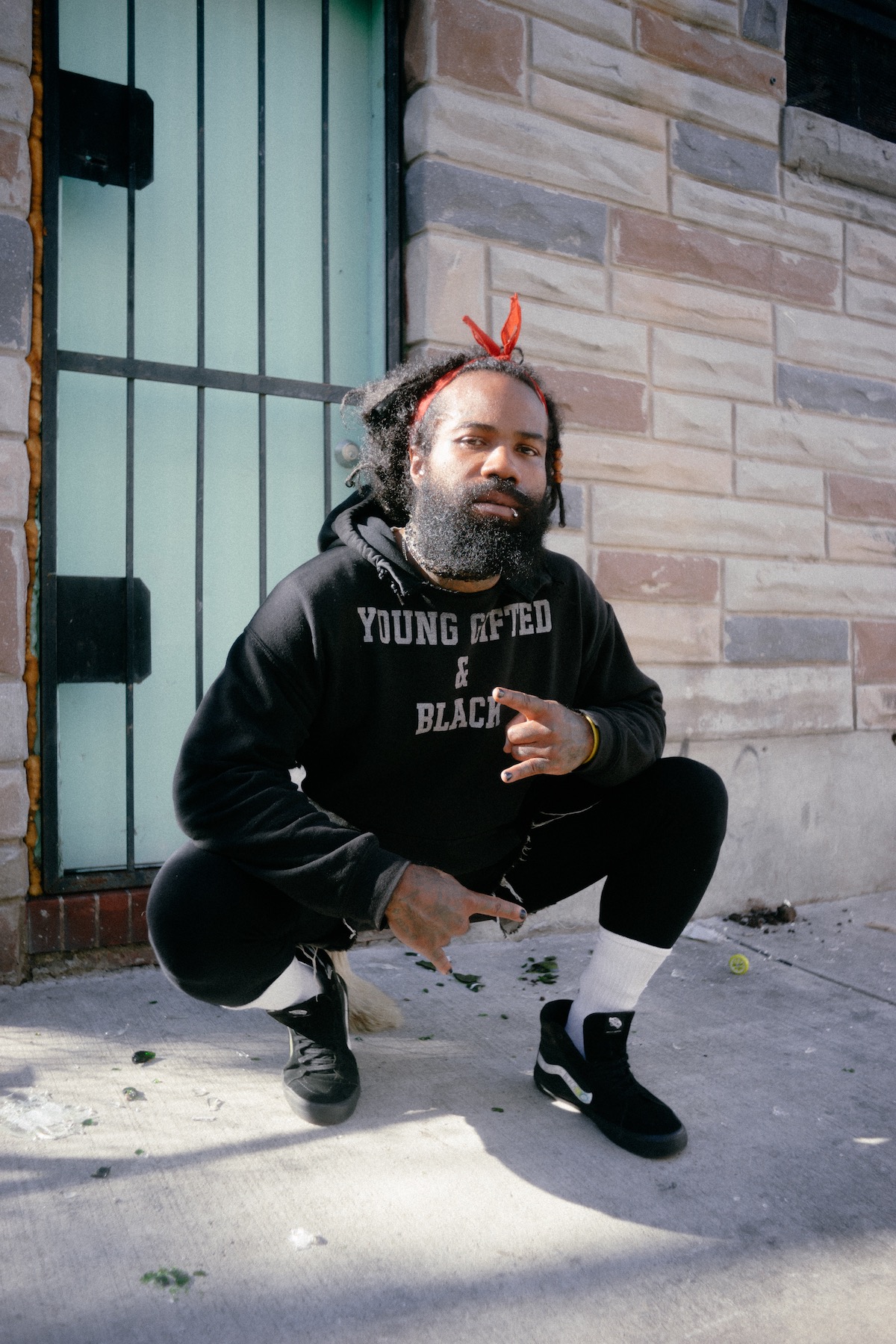 Josh Stokes, a Baltimore-based drummer, singer, & producer operating with every genre from Hip Hop to Funk to Rock, is a musical force to be reckoned with. His childhood was steeped in faith, family, and music/the arts, and his gifts were nurtured throughout his childhood. Growing up in the church, playing drums, watching choir rehearsals, and watching plays come together are all experiences that shaped his life. Josh has performed, recorded, and toured with many artists over the past 20 years, such as Redman & Method Man, Marsha Ambrosius, Kim Burrell, Erica Campbell, Future Islands, Jpegmafia, Abdu Ali, Joy Postell, and Blaqstarr to name a few, allowing him to learn many lessons that have shaped the artist he is today. With a sound he calls New Age Funk, his music blends new-age soul with a twist of R&B, funk, and psychedelic punk. In 2020, Josh hosted 2 outdoor music festivals in Baltimore, NuLove 1 & 2, bringing the city together and offering a break from Covid, with a documentary later being made about the festivals. Having released his first solo album Who Is Josh Stokes? in 2016, Funktion in 2018, and Toons in 2020, 2021 saw the release of his latest album God Jewel, inspired by the perseverance and belief in one’s self, while showcasing a family of songs surrounding life, love, and new sounds.

His latest single, “It’s Your World”, featuring fellow Baltimore artist Al Rogers Jr., is what Stokes described as “the song of the summer”! The broader message of the song is that it’s your world! Don’t ever let a person tell you what to do or put you in an uncomfortable space. It’s all up to you. Take that knowledge and keep living. You have the power! He also just released the official music video for the track, inspired largely by Janet Jackson’s “Got Til It’s Gone” video, with the desire to show the beauty in people just as they are. His over-arching message is one of empathy, love, understanding, and respect for each other and being the best you can be and inspiring that in others. “Just letting people know to love themselves and to take it easy on themselves and that they are worthy. I think that’s going to continue to be my message from now on. My overall message is just love and revolution.”  Stokes is preparing for his upcoming God Jewel Tour, starting on July 1st in Baltimore, so make sure to check out the tour dates below and catch a show! He will also be releasing his next album in October and has another tour planned for November! With plenty of exciting things to look forward to in the months ahead, make sure to connect with Josh Stokes via the following links to stay up-to-date with all upcoming tour and music news!