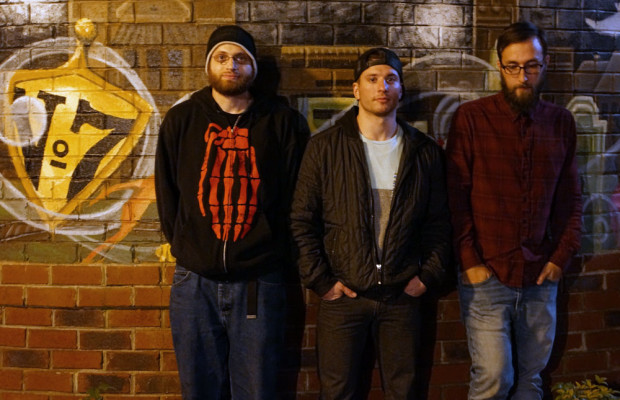 From Long Island, NY comes the upbeat pop punk trio The Nightmare Police who perfectly combine the familiar pop punk vibe with their unique twist. Since their inception in 2014, they have released their debut EP If Only I Could… and played many great shows. The band has also recently joined the Not Safe To Drink: Music For Flint Water Crisis Relief compilation, which is available for preorder.

Would you say that your local music scene in Long Island has influenced you in any way? How?
Yes, from a very young age I was a part of the Long Island scene. I grew up listening to bands like Brand New, Glassjaw, Taking Back Sunday, Midtown, Saves The Day, Thursday, Patent Pending. All bands that were from the Long Island scene or right around it. All of these bands made me who I am today and allowed me to want to do this and gave me my love for playing music.

Although there are many different pop punk bands out there, some similar sounding, your music has an upbeat and “fun” twinge to it that makes it very unique. How did you come up with your “sound”? Was it something you aimed for when the band first started or did it evolve from something else?
When writing “if only i could…” I found myself delving into the depths of my music tastes. This was the record that, since I was young, I wanted to write. There were so many bands I was listening to at the time that I guess that’s how the “sound” came about. Honestly, I just wrote what came to mind and this is how it came out.  However, it did evolve from a more punk sound that was the origination of the band.

The band has just turned two! During your experiences while creating and playing music in these past two years, what would you say is the most important thing that you’ve learned?
Thanks! The most important thing I’ve learned doing this is to just keep your head up. You’ll hit so many roadblocks along the way in this business. Your family, your friends, even some people in the business will tell you to stop, to tell you you’re not good enough, tell you it’s not worth doing, you wont make any money. Don’t listen. If you love what you do, do it. Don’t let anyone tell you otherwise.

Is there a message that you’d like listeners to grasp through your music?
Positivity. We like to think that as “The Nightmare Police” we are actually policing nightmares. By writing songs that people are able to relate to we feel that it can help someone feel better about a situation because now they know they’re not alone in feeling that way.

Your EP ‘if only I could’ was released back in October of last year, what has the reception been like on it so far?
It has been great! At least no one has told us it sucks yet.

What is your favourite song off of the EP and why? What is it about?
My favorite song is the closing track “Let The Curtain Rise”. The was the climax track meant to symbolize my personal growth while writing the album itself. It talks about how scary things can be but how amazing they are once you take the reins and just run with it. Don’t let life hold you back. It’ll all be worth it in the end.

Do you guys have anything big planned for 2016? Any plans for hitting the road?
We do! We’re hitting the road at the end of January to do a few dates in New England and following that up with a full East Coast run in March with our friends in Worth Taking.

As a band, what is the biggest challenge that you’ve faced? How did you overcome it?
The biggest challenge we’ve faced thus far was solidifying our line up. Since we used a studio drummer to record our album. (Thanks Chad!). We had a hard time finding our identity. After going through a few different members and trying different line ups. The EP dropped and everything fell into place with Joe and Steve. Couldn’t have asked for a better crew to surround me for these tours.

Thank you so much for this opportunity! Is there anything else you’d like to add?
Thank you for interviewing me! I really appreciate this! We’re looking forward to meeting new people on the road and get our music outside the state. If you like our record, THANK YOU! If you haven’t heard it yet, I hope this interview gave you some more insight and enticed you to give it a spin on your record player. We have nothing but love for everyone. See you soon!

Watch their music video for “Eighteen” below!