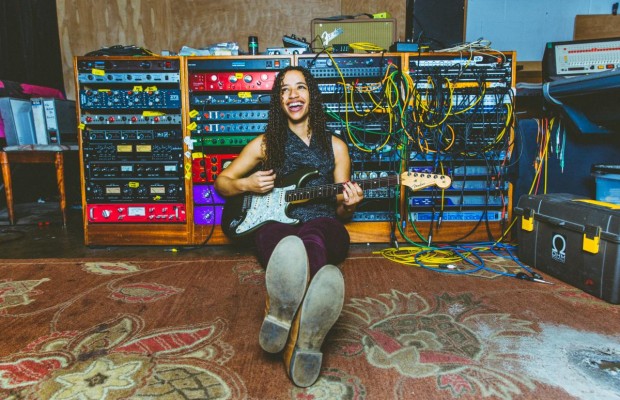 We had the chance to ask Jackie Venson what her most memorable show was! Check it out:

A 9-hour road trip is never as easy as you would like it to be, and at the 5th hour of the trip I was concerned about the 4 remaining hours. I was in Germany traveling to Poland with a band I had only met once before. Fortunately these guys were the nicest however we still had to arrive in the port town of Gdansk and play a festival that night at 9pm! With an arrival time set to 4pm that meant I had a measly 5 hours to recover from the road trip and get into show mode. As we finally pulled around to the back of the festival grounds to unload I happened to see the lineup posted in outside of the artist area. A few bands listed all leading up to my name “Jackie Venson (headliner)”. I looked straight at the guitar player wide-eyed and asked “Jan, am I seriously the headliner for this festival? When were you going to tell me that?”. Jan laughs and says, “Jackie, I thought you knew!” So there I was after a huge road trip having to gather my wits about me and then headline a festival for the first time in my life, in Poland! It ended up being amazing. I was able to sneak another nap and a nice shower in and the crowd was incredible. It was one of the biggest crowds I had ever played in front of however at the end of the show was when it was the craziest. Folks were standing outside of the gates with sheets of notebook paper putting them through the fence and handing me a marker to autograph with. It was a moment of clarity for me that I was in the right place and doing the right thing.