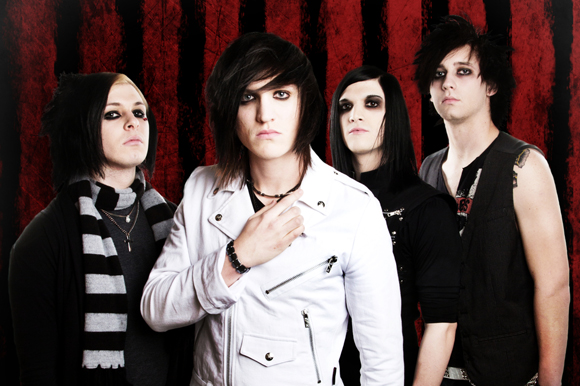 Check out what first sparked vocalist for Farewell, My Love‘s vocalist Caleb Harbin below.

I had a somewhat strict upbringing when it came to music, and growing up I was pretty restricted as to what I could listen to. When I was about 13, my neighbor showed me the greatest song I had ever heard. I had never heard anything like “Immigrant Song” by Led Zeppelin. It had an edge to it that I had never experienced before, and I just had to take this CD home with me. I spent the next three months listening to this incredible CD (Led Zeppelin III) in my closet every night on my near broken walkman. Each song had it’s own sound to it, and every sound was so new to me. I had been exposed to a whole world of melodies and instruments that I never knew existed. Even though I had been deprived of music up until that point, nothing could have inspired me more than discovering a whole different side to music. This experience inspired me to begin singing. And to the despair of listeners around my new voice, I never stopped. Ever.