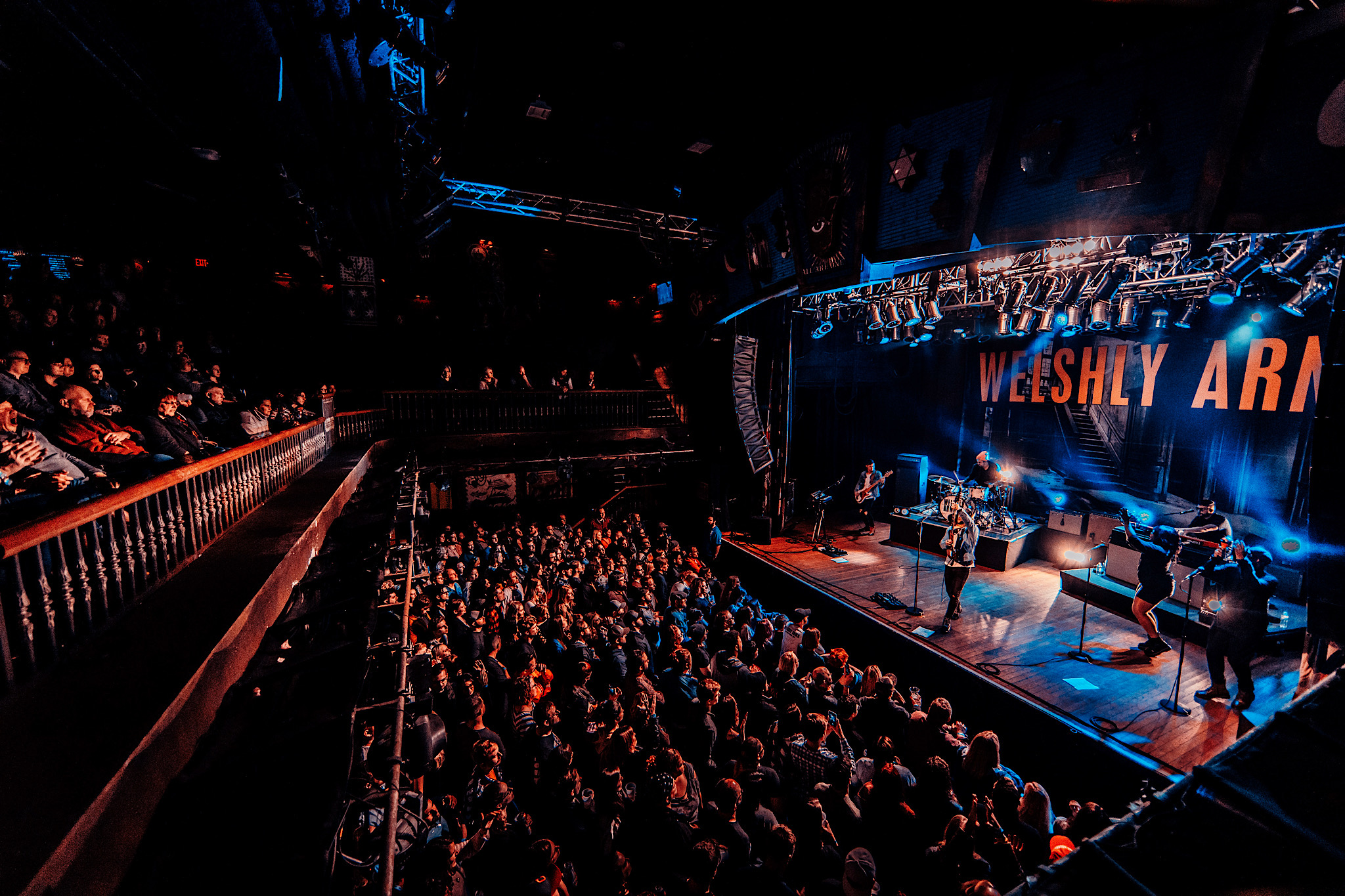 It was the weekend after Thanksgiving and down the street from the House Of Blues was the annual Winterfest with the Christmas Tree lighting in downtown Cleveland. Afterward, I headed over to the HOB, where Welshly Arms returned home for their traditional “after Thanksgiving” show.  Dedicated fans lined up earlier in the afternoon and the floor filled up quickly once doors opened.

Starting the night off were Betcha, who recently released their EP Falling. I really enjoyed their set and so did the rest of the audience.

Shortly after 9 pm Welshly Arms came on stage and were welcomed by a cheering hometown crowd. Frontman Sam Getz and his band were pure energy on stage, feeding off of the infectious energy of the crowd. Welshly Arms played a great variety of songs, spanning most of their career with a heavy concentration on their latest release  No Place Is Home, which the band released in 2018.

After an amazing 90-minute set, the band returned for a two-song encore, before leaving the stage and leaving the audience wanting even more. I am excited to see what 2020 will bring for Welshly Arms. The band has a few more shows in January in the US. Make sure to catch them, if they come to a city near you.