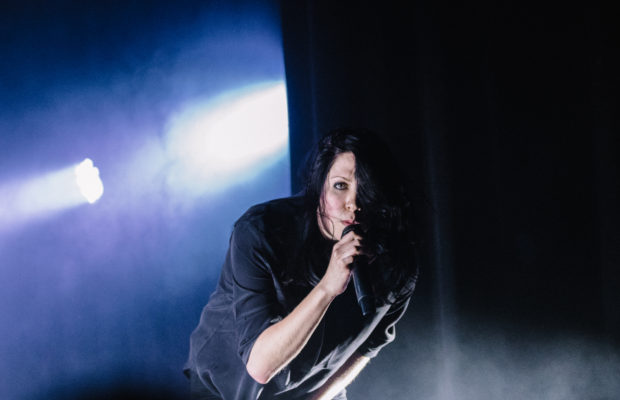 On an otherwise dismal and deeply upsetting Election Day, Chicago native K. Flay provided concert-goers with a positive and energetic set. Blending hip hop, pop, and rock, K. Flay has managed to create a sound all of her own while staying ahead of the game as a talented and vocal female rapper. Her newest single, “Blood in the Cut”, has garnered nearly 600,000 views on YouTube in the past 2 months and was featured in a television promo for the hit show Scream Queens.

Electronic trio Missio (Austin, TX) opened the night with heart-pounding beats that sounded just a little macabre and had everyone flipping off the stage (aptly so for their song “Middle Fingers”). In classic artist fashion, Missio dedicated “Middle Fingers” to “anyone you hate”, and, as the results of the election started rolling in, many people in the audience shouted their dedication to Trump.Nashville-based pop band Nightly came on next and put on a light show as well as delivered soft and radio-worthy music. While the band didn’t make any sort of political statement onstage, they managed to keep the crowd enticed and happy, no easy feat.