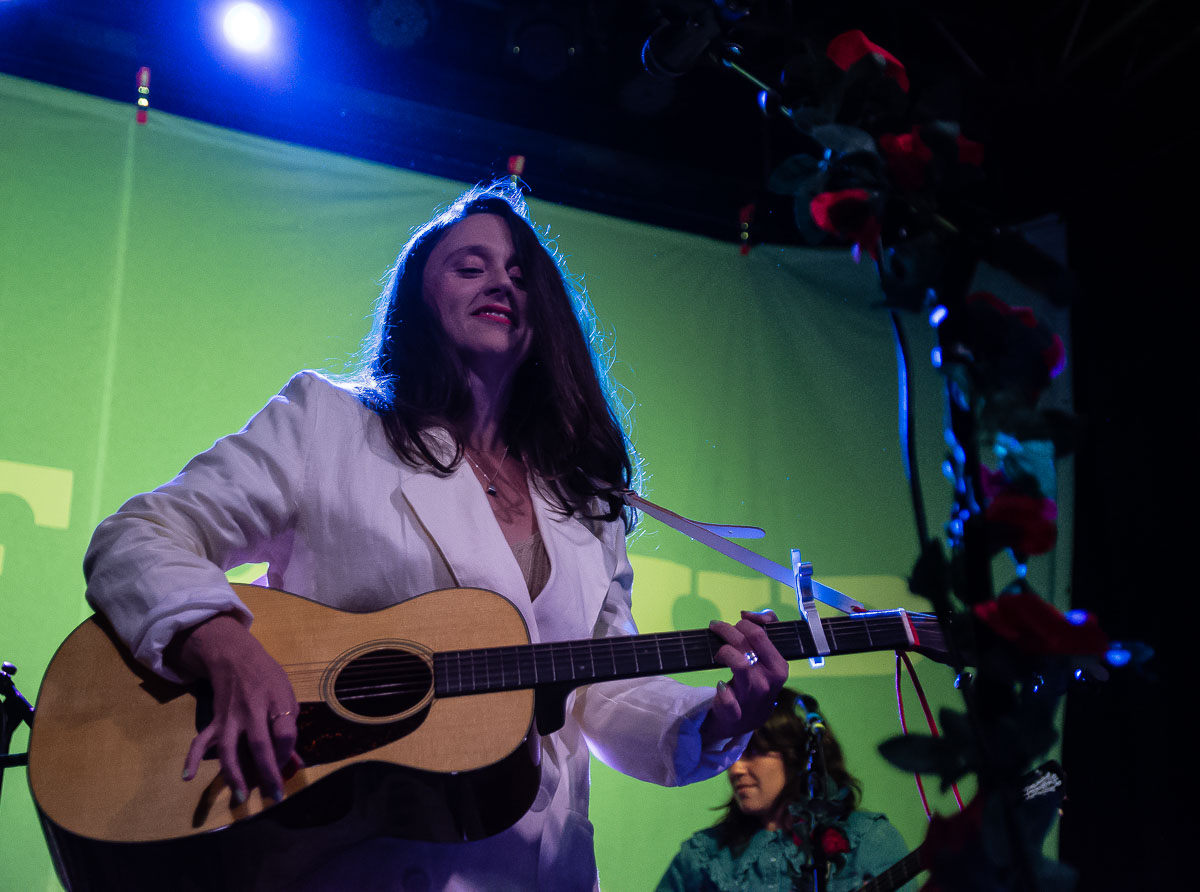 Philadelphia artist Katie Critchfield, who goes by the moniker Waxahatchee, released her new album Saint Cloud in March of last year, right as the pandemic hit.  Unable to tour for the album at the time, she is currently touring and performed a sold out show at Headliners Music Hall in Louisville, KY on September 2nd.  With fans lined up well before doors opened, there was an excitement in the air ahead of the show this evening.  The man beside me in line had traveled 2 1/2 hours for the show!  Once the doors opened, fans poured into the venue to get as close to the stage as possible, or to snag one of the few available seating options.  Opening the show this evening was Nashville artist Katy Kirby, who released her debut album Cool Dry Place in February of this year.  With a mix of indie rock and a bit of folk, she made quick fans out of the audience, with many of whom seeing her for the first time this evening.  Although she chatted a bit with the crowd, she said about midway through her set that chatting made her a bit nervous, so she stuck to playing her music and wowing the crowd.  She and her band definitely got the crowd warmed up and excited for the evening ahead!   As the lights went down to signal that Waxahatchee would soon be taking the stage, the energy in the air was one of excitement.  The three woman next to me had traveled from New Orleans and were jumping up and down in excitement, visibly ready for one of their favorite artists to take the stage.  As the lights came on and the band came out onto the stage, Crutchfield, outfitted in a lovely white linen suit, was smiling and waving to the crowd as they erupted into applause and screams.  With the microphone, drums, and keyboard adorned with roses, and soft lighting illuminating the stage, the stage set up this evening was beautiful.    Thanking the crowd and saying how happy she and her band were to be playing live again and finally getting to tour the new album, they started things off with “Oxbow”, the first song off of the new album.  With 5 albums now released throughout her career, Crutchfield told the crowd that she would be singing a mix of new and old songs, much to her fans’ delight!  Amongst the new songs, the band performed “Can’t Do Much”, “Lilacs”, “War”, and “Witches”, mixing in older tracks such as “Noccalula”, “Misery Over Dispute”, “La Loose”, and “Silver”.  Before ending their set with “Fire”, Crutchfield joked that they hadn’t played a show in a while but the way this works is that they would walk off stage, everyone would clap, and then they would immediately come back out for a few more songs, eliciting a laugh from the crowd!    As they “ended” their set and walked off stage, they came right back out for a four song encore, performing “Under A Rock”, “Wrecking Ball”, “Ruby Falls”, and a beautiful cover of Dolly Parton’s “Light of A Clear Blue Morning” to close out the show.  With this being the second night of her largely sold out tour, Waxahatchee gave her fans an incredible night of music and fun!  You can connect with Waxahatchee HERE and with Katy Kirby HERE.