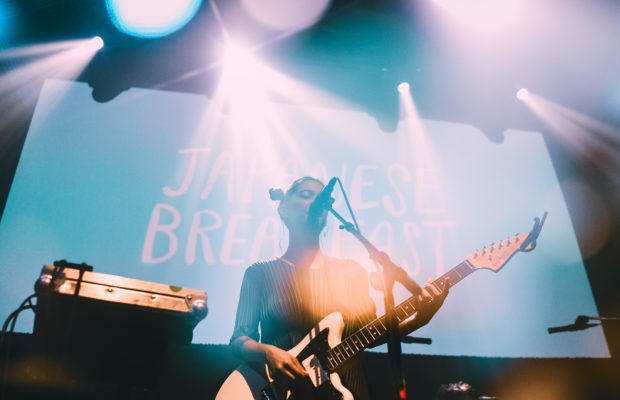 Japanese Breakfast with Ought

Montreal post-punk quartet, Ought, kicked off the evening to an almost full room, which is unusual for Vancouver, but also a good sign for anyone who hasn’t yet looked them up. Their set makes you feel as though you’re listening to an British punk band while watching an indie-pop group play, with lead singer, Tim Darcy’s accent sounding almost British as sings about not being afraid to die because it is all he has left.

Since the release Psychopomp in 2016, Japanese Breakfast have been steadily working their way up the indie-pop food chain. Their lo-fi and experimental pop sound, creating by vocalist/guitarist/keyboardist Michelle Zauner draws you in with the chill, slightly melancholic sound and keeps you wanting more with her sci-fi and grief driven lyrics. Much of the grief is found in Psychopomp, while all of the sci-fi (and still some of the grief) is found in her latest release Soft Sounds From Another Planet, which centers around a girl who has a failed romance with a robot and then proceeds to enlist in the Mars One expedition. Not your everyday album concept. Despite these not-so-upbeat themes, Zauner and the rest of the band still manage to make their live shows full of energy, dancing around the stage and connecting with the crowd. Many of whom have seen Japanese Breakfast 3+ times just in the last year.