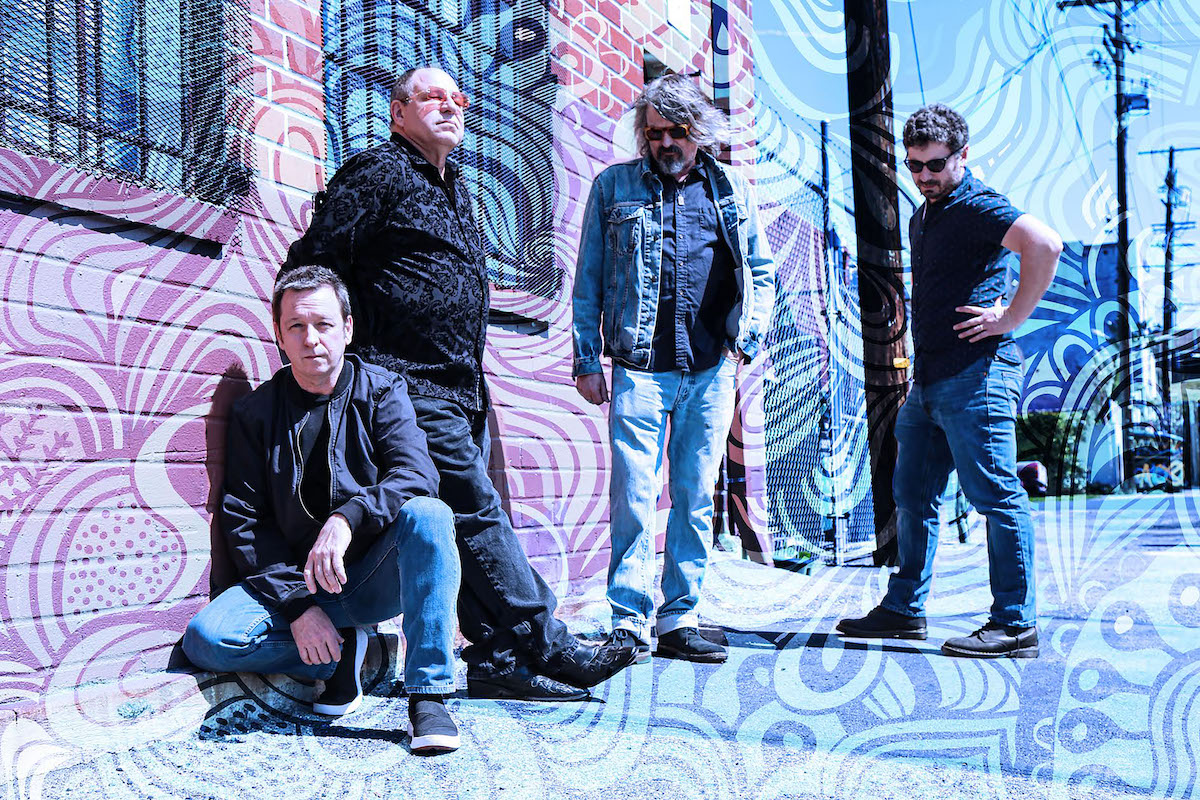 With the release of their critically-hailed neo-psychdelic post-punk album Looking For A Light this spring, Kitten Robot recording artists Tombstones In Their Eyes (TITE) have released the trippy video for the title track of the album which premiered with Ghettoblaster Magazine.  A pastiche of atmospheric cinematography, the minimalistic video shot by Swedish filmmaker Maria Magnusson features moody images that showcase haunting and spacious forests, vast valleys during sunset, mysterious abandoned houses, as well as the calm, never-ending ebb and flow of the ocean surf. In perfect step with its lyrics of being aimlessly adrift while trying to “find my way back home,” its visuals reflect the isolation and peaceful loneliness that its textured and gauzy sonics unfurl.  Aquarian Weekly notes that “Looking For a Light” “breathes an air of comfort and intimacy into an album that is predominantly based around gritty soundscapes.” Second City Report adds that the track “is a churning mass of guitars sandwiched between moments of clarity, as the band ponders the search for a ‘light to walk in darkness all alone’,” while Rock N Roll Fables calls it “a glistening, glowing thing of quintessential Alt-Rawk beauty and essential listening.”  “‘Looking For a Light’ is the gospel according to Tombstones In Their Eyes,” explains vocalist/guitarist John Treanor about the song’s meaning. “The band’s lyrics often include references to light and darkness, mostly in the form of seeking a way out of darkness. It’s about freedom from depression, freedom from pain, freedom from all those things that bring us down.”  “Featuring an intro of the only vocals ever recorded outside Kitten Robot Studio, which came from the demo and were deemed by producers Paul Roessler and me to have a feeling that couldn’t be topped in the studio,” continues Treanor about the recording process for the track. “The demo (and song) was also enhanced by James Cooper, one of TITE’s co-founders and behind-the-scenes NYC Oz-like band member, who created the beautiful intro simply by removing some of the instruments and adding a beautiful keyboard segment.”  “The video, by our friend, Swedish art filmmaker Maria Magnusson, provides a great complementary backdrop to the song. Made from found footage and not including any rock star shots, it’s perfect and soothing,” concludes Treanor.

Attracting fans of desert rock, shoegaze, goth, and neo-garage without aligning themselves directly with any these camps, TITE have been creating a fuzzed-out, psychedelic swirl for the past few years. Now with Looking For A Light, TITE have shifting their sound ever-so-slightly while elevating it up a few notches. It is an album swathed in thick fuzz that allows its melodies to shine bright.  Tombstones In Their Eyes is John Treanor (vocals, guitar, keyboards), Stephen Striegel (drums, percussion), Josh Drew (bass, guitar), Paul Boutin (guitar, bass) and James Cooper (synths, midi-drum programming).  Looking For A Light was produced by Paul Roessler and is out today via Kitten Robot Records / Somewherecold Records.  You can connect with Tombstones In Their Eyes via the following links.  Photo credit: Rachel Roessler.