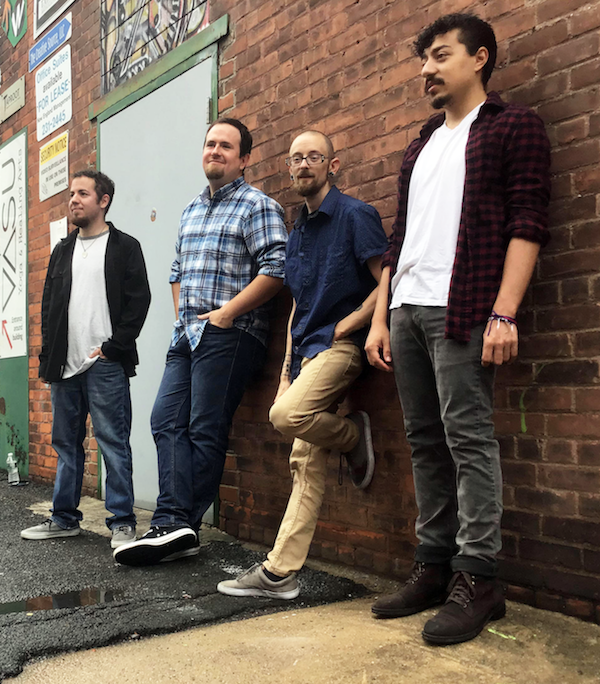 “Hookier than a bass tournament” is how lead singer, guitarist, and pianist Ryan Carson’s music has been described.  After years of seeking the right combination of band mates, Ryan finally heeded his grandmother’s advice to seek the reliability of family and chose to reach out to his bass guitarist cousin, Chris St. John.  With that stability and commitment in place, Ryan and Chris were faced with choosing a name for their new band.  They soon decided upon ‘Waiting For London’ based on a screenplay about waiting for the requited love of a girl named London.  While collaborating on their first few songs, the cousins made a united decision to create music that carried a message of optimism and hope while reflecting their greatest influences, such as The Fray, Train, and The All-American Rejects.  By late 2019, the Connecticut-based quartet made their debut on the Wolf Den stage at Mohegan Sun, showcasing their combined hardship-turned-courage to give the audience a night to remember and leaving a lasting impression on critics, who reviewed the band as having a uniquely positive pop/rock alternative sound.

Both of Waiting For London’s EPs, Worth The Wait and Brilliant Together, were produced by Loud Lion Productions, co-owned by Lakeshore’s Jesse Castro and Ben Lionetti, and are the culmination of years of hard work for all involved.  “We’re truly excited to share our music,” Carson states.  “Our latest EP Brilliant Together is across the spectrum from pop to rock.  We cannot wait to get out there to perform these songs and see what the future holds.”  Rounded out by guitarist Ryan “Jim” Erickson and drummer Marcelo Erazo, Waiting For London is currently celebrating the release of their new music video “What Are You Waiting For,” which they succeeded in creating despite the limitations caused by the pandemic.  The video reflects the band’s mission to continuously set forth an uplifting positive message, encouraging fans to fearlessly pursue their dreams no matter the challenges they may face.

“Our new single, “What Are You Waiting For” is about moving forward, taking chances and having the focus to make your dreams a reality.  Our music video took us months to create due to the limitations caused by the pandemic but we made it happen; choosing to illustrate that no matter how many setbacks you have; with resolve, you can accomplish your goals.  So what are you waiting for?” – Ryan Carson, Waiting For London

You can connect with Waiting For London via the following links: