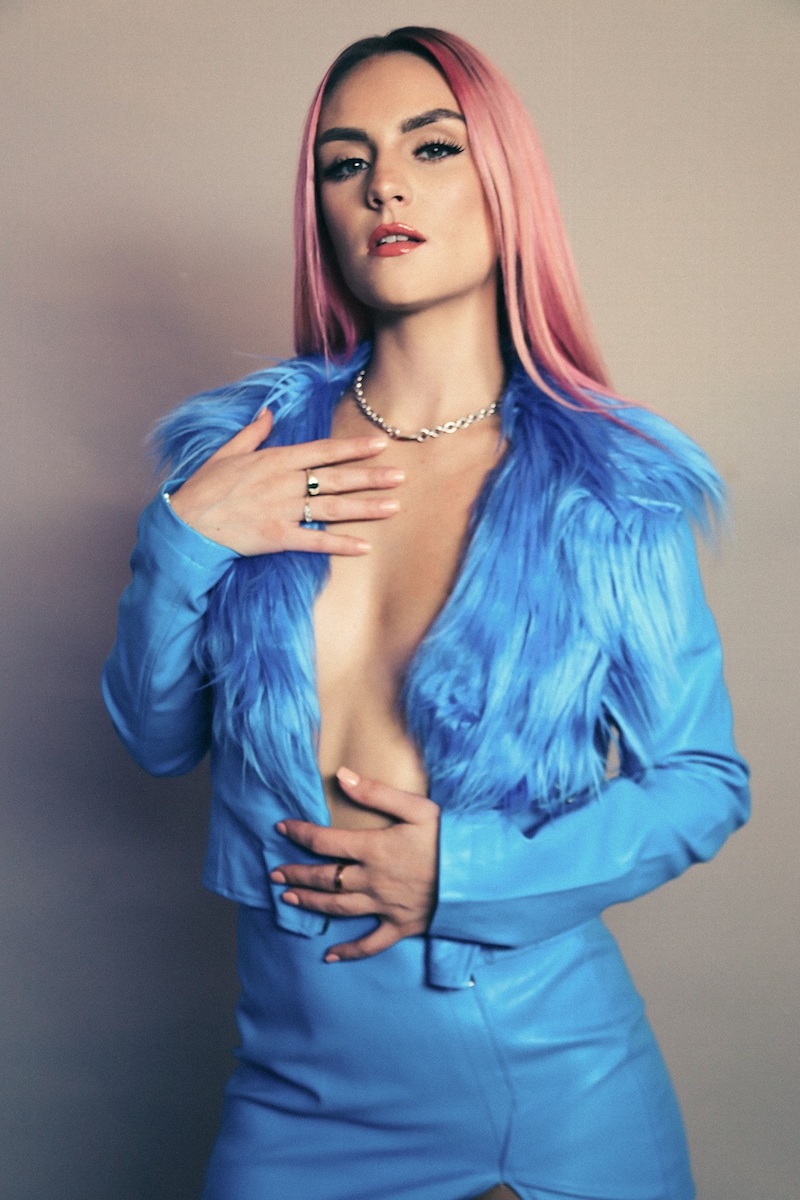 Rising pop singer/songwriter Jenny March has released her debut EP, Madness, along with the energetic animated music video for third single “SCREAM.” The collection offers listeners an abundance of bad ass energy through high octane pop bops which fuse 80s and 90s production nostalgia with a modern flair that detail being unapologetically true to who you are and not caring about what people think. Once restrained by other’s opinions, the EP has allowed Jenny to fully embrace herself and gives listeners a peak into the “madness” taking place inside her head: the good, the bad and everywhere in between. Through each of the six tracks, she offers a true piece of herself and her journey to who she has evolved into today as both an artist and a young woman. “SCREAM,” which follows previously released singles “All In” and “November Nights,” is a track written in quarantine about trying to find happiness and freedom amidst the state of the world.  “My debut EP means everything to me because not only did I work really hard on it, but it’s a collection of songs that I feel describes me really well, multiple personalities and all,” shared Jenny. “It’s the best introduction into who I am as an artist. I opened up more than I ever have in these songs, talking about love, relationships, and my own insecurities and growth so it’s really exciting to be able to share them with the world.”

Madness opens with “All In,” a track written about meeting someone and the instantaneous connection that forms between you and a ride or die love and the power that comes with it, making you feel like you can conquer any obstacle because you have each other. Also on the EP, is lead single, “November Nights,“  which was inspired by a past relationship. The moody track touches upon how you can love someone so deeply, even knowing you probably shouldn’t be with this person, and yet you are still somehow addicted to making it work, longing for their love and validation.  Earning notoriety for a consistent string of certified bops, Jenny March creates pop music that’s as intimate as it is intoxicating while proudly upending and undoing expectations all-around. Her songs embody pure pop bliss and authenticity with hashtaggable lyrics that make you feel like you’re talking to your best friend or reading someone else’s DMs. Simply put, the Ohio-born, Los Angeles-based songstress is a self-proclaimed “open book” and writes lyrics from the heart.
A true performer, Jenny caught the entertainment bug early in her childhood and attended New York’s prestigious Stagedoor Manor acting camp five years in a row. Although her true passion is music, Jenny later landed acting roles with Marisa Tomei and Minnie Driver in the horror film Laboratory Conditions as well as starring in the short The Stanford Letter and a 12- minute Secret Deodorant anti-bullying spot entitled Meanamorphosis.  You can connect with Jenny March via the following links, as well as view the track listing for the EP, below.  Photo credit: Naserin Bogado.
Madness Track Listing:
1. All In
2. SCREAM
3. November Nights
4. boys think we’re crazy
5. 95′
6. Pay Up!
Website | Facebook | Instagram | Twitter | Spotify | SoundCloud | iTunes/Apple Music | YouTube | Deezer