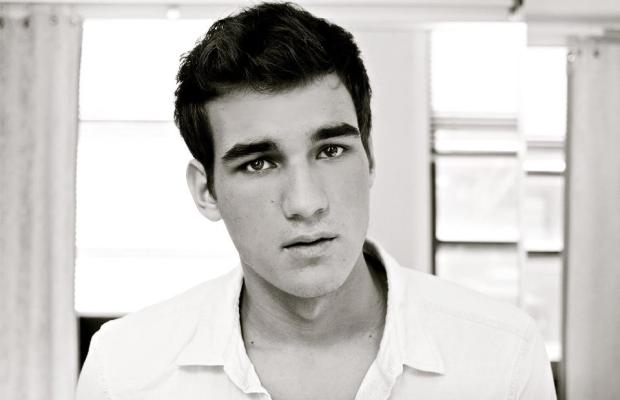 Up and coming pop folk artist, Taylor Berrett, just hit the road this fall with Alex Clare and he took a minute from the North American tour to talk about touring, the role social media has played in his career and who he looks to for inspiration.

Stitched Sound: You just hit the road with Alex Clare this week, what is your favorite part about touring?

Taylor Berrett: I love getting to meet and play for folks from all over the place, people with different stories and backgrounds and perspectives on things, perspectives on my songs. Turns out everyone is nice everywhere in the world! Great news.

The other element I love is the travel, just having the opportunity to see all these different environments and cities and all the natural beauty there is across the country. As someone who loves photography, it’s a dream.

SS: When it comes to songwriting, where do you draw your inspiration?

TB: For me, the number one thing when it comes to write a song is, do I have something worth saying? Is it a new idea, or at least an old idea said in a new way? And while a lot of my songs are introspective, I try my best to make sure that it ties into some sort of universal or at least semi-universal truth. I may be feeling bad about a heartbreak, but if I can’t take that feeling and make it matter to someone beyond myself, then I may as well just be playing songs in my room. So I get lots of inspiration from what other people are experiencing and feeling.

Then the melody and rhythm and chords have to make something happen in the listener, so from that perspective I get inspired by other art forms–paintings, photography, prose– anything that makes me feel something.

SS: Was there a pivotal moment in your life where you knew that you wanted to pursue music?

TB: I can’t say there was a pivotal moment, but rather a sort of gradual transition where as a kid, I wanted to be a novelist when I grew up. But as I slowly gained interest in music, I came to realize you could tell stories through music, and that really appealed to me. Eventually that became all I wanted to do.

SS: You are quite active on your social media and blog – have these media outlets helped
your exposure in the music industry in any way?

TB: Absolutely, it’s a great marketing tool. But for me more importantly it’s sort of an instant feedback machine, because when you post something or say something or share something, there’s a quantifiable response to it from people, where you can look and say, “okay, this connects, this doesn’t, folks respond to this and not this.” It’s a great way to stay connected to listeners and to your work.

SS: You said in a recent blog post that your dream is not to become a successful musician. Do you think there is a stigma in the music industry that in order to be a “real” musician, you have to be successful?

TB: I certainly don’t think it’s unique to the music business, but it’s definitely pervasive in this industry. There are certain established artists that receive heaps of praise because they’re workaholics, they never take a day off, they’re traveling constantly, building their career. Work ethic is important just as a human being. But regardless of what your career is, it should never be the most important thing in your life. I’m still trying to get established, so I’m gonna work my butt off every day. But down the road, if being 27% less successful means more time spent with my family, that’s an easy decision for me.

SS: What is the writing process like for you? (Do you start with melody, lyrics or chords first, etc)

TB:Usually it’s a lyrical idea. Nothing fully formed, but just sort of a one-sentence thought or a phrase. Then I build the melody, chords and lyric all together around that idea.Other times it begins with a melody that I respond to when it shows up while I’m writing, and I’ll go from there. Other times it’s a rhythm. But usually, the idea comes first.

SS: Have there been any musicians out there that have influenced your music? If so, who?

TB: The big two for me are Stevie Wonder and Paul Simon. Stevie Wonder I think has more perfectly captured the sound of human joy than any other pop musician in history– his music is straight from God and straight into the soul. It’s impossible to not respond to.

Paul Simon for me became my masterclass in songwriting. He lyrically captures the nuance and expansiveness of life in a way that I aspire to, a way that is both emotionally powerful and intellectually stimulating. And he never leaned too heavily into melodrama, which I really like in songwriters.

SS: What do you want fans and listeners to take away from your music?

TB: I just hope they feel better after hearing it than they did before hearing it. That’s really my job as a musician, right? Everything else matters, but is secondary.

SS: How would you describe your music to anyone who has never heard it?

TB: I should have some awesome response to this, like “it’s like if John Mayer and Stevie Wonder were combined in a lab and then that creation had a baby with Norah Jones!” But I don’t. I’m a singer-songwriter– you can expect melodic music with a lot of rhythm and a little bit of blues and soul influence. Hopefully you can expect it to be good, but that’s not up to me…