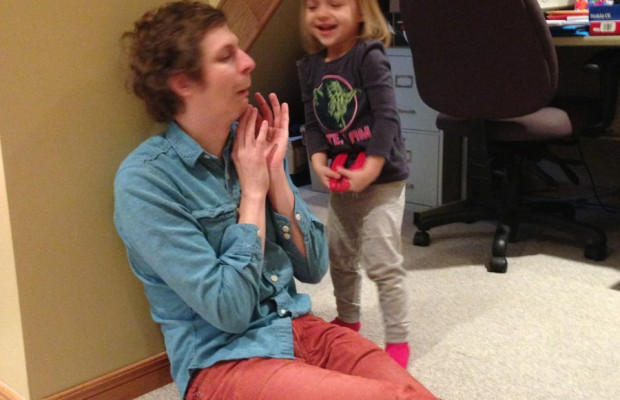 I had the pleasure of interviewing the labyrinth of talent that is Michael Cera about his new album (or “collection of home experiments” as he calls it), true that. We discussed his musical inspirations, plans for the future, and what music he has been listening to lately.

AM: Although your album, true that, is not your first musical endeavor, what sets it apart from your past projects?

MC: I guess I would say that this is a collection of home experiments that I’ve knocked together, more than a project. So it’s lacking in ambition and has no particular objective – it’s just some music I made at home.

AM: What were some of the challenges you faced producing a full-length album yourself?

MC: There were no challenges at all, I suppose. I hadn’t set out to make an album, each track was sort of its own little project that I worked on for pleasure.

AM: This album has been called everything from folk jam to bedroom dreampop. How would you describe the style of true that?

MC: I guess I would describe this type of music as “limited”. I don’t mean that in a diminishing way, it’s just the truth. It’s limited by all kinds of things from my level of musical ability to the equipment I have at my house, but there are still some nice sounds being produced even in spite of the limitations.

AM: Where did you look for inspiration? Were there any particular musicians or artists?

AM: With a solid album under your belt, do you plan on continuing to forge a name for yourself in music? If so, do you have any thoughts on your next move?

MC: I don’t have any plans of that kind really, but I think I’ll always have music in my life.

AM: As an actor, many of the characters you’ve played have also had close relationships with music (Scott Pilgrim, Nick from Nick and Norah’s, Juno). How has your experience as an actor influenced your music?

MC: That’s hard to say, I don’t know if there’s any connection at all aside from the fact that when you work as an actor, you’re constantly exposed to talented and inspiring people.

AM: Can you speak to your relationship with music growing up?
MC: My friend Ryan and I would play guitars and sing in my garage and his basement – he’s the person who taught me how to play a song basically. He was always better than me at guitar but we would try to impress each other, so I probably only learned how to play and stuck with it out of a sense of competition with him. It’s like when you play tennis with someone who is better than you, it brings your game up slightly and all you want to do is beat them once.

AM: What music have you been listening to lately?

AM: If you got asked to do a show right now, what band or musician would you pick to open for you?

MC: The (newly-reunited) Unicorns.
To hear his entire album, which is available for purchase and download, visitwww.michaelceramusic.bandcamp.com.