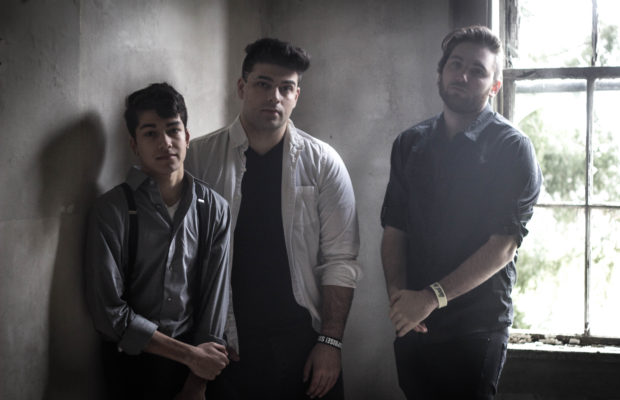 You have just recently released your new EP – how has the reception been like so far from it? Was it what you were expecting?
Well, there seemed to be some anticipation for it leading up to the release, but we’ve been pretty overwhelmed with the positive response we’ve gotten!

So you guys are a relatively new band being about a year old – what made you guys first begin to get together and form a band? Was there something in particular that brought you guys together?
It’s actually only been about 6 months! We’ve all known each other for a while and it’s pretty hard to find dedicated musicians around NC that have good chemistry, when we realized we were all on the same page with what we wanted out of music, it just made sense.

A lot of the time I find that a lot of post hardcore bands sound similar to each other – but The Closest Thing To Closure manages to perfectly embody the genre while still sounding unique and different – when you first started the band did you guys aim for the specific genre, or was it something that just kind of happened?
We actually didn’t aim for anything at all. We specifically refused to try and set a genre. We just sat down to write and see what happened and this came out. I have a tendency to always want to push my technical ability as well as never confine myself to one specific thing or gimmick, and the genre we ended up in allows us to write music all over the place which is really a great freedom to have. I can sing, I can scream, I can write RnB influenced parts, I can write heavy riffs. We don’t want to be confined to feeling like our music has to sound a certain way. You know?

What would you say is the most important thing that you’ve learned while recording this new EP? Did you overcome any big obstacles while doing so?
This process was definitely a smooth and really fun one. We all have somewhat extensive recording experience for our ages, however I think in writing it, we really learned a lot simply about how each member of the band works and jives with each other musically. Which I think will only strengthen the next release.

What is your personal favourite track off of the EP, and why?
“Pant’s Division” is definitely it for me. It’s the most well rounded song on the EP and it shows off so many aspects of our sound and the actual potential of our creativity. It’s just got so many dynamics in it and parts that I’m proud of, musically, vocally, and lyrically. Definitely my favorite.

Do you guys have anything planned for the summer, and the rest of 2016? Any plans for touring?
Not sure about any extensive tours yet but we’re definitely planning to play as often as possible and hopefully release more music as soon as we can!