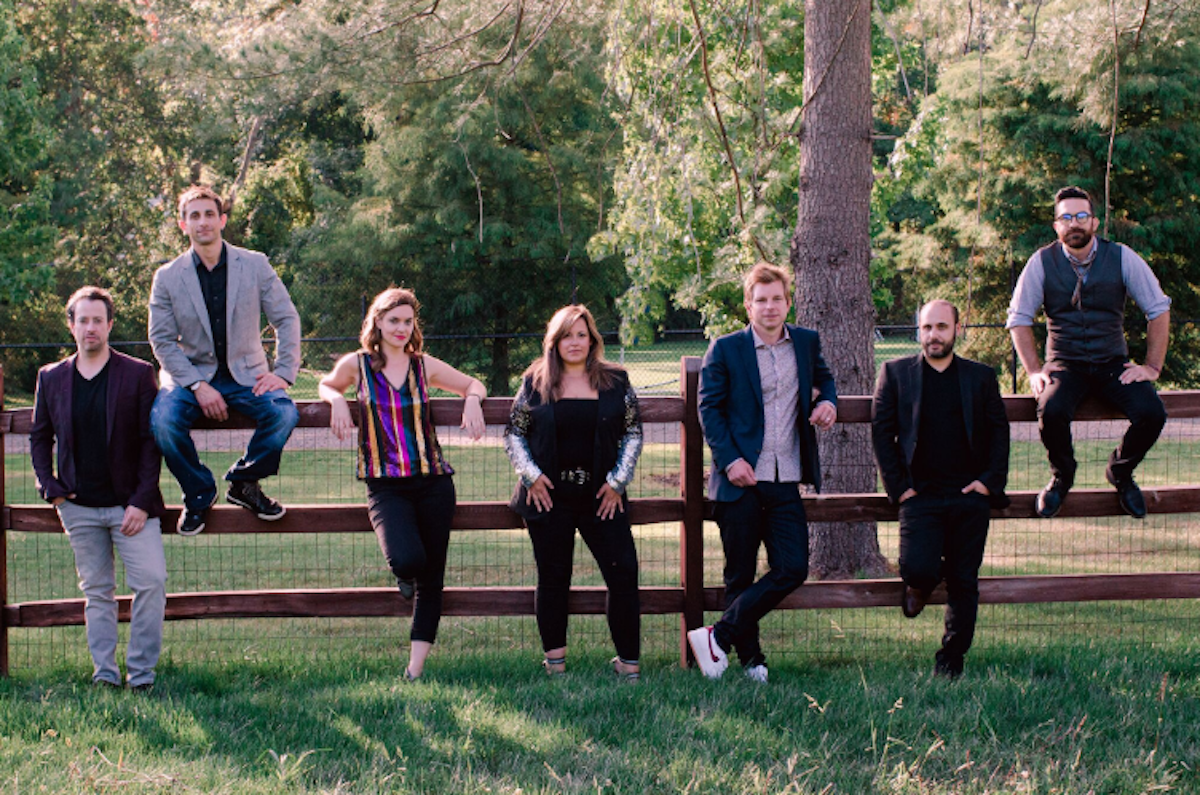 The seven members of The Normal Living belong to what has been called the “Oregon Trail Generation”—watching MTV rise from its infancy (and then lamenting its ultimate transformation); witnessing first-hand the rise of personal computers, the World Wide Web, and the global community; beholding the global cultural shifts after 9/11; facing a recession and economic hardships as we were building careers and our livelihoods; lamenting and participating in the drastic changes to the music industry; straddling the line between analogue and digital in our bodies, minds, and hearts.  The Normal Living write songs about becoming an adult in this age, navigating (sometimes blindly) a modern era whose waters stretch into an ever-expanding universe. They serve up a unique blend of guitar-driven songs, layered with intricate piano, pop-rock vocals, and powerful yet sophisticated drums.  It’s American heartland rock for the modern era, for Gen Xers who miss guitars in Top 40 music, who sense the familiar echoes of 1960s girl groups and who seek out today’s rootsy indie-rock.  The band was founded by songwriters Liza Zitelli (vocals/guitar) and Jon Grabowski (guitar), who began playing together in New York City in 2009.  When childhood friend Paul Papapetrou (drums) began to join them for shows around NYC in 2010, along with Zitelli siblings Diana and Andrew, The Normal Living was born.  In 2013, they independently produced and released their first EP, Less Radio (recorded at Sweet Sounds Studios in NYC).  Less Radio is a rock record that expresses the inspirations and frustrations of the city and its satellites.  Navigating urban and suburban landscapes, the characters of Less Radio are always in motion—on stages and subways in “Skyline Blues” and “Time Out, New York,” ghostly trains in “Penn Station” and highways in “Dead End Rock.”  They even move in and out of the nostalgic past in “Charlotte Arms” and the dystopian, radio-less future of the haunting title track.

The blog RockNYC Live and Recorded named Less Radio #22 best album of 2013 and the song “Timeout, New York” as the #16 best song released in 2013.  With the additions of Nick Sainato (piano), Petros Venios (bass), Colin Brennan (acoustic guitar/keys), and Amy Elise (vocals) over the next few years, the band expanded its sound and released its first LP, Signals, on Feb 24, 2017. Recorded at Water Music Studios in Hoboken, NJ, Signals is a collection American stories set in the new millennium, as told by characters who consider the redeeming powers of community, love, music, and spirituality.  The 8-song LP features an American heartland-rock sound—lush and spirited piano, powerful yet sophisticated drums, and driving guitar and bass, with crisp vocals and harmonies.  A record-release show for Signals was held on Feb 25, 2017, at the legendary Maxwell’s in Hoboken, to a sold out crowd.  The band’s next release is planned for 2020, with singles from the new record being released in late 2019.  With Grammy-nominated Chris Badami producing the new material, with mastering by the renowned Scott Hull of Masterdisk, The Normal Living looks to help carry on the story of American songwriting in the millennial age.  Today sees the premiere of the band’s latest track “How It All Went Down”. “”How It All Went Down” is an important work for us because the arrangement was such a collaborative effort by everyone in the band.   In that regard, our producer Chris [Badami] played a key part in bringing all of the elements together into a big, rock track that captures the rawness of this character’s story.  It’s also special to me in that the lyrics are from the perspective of a mother, and it’s mostly a portrait of a family after a crisis, and how you move on from that, if you move on at all”, says the band.  You can follow The Normal Living and stay up-to-date on all upcoming band, music and tour news via the following links: