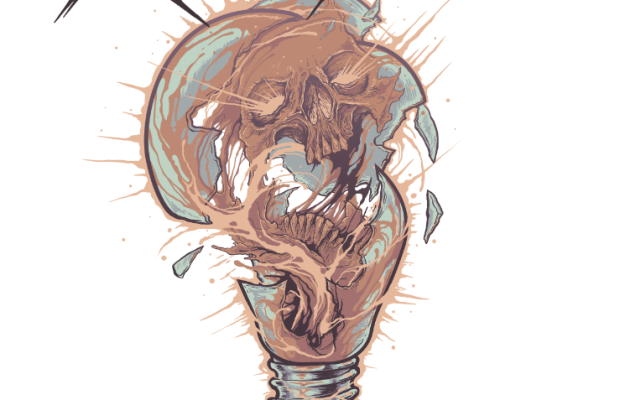 Everyone mark your calendars – December 2nd is going to be a big day for The Killing Lights. As a band that has been featured on Stitched Sound many times, their upcoming debut EP is something no one is going to want a miss.

As a new band on the scene, they have experience to back them and talent to draw people in. Frontman Michael Vampire’s past experience with the band Vampires Everywhere! has allowed The Killing Lights to quickly gain a large and dedicated fanbase, making the hype around this EP intense and positive.

Releasing “Lies Spread Like Fire” at the end of October, the first single from this EP greatly shows The Killing Lights’ ability to fuse together strong lyrics and the powerful musical composition that is shown in all of their songs. Their music is heavy, but is far from just noise. Underneath the intense guitar riffs and crashing of the drums are important and relatable lyrics that fans have already grown to love and make meaning of. This is a band that knows how to reach out and relate to their fanbase, creating a very strong, unbreakable bond with the masses.

The opening track “Until I Bleed” has to be the strongest on the EP. As the perfect song to start, the track showcases the high energy music The Killing Lights have become known for. The musical stylings of Michael Vampire are some of the best in this genre of music and his unique technique that is shown throughout every song takes this band to a whole new level.

The track “Barely Breathing” is a moment in the EP where each members’ artistry and mastery of their given instrument is shown. The Killing Lights is made up of artists that all equally bring something to the table – they each hold an important role towards the cohesion that is showcased on this EP. The guitars, bass, vocals and drums parts are all executed so perfectly on each track, bringing this entire release together and make it incredible strong.

More importantly, this EP shows their consistency. As a newer band that is still growing and leaving their mark in the industry, there isn’t any room to put on a show for the crowd – The Killing Lights are coming in with this music to show everyone just who they are and what kind of music they want to create. There is no confusion on their image and their message is clear which is a factor that could take them far.

The Killing Lights are in a very unique position – for most new bands on the scene, a debut EP is always seen as a trial run on if their music is able to grab the attention of the masses. For The Killing Lights, however, they have managed to captivate so many music listeners out there and their debut EP hasn’t even been released yet! Either way, big things are in the future for this band so make sure to hop on The Killing Lights train and join the ride!