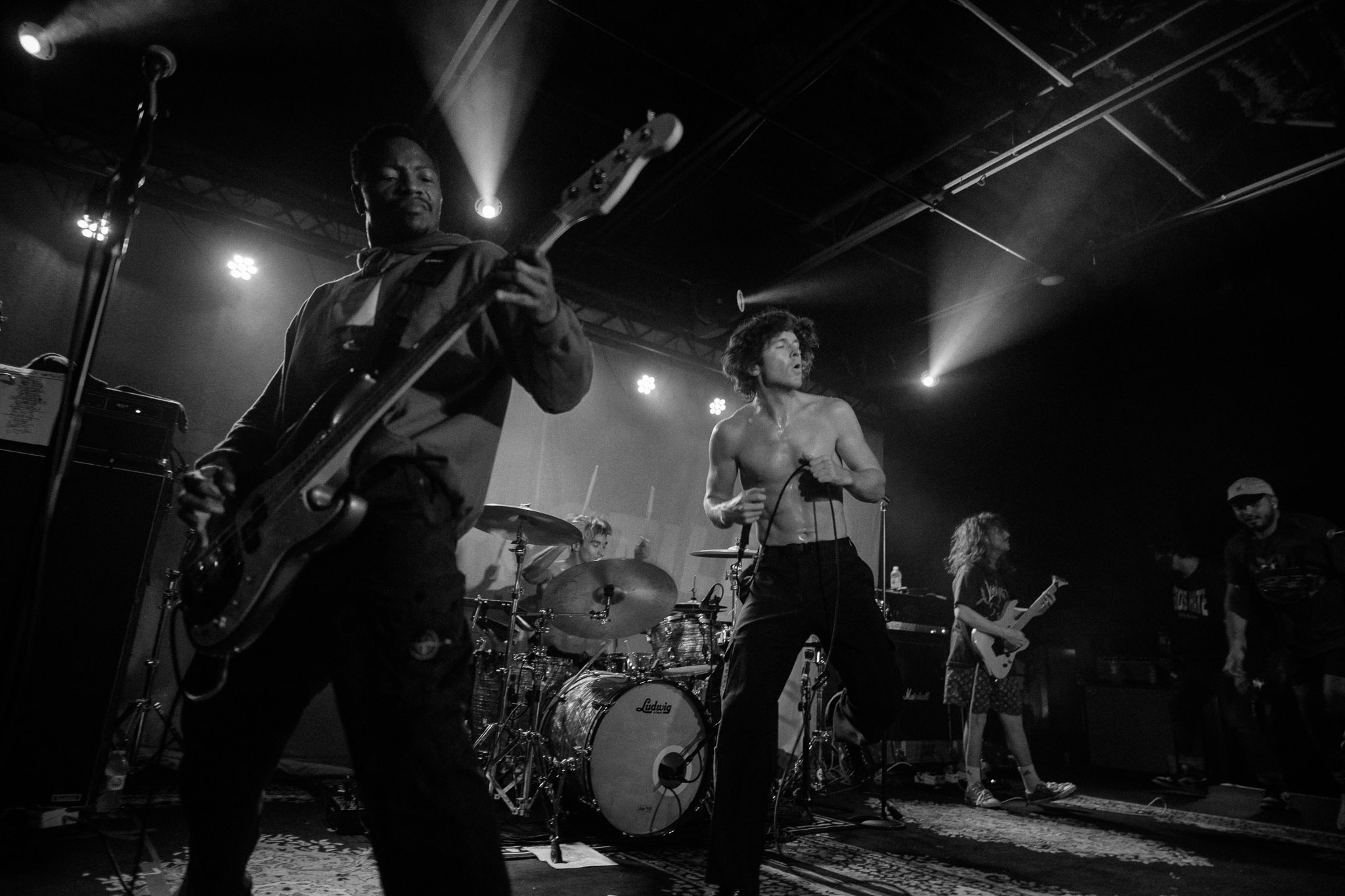 Turnstile, the Baltimore based hardcore band, made their way to Nashville following the release of their latest album Glow On. Fans were ecstatic to be back at a show, many of them stating this was their first time seeing Turnstile live.

Oginalii, a rock band local to Nashville, set the tone for the night. Not many people were familiar with this band, but quickly became intrigued by their stellar performance. I would have loved to see them play longer.

As time went on, the anticipation for Turnstile to take the stage was growing. The band opened their set with “MYSTERY”, a hit off their new album. Fans immediately were climbing onto the stage so they could jump into the crowd. The energy was one of a kind. Hearing the fans recite the lyrics so loud was heartwarming. It felt so right after over a year of no live music.

Later on, they slowed it down by performing “Alien Love Call”. The crowd was swaying softly while singing as loud as they could. They closed out the night with “T.L.C (Turnstile Love Connection)”, everyone had such big smiles on their faces. Turnstile put on one hell of a show, one I would love to see multiple times. Check out the rest of their tour dates here.

I Don’t Wanna Be Blind