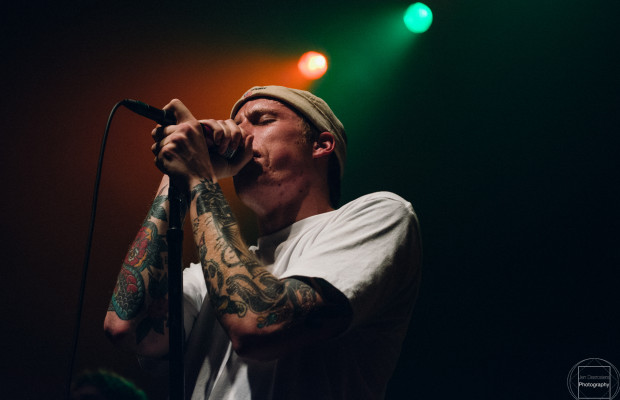 Following the release of their third full length album The Story So Far, Walnut Creek, CA pop punk band The Story So Far performed at The Palladium in Worcester, MA last Friday as part of their fall US tour. Accompanying this tour were Virginia Beach, VA indie rock/pop punk band Turnover who have recently released their second album Peripheral Vision, and UK natives Basement, who have returned from their two year hiatus and are set to release their third album, Promise Everything, in January of 2016. Also joining these bands for the Massachusetts stop of the tour were Boston locals Jack Romanov.