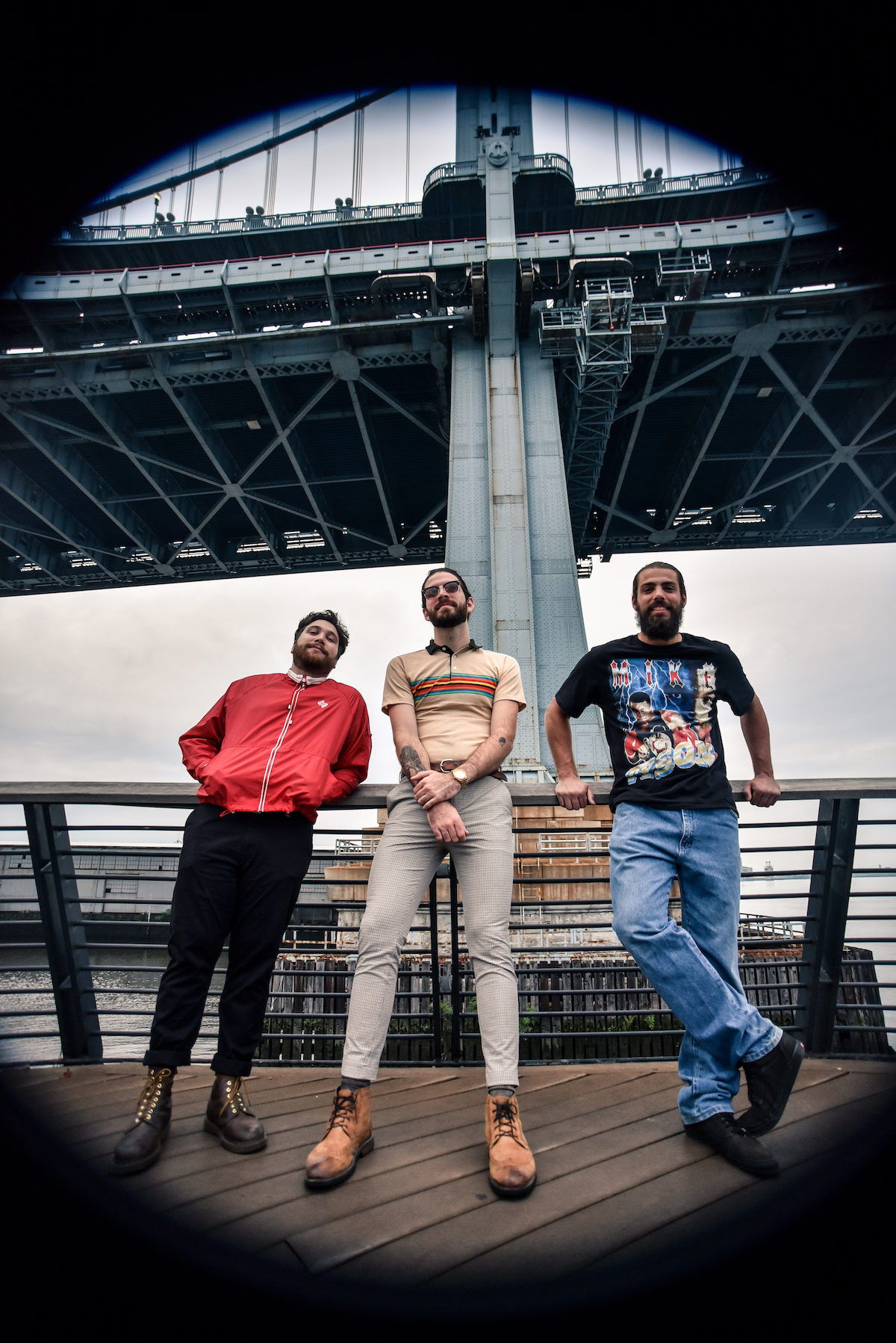 Inspired by iconic artists such as The Pixies, The Strokes and The Replacements, the Philly power trio of Thomas McHugh (vocals/guitar), Anthony Fulginitti (drums), and Andy Silverman (bass), who are best known as The Retinas, effortlessly couple nostalgia with the thrills and pains of being alive.  Each of their songs is a relatable anthem in its own rite, comprised of incendiary riffs, blown-out, carefree reverb, and melodic hooks that beg for entire group sing-alongs.  Similar to garage revival icons like King Tuff, Oh Sees, and the late, great Jay Reatard, The Retinas give listeners solace with each earworm they serve up, leaving audiences with a sense of audible freedom and cathartic release.  Their recordings offer an alternative to the humdrum fiction and contradictions of the American dream.  After years of rocking out and cutting their teeth in windowless rooms of DIY spaces, The Retinas have become more than just local darlings; they’re an antidote to the status quo.  Like their namesake, the band’s music unabashedly reveals something so often overlooked.  In your face and heartfelt (in the best of ways), The Retinas are pure rock ‘n’ roll.   They’re the real deal. Without an ounce of pretentious bullshit, the best buds always know how to have a good time.

Following on the heels of their previous single “Problem With The World”, the band is premiering their latest single “Visual Snow” today!  “In the past I took a lot of opportunities to hide through my art.  I’d write something that was pretty direct and soak in vague analogy or metaphor to avoid people seeing into what I was talking about.  This song is some of the most direct I get about talking about mental health and the obstacles and challenges I have dealing with and trying to manage it.  It’s a direct way of talking about suffering from anxiety and panic, and feeling alone in those feelings.  I’ve gotten sick of the stigma around admitting that you have issues and your not 100% all the time.  I think its important to confront it head on and talk about it openly and that’s what this song is”, says the band.  You can follow the band and stay up-to-date on all upcoming music, band and touring news via the following links.    Check out their tour dates below.  The band’s new self-titled full-length album will be released on October 25th  via Medical Records.  You can check out the event page HERE for information on their LP release show on November 15th.  Photo credit: Ashley Cordoba.