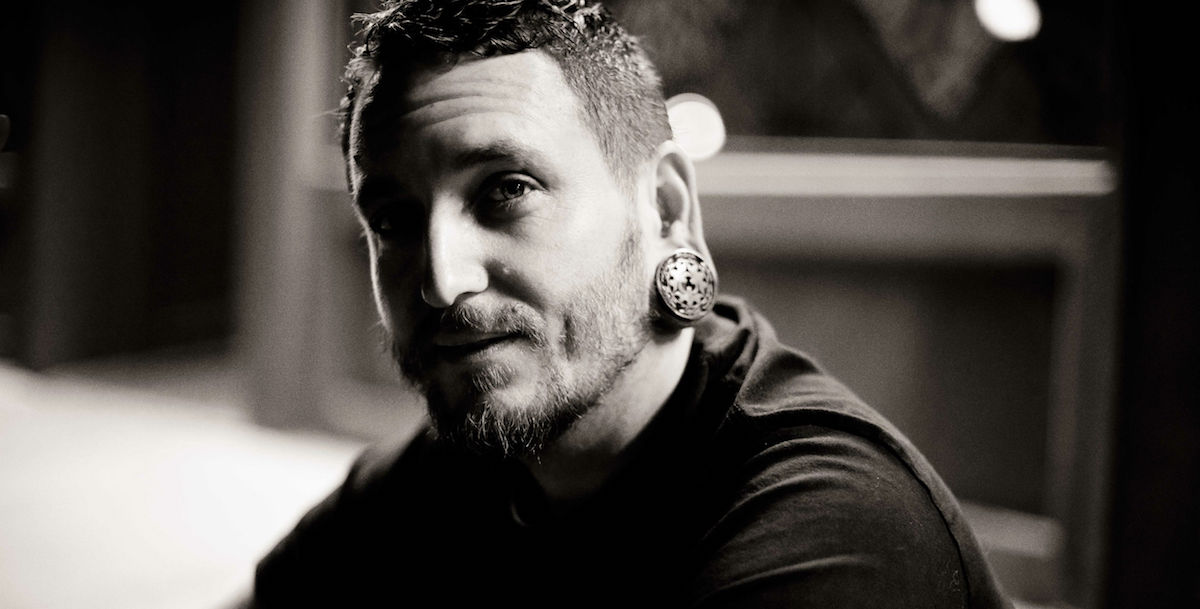 San Diego musician Evan Bartholomew has been performing electronic music for nearly 20 years as Bluetech, Evan Marc and Invisible Allies (with Kilowatts).  He is an internationally recognized touring music producer who has released over 27 albums and EPs over the span of his career.  He also has an impressive portfolio of video game and film scoring credits and has mastered analog and modular sound synthesis and DSP audio manipulation.  He was trained as a classical pianist at an early age and has  explored many different avenues throughout his career- DJ, musician, film composer, record producer and label owner.  His music includes roots in classical composition and he has an ear for nomadic harmonic progressions.  Aside from music, he is also an accomplished graphic designer, illustrator and 3D animator through both his personal work and commissions for clients.  Bluetech has heavily toured throughout the US and internationally and has shatters the stage with acts such as The Glitch Mob, The Orb, Bassnectar, Ott and Juno Reactor.

Fresh on the heels of his Billboard charting album Sci-Fi Lullabies, Bluetech returns with a deep dive into genre-defying electronic music on his new double LP Holotrope.  Imagined as a psychonauts journey into inner space and back, Holotrope contains 4 distinct continuously mixed journeys, each designed to fill a single side of vinyl.  As the album unfolds through 4 movements of Descending, Expanding, Ascending and Integrating, Bluetech displays his signature penchant for ping-ponging melodic interplay, creative modular synthesis, atmospheric sound design and dubwise fx manipulation.  Touching down in ambient, downtempo, space disco, electro, dub house and spaceship territories, Holotrope still contains a cohesive aesthetic that is instantly recognizable as the Bluetech sound.  Inspired by Holotropic Breathwork, meditation, lucid dreaming and journeys through the imaginal realms, the double LP presents a map of movement through layers of perception.  Starting with a centering in the physical body and descending into the realms of expanded awareness and ego dissolution, the music charts a serpentine path through ever deep states of being.  Released on October 4th, Holotrope was the #1 album across multiple genres upon announcement.  His previous album Sci-Fi Lullabies was the #! album on Bandcamp in February of 2019 and the #10 album on Billboard’s Dance/Electronic Charts in May of 2019.  He’s been featured on the cover of Electronic Sound Magazine (issue #57) and is regularly featured on Echos Radio.  You can follow Bluetech and stay up-to-date on all upcoming artist, music and tour news, as well as stream and purchase his albums via the following links: