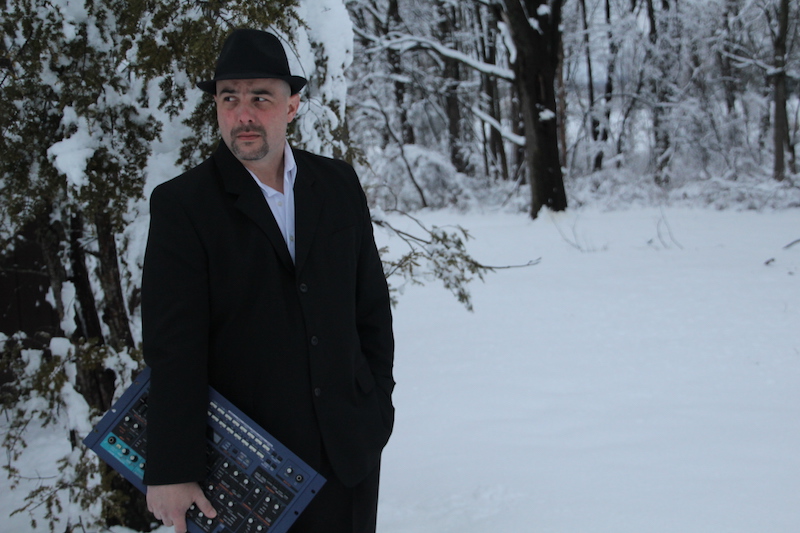 Experimental electronic artist Boom chr Paige knew from a young age that his purpose in life was to create.  Now that he’s found his own unique sound, he’s ready to release music for an audience that is aching to be challenged.  Born on the 4th of July, while the sky was lit up with fireworks (hence the nickname “Boom”), the Philadelphia-based musician demonstrated an affinity for music from the time he was a child, thanks to his upbringing in a family that favored the arts.  Surrounded by all genres of music, from disco to jazz to opera, his imagination soared, and his voracious appetite for the expressive medium continued to grow.  Boom spent the majority of the ‘90s as a core member of the electro-punk band Society.  Burning, crafting guitar and keyboard-heavy tracks that were driven by intense drops, but just as he started to find his way in the music industry, his life was turned upside down when he was diagnosed with Non-Hodgkins Lymphoma in the mid-90s.  However, rather than letting his diagnosis hinder his aspirations, he continued to move forward, remixing for a handful of bands in the dark electronic world.  These experiences sparked a fire within him to pursue a career as a solo artist, and in 2013, he signed with the New York-based label Teknofonic Recordings, releasing a handful of experimental singles and EPs, including his 2015 album House of Serial Killers.  Boom has just released his ambient new single “Above London.”  Inspired by his travels to England prior to the pandemic, the song overflows with gentle soundscapes, guiding listeners on an extraordinary journey out of the chaos of everyday life and into a sublime space, where limitless opportunities await them.  It’s certainly a welcome escape, evoking the dreamlike feeling of flying high above the clouds.

“I had been traveling heavily prior to the pandemic, and hovering thousands of feet above Heathrow airport always generated a calming effect on me.  That early morning arrival circling in seeming slow motion above the London clamor & traffic slowed my mind and gave me time to dream about the possibilities upon landing”

Gathering inspiration from artists like Duran Duran and Imogen Heap, Boom’s sound has been likened to musicians like Daft Punk and Ed Rush.  In a testament to his nickname, his tracks explode with riveting energy, bending and breaking the rules through intentional arrangement choices, making use of random notes and off-kilter rhythms to create ethereal soundscapes that leave the listener wondering what to expect next.  “I make music for people that love music beyond the social aspects,” he explains, “who insert themselves into the songs they hear.”  Boom is currently gearing up to release his next album Membranes, which will explore a non-musical concept—the COVID-19 pandemic—in an unconventional way.

“This album is divided into two different days of 2020, one earlier in spring, the other in fall.  The day in spring was the confusion, the rubbernecking news stories, but still a little bit of hope that the pandemic would end shortly.  The day in fall slows down, offers fewer answers, echoes the exhaustion, and reminisces dreams fading away”.

Designed specifically for presentation on vinyl, the album consists of two sides, with the first conveying the uncertainty and naive optimism the world experienced during the beginning of the crisis, and the second side providing a darker contrast, instead focusing on the trauma and brokenness that reverberated internationally as the pandemic worsened and impacted daily life.  Membranes will be available to stream and purchase on vinyl on May 28, 2021.  You can connect with Boom chr Paige via the following links.  Photo credit: Tracey Fernandez.