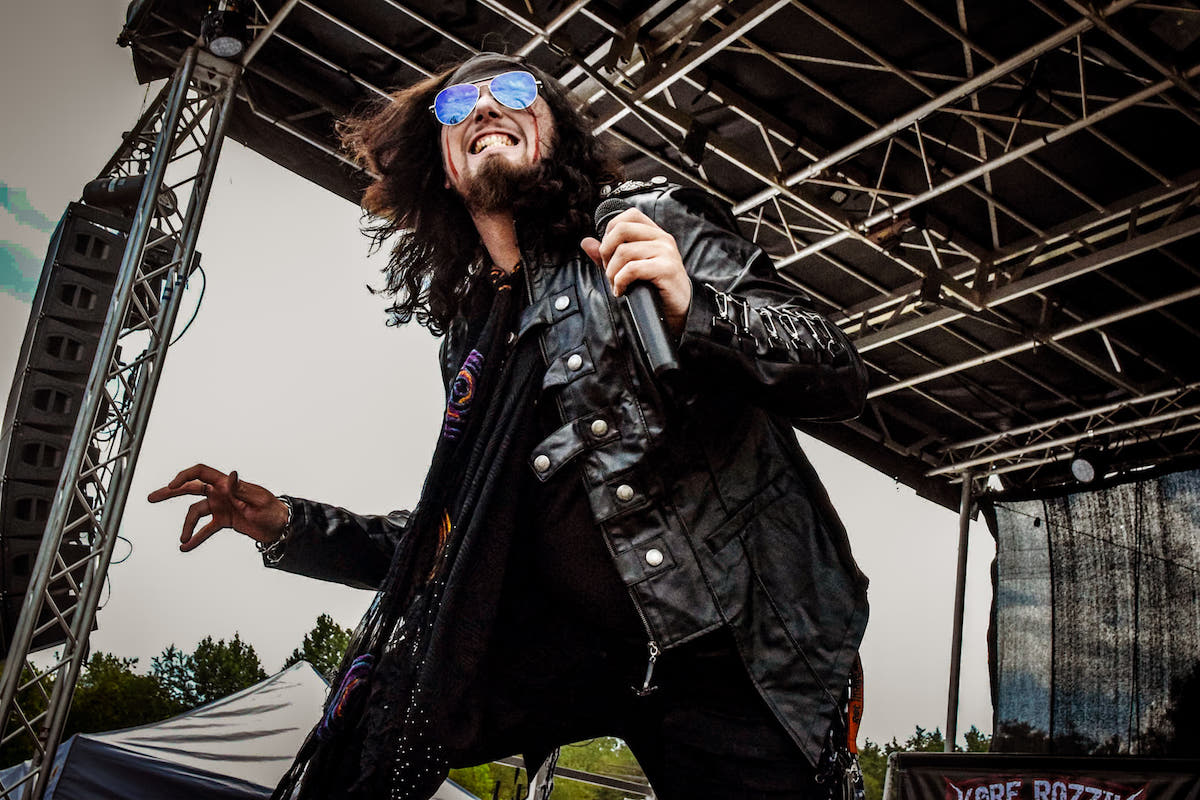 Kore Rozzik, the self proclaimed”Bastard Child Of NYC”, has just released a new video for the song “Can’t Stop Won’t Stop”.  Although most of the band’s previous videos were dark and theatrical, this one seems to be more comedic and random. “I think a lot of artists can take themselves too seriously and we just wanted to give no f*cks on this one” says the Frontman.  “Sometimes you got to just let go and be yourself- even if it’s a little bozo”.  Kore has struggled with anxiety himself and wants his fans to know that they are not alone and to stay positive and strong, using his music to send the message.  The video was filmed in Queens, New York inside Alley Pond Park and Arlene Grocery in NYC.   The song is off the band’s 2018 debut album “Vengeance Overdrive” (Cleopatra Records), a concept record dressed in a fantasy/horror setting that showcases Kore as “The Bastard Child of NYC”.  A notorious underdog artist who becomes blacklisted from the NYC music scene only to return mysteriously to silence the doubters and take his place at the top of the music food chain.  Inspired by John Carpenter, Alice Cooper and Disturbed, this eclectic record comes at the perfect time with the recent resurgence of theatrical rock/metal hitting the states (Ghost, Avatar, In This Moment).  For fans of hard rock/metal and horror movies!   “Vengeance” was produced by the talented production team Westfall studios in NYC.  Rozzik has previously worked with the likes of Virus (Dope), Paul Bento (Carnivore) and has made on stage appearances with Bobaflex, Steel Panther and Nita Strauss.  Kore Rozzik also includes Alex Gil (guitar), Andrei Patorski (guitar) and Louie Drums (drums).

Riding high off their last successful tour with Nita Strauss (Alice Cooper), the band is gearing up for their next National Headlining Tour entitled “The Vengeance Across America Halloween Tour” which includes a stop at the world famous Whisky A Gogo supporting Lizzy Borden on Halloween. You can purchase tickets HERE.  You can follow Kore Rozzik and stay up-to-date on all upcoming band, music and tour news, as well as stream and purchase their album, via the following links.  Check out their previous videos for “Bitter Rat“, “Vengeance Overdrive” and “Mistress“.