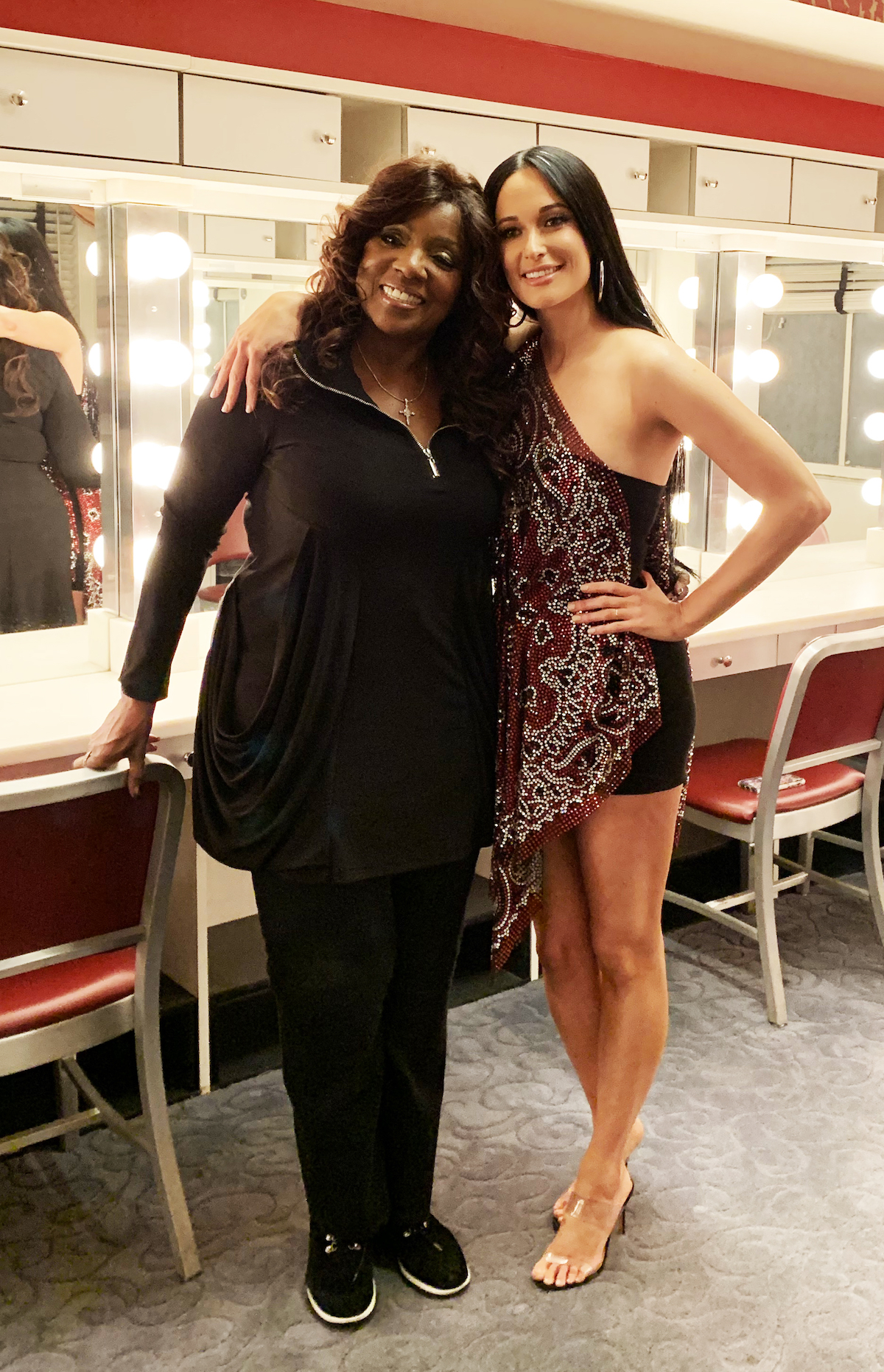 Emerging to thunderous applause at Radio City Music Hall on the evening of October 15, 2019,  the legendary music icon Gloria Gaynor joined fellow Grammy winner Kacey Musgraves onstage to a surprise and unannounced duet of her signature hit “I Will Survive.”  “I feel so honored that “I Will Survive” carries as much meaning today as it did all those years ago,” said Gaynor, following the performance.  “I feel equally blessed that an artist like Kacey sings my song on tour and that I could join her to sing in an iconic venue like Radio City Music Hall.”  Gaynor and Musgraves joined forces at Radio City Music Hall for the first night of Musgraves’ two sold out shows.  Said Gaynor from the stage, “I recorded this song in 1978, 40 years ago , and I can’t tell you how pleased I am that Kacey is carrying on the tradition, helping you all to survive.”

Gaynor is currently celebrating the release of her latest album TESTIMONY, which is comprised of 10 stunning tracks that showcases a new side of Gaynor’s Grammy Award-winning musicianship.  With a combination of carefully-chosen classic hymns, self-penned songs, and a stirring cover of Bob Dylan’s “Man of Peace,” Testimony celebrates her faith, which has been an integral part of her journey both personally and professionally.  She finally made the record of her dreams and has moved past “surviving” into “thriving.”   With production from Grammy-winning producers Chris Stevens (TobyMac, Blake Shelton) and F. Reid Shippen (Lady Antebellum, Kenny Chesney), Gaynor assembled a veritable who’s who of musicians that includes duet partners with iconic gospel vocalist Yolanda Adams, Mike Farris, Bart Millard (MercyMe) and Jason Crabb.  With a career in an era where drugs and alcohol were the norm, Gaynor credits God with guiding her through.  Over the years, she’s often changed the lyrics of “I Will Survive” to express her faith.  Testimony isn’t Gaynor’s first time recording a Christian album; in 2013, she released We Will Survive, a collection of contemporary Christian songs and a remix of “I Will Survive.”  To coincide with the release of that album, Gaynor published her second book, We Will Survive: True Stories of Encouragement, Inspiration, and the Power of Song, a collection of stories from people who have been touched and encouraged by Gaynor’s signature song.  Her audio recording of the book was nominated for a 2015 Grammy Award for Best Spoken Word Album.

In March 2016, Israel’s Consulate General, Ido Aharoni, visited her home church, the Christian Cultural Center in New York City, to present her with the Martin Luther King Jr. Peace Award. One year later, the Library of Congress honored Gaynor by inducting “I Will Survive” into its registry – a sign of the indelible mark that the song – and Gaynor herself – have left on the world. As she tours and speaks to audiences around the globe, Gaynor continues to be an inspiration through her faith, her message, and her music.  You can follow Gloria Gaynor and stay up-to-date on all upcoming news via the following links: