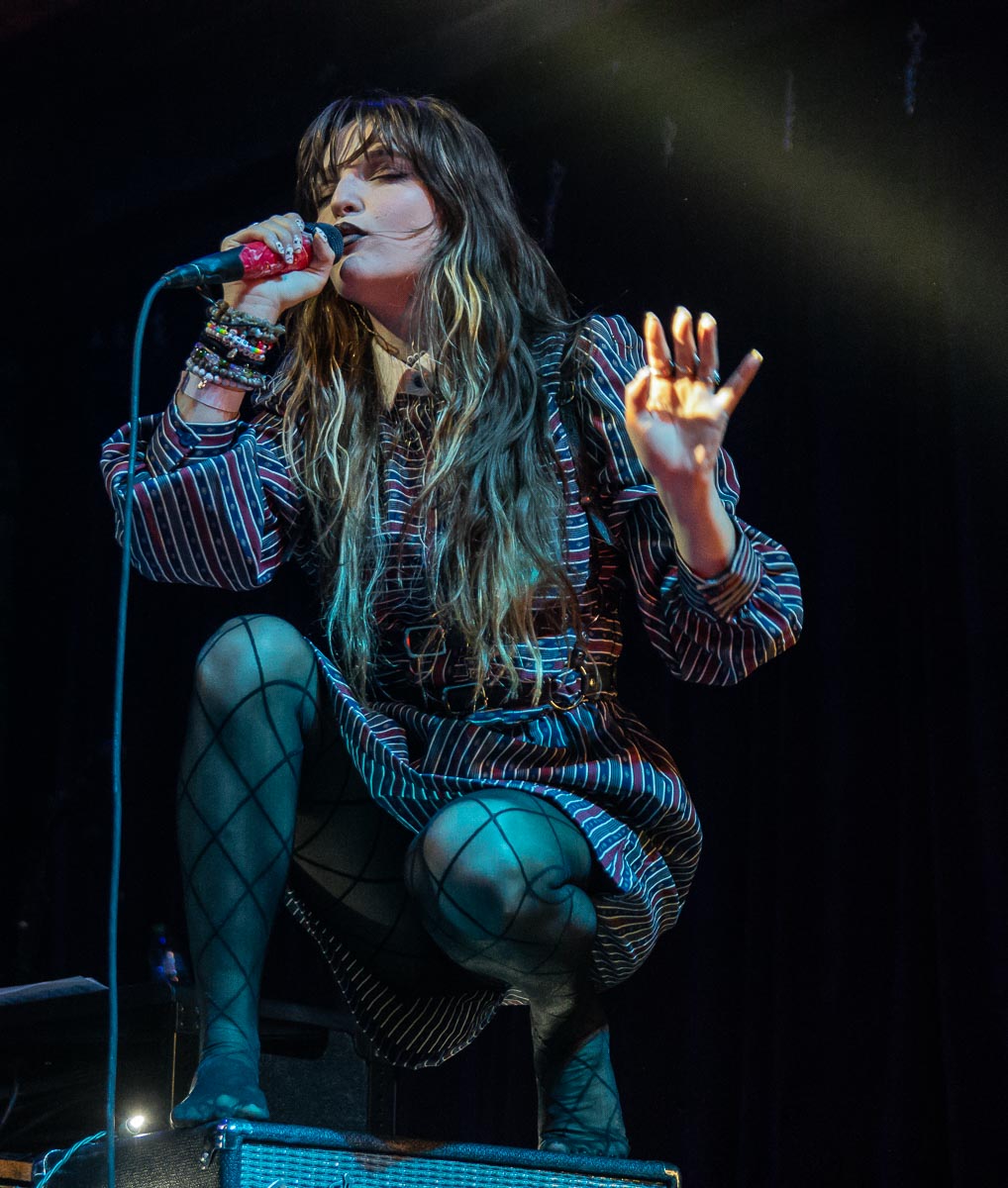 The HU with The Haunt

Mongolian folk rock and heavy metal band The HU brought their North American Black Thunder Tour to Louisville, KY on May 11th to a sold out crowd.  Having formed in 2018, they have steadily amassed a large following of fans over the past 4 years.  As I approached the venue this evening, right before doors were set to open, the line to get in was filled with fans eager fans.  Having seen The HU in 2019 when they sold out a much smaller Louisville venue, I knew we were all in for an incredibly fun night!  Opening the show this evening was South Florida rock band The Haunt.  Comprised of brother and sister Anastasia Grace (vocals) and Maxamillion (guitar/vocals) Haunt, along with Nat Smallish (bass) and Nick Lewert (drums), they were full of energy from the moment they hit the stage.  With a green, red, and white striped dress and long flowing hair, Anastasia bounced around the stage throughout the set, interacting often with her brother and Nat, as well as engaging the crowd.  Playing songs from both their 2018 EP The Haunt and their latest album Social Intercourse, their infectious energy had the crowd dancing and having a great time.  They had the crowd warmed up and ready for The HU!  They definitely made some new fans this evening, as well, judging by the line of people at their merch table after their set!

Chanting “HU! HU! HU!”, the crowd was restless with anticipation for The HU. As the HU took the stage, the crowd erupted into cheers.  The HU has a striking stage presence, wearing traditional looking clothing, such as leather pants, long and thin leather coats and belts, with many of the members looking a bit like warriors on stage.  Playing traditional Mongolian instrumentation and engaging in Mongolian throat singing, they call their style of music “hunnu rock”, with some of their lyrics including old Mongolian war cries and poetry. With 8 members on stage, they have a very big sound that incorporates their many different instruments and had the crowd singing and dancing along from their first note.  With Mongolian being their primary language, they didn’t speak too much throughout their set, but thanked the crowd often, with singer “Gala” asking the crowd early on how everyone was doing and said “We love you!”.  Playing a lengthy set that included hit songs such as “Shoog Shoog”, “The Gereg”, “Black Thunder”, and “Wolf Totem”, they kept the crowd engaged and full of energy.  Whether on the floor or packing out the balcony, everyone I saw was smiling, dancing, and having a great time, feeding off of the band’s mighty stage presence and sound.  Performing an encore this evening, they performed an incredible cover of Metallica’s “Sad But True”, to the crowd’s delight!  It was an outstanding night of music and I have no doubt that The HU’s fanbase will keep growing as they continue to wow audiences with their incredible music and live shows!