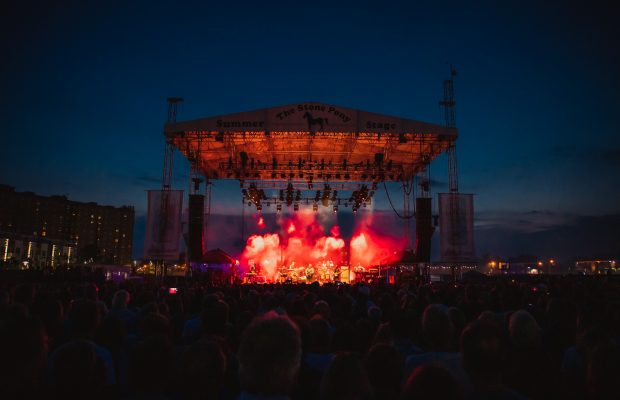 Squeeze brought their highly anticipated “Squeeze Songbook Tour 2019” to the Stone Pony Summer Stage in Asbury Park. Opening the night were They Might Be Giants, who performed a great set warming up the crowd.

Shortly after 8pm Squeeze came on stage right to the sun setting behind their open stage. What a beautiful view. The show was very close to a sell-out and the audience was more than excited when the band opened with Footprints.

Having 14 studio albums, it’s not easy making a great song selection, but I must say they did a wonderful job playing a great variety that spans most of their albums. I was highly impressed.

On stage, Squeeze consists of seven incredible musicians. Each and every one of them brought something very special to the performance and you could tell how much fun they were having playing together.

The band will be on tour in the US through the rest of September before heading to Europe. Make sure to catch them when they come to a city near you. Tour dates can be found here.

Encore:
Take Me I’m Yours
Is That Love
Black Coffee in Bed