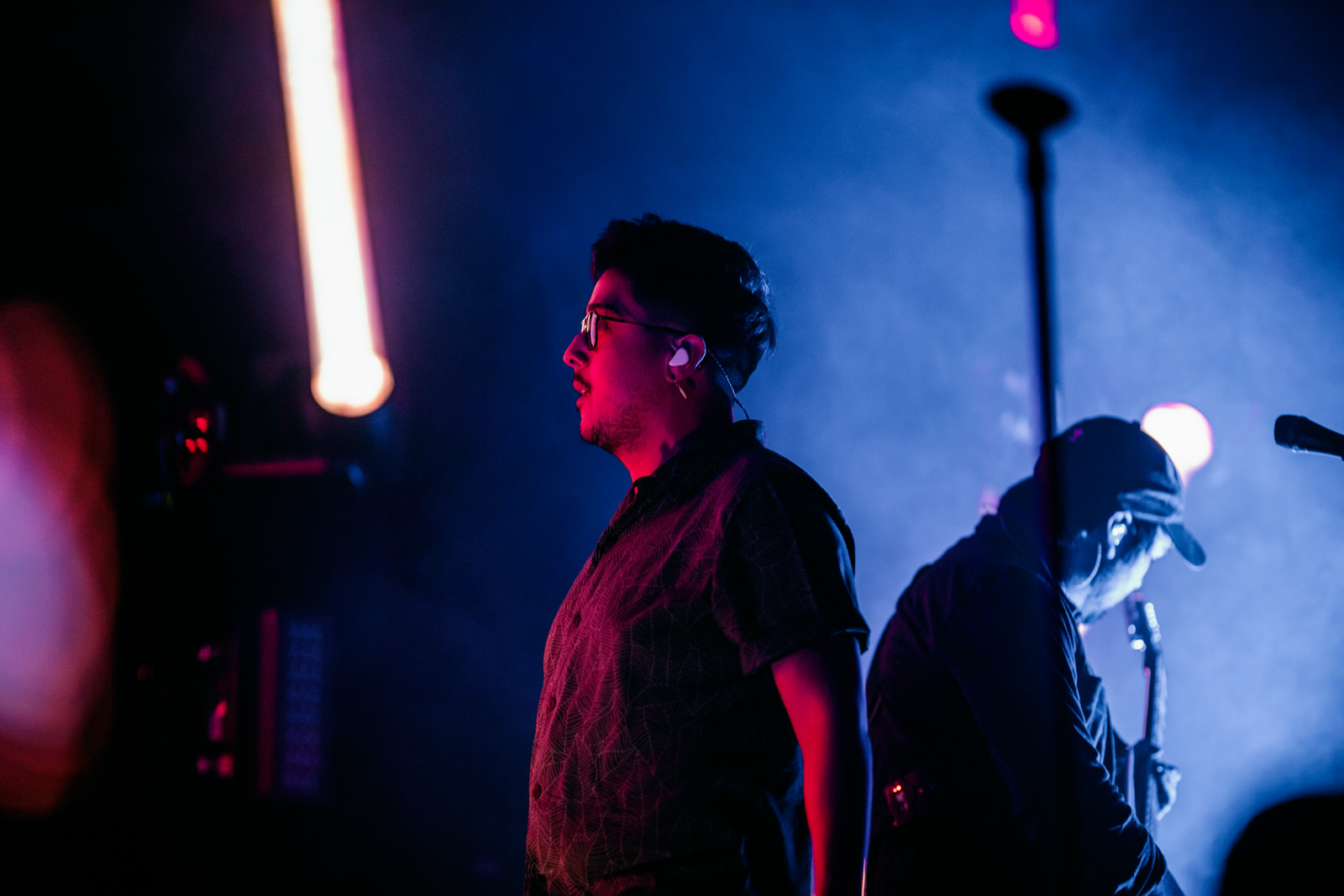 May 10th, 2022 might have seemed like any other Tuesday for downtown Roseville pedestrians passing the pane glass windows lining the front of Goldfield’s in Roseville–for those on the inside, it may have surpassed most any show I have seen thus far in my 31 years.

Often it is the case that we enter a venue after struggling to find a parking spot within two blocks of the venue only to be met with a line rivaling theme park coasters. We hear the first band arm themselves with instruments and open the show with hopes of finding first time listeners and trading some tour bus tread with t-shirt sales. Normally this might pass with me–while trying to get in before the opener, it’s not always feasible to fight off two kids and attach their sticky limbs to the babysitter before getting to the venue, but not this night–this night demanded punctuality for more reasons than one. Speaking of band one:

Caskets took the stage after setting themselves up and set the scene with “Drowned in Emotion” off their current album Lost Souls. A band very much in their infancy had little in the way of old tracks to flaunt, but still managed to keep massive hits “Falling Apart” and “Signs” holding down the middle of their setlist before ending strong on “Glass Heart.”

Following the Leeds natives wasn’t an easy feat, but Thornhill accepted the challenge with force–and my personal favorite song of theirs, “Coven.” There’s no band in the same circles that manages to separate themselves from conventional as well as Thornhill manages to do, and their stage presence was so shocking you’d think the venue was carpeted and had a no-shoe rule. It’s criminal that this band had yet to play US soil before this tour, but I’m stoked at the prospect of their continual return with hits like “Arkangel”, “Hollywood” and powerful finisher “Where We Go When We Die.”

The final step toward the headliner, Holding Absence is a quick-rising powerhouse of emotional poetry put to instruments, with well-crafted notes providing a strong undercurrent for heavy subjects easily lost when you’re losing yourself in the beats themselves. “Celebration Song” opened the set, followed by “Curse Me With Your Kiss” and “Gravity.” Ending on “Wilt,” the band’s inaugural US tour appearance left many clapping and wiping away tears. With their departure the lights lowered, giving extra luminance to the neon ‘Sleeptalk’ taunting audience members since entry.

While I want to jump right into their entrance, I’d be remiss to leave out my first sighting of Dayseeker that evening. Being an unapologetically huge fan, I wasn’t about to miss the opportunity for early-access tickets to meet the band, Q&A and hear some Acoustic playthroughs. Don’t let their synth and track layering fool you, these Orange County artists shine just as brightly sitting side-by-side and unplugged, letting their talent wash over the handful of us lucky enough to sit cross-legged on the floor and experience it. It was no surprise that when the band took to the stage that night with “The Color Black” that it would be as impactful as it was the first time hearing it on their most recent album. Getting the crowd pumped up with that alongside “Gates of Ivory” left the soulful performance of “Starving to Be Empty” that much more impactful, especially since Lucas Woodland of Holding Absence took to the stage to duet with Rory Rodriguez. Following more current titles such as “Burial Plot”, “Crooked Soul”, and “Crash and Burn”, “Vultures” was a welcome sight for fans of 2017’s album Dreaming is Sinking /// Waking is Rising. Neon Grave rounded out the Sleeptalk outliers as the bands newest Single and only 2022 release so far, before filling out the set with “Already Numb, Drunk”, and–unsurprisingly–”Sleeptalk.”

No one would complain, the set was phenomenal from start-to-finish. It was truly one of the most Transcendent shows I’ve ever attended, and was so ecstatic to see all four bands in attendance that I proceeded to go broke at the merch tables. Unfortunately there’s little left of the tour to catch if this sparked your interest, but be on the lookout for all of these bands in the near future. It’s a bright future, indeed. ‘

Normally this is where the article would end, but it would be an injustice to the tour as a whole to not talk about the experience of both pre and post-show. Firstly, the beginning of my time at Goldfields was littered with beautiful moments. The doors opened to pre-show guests where Rory and the rest of Dayseeker signed a poster, humored me with some conversation and opened the floor to some early drinks and merch table access. I had the pleasure of meeting Chris Mcintosh of Caskets and was graced with a couple free stickers to go with the fantastic Caskets shirt I’m sporting as I write this. I picked up enough band swag to warrant a quick car-run to drop it all off–whoops, I’m broke.

The real impact was the post-show. There is so often an energy at these events that seems to flood out with the audience’s departure, but turning in any direction proved how invested these artists were in their craft, their scene and their fans. Chris and other members of all the bands were back at the merch tables, engaging with complete strangers. My best friend was so enthralled with Thornhill (who he had never heard of) that he grabbed a shirt and got a pic with the entire band. I was so lost in deep conversation with Holding Absence frontman Lucas Woodland that I nearly missed capturing a beautiful moment with Rory meeting a young fan by the stage and taking pics with anyone seeking one out. Everyone from these bands seemed so genuinely excited to be there that it made the entire standing room a microcosm of everything I love about the music scene.

I can’t express how much the night meant to me. Catch the bands on music streaming platforms and do yourself a favor by seeing them live at the first possible time you’re able. Cheers.