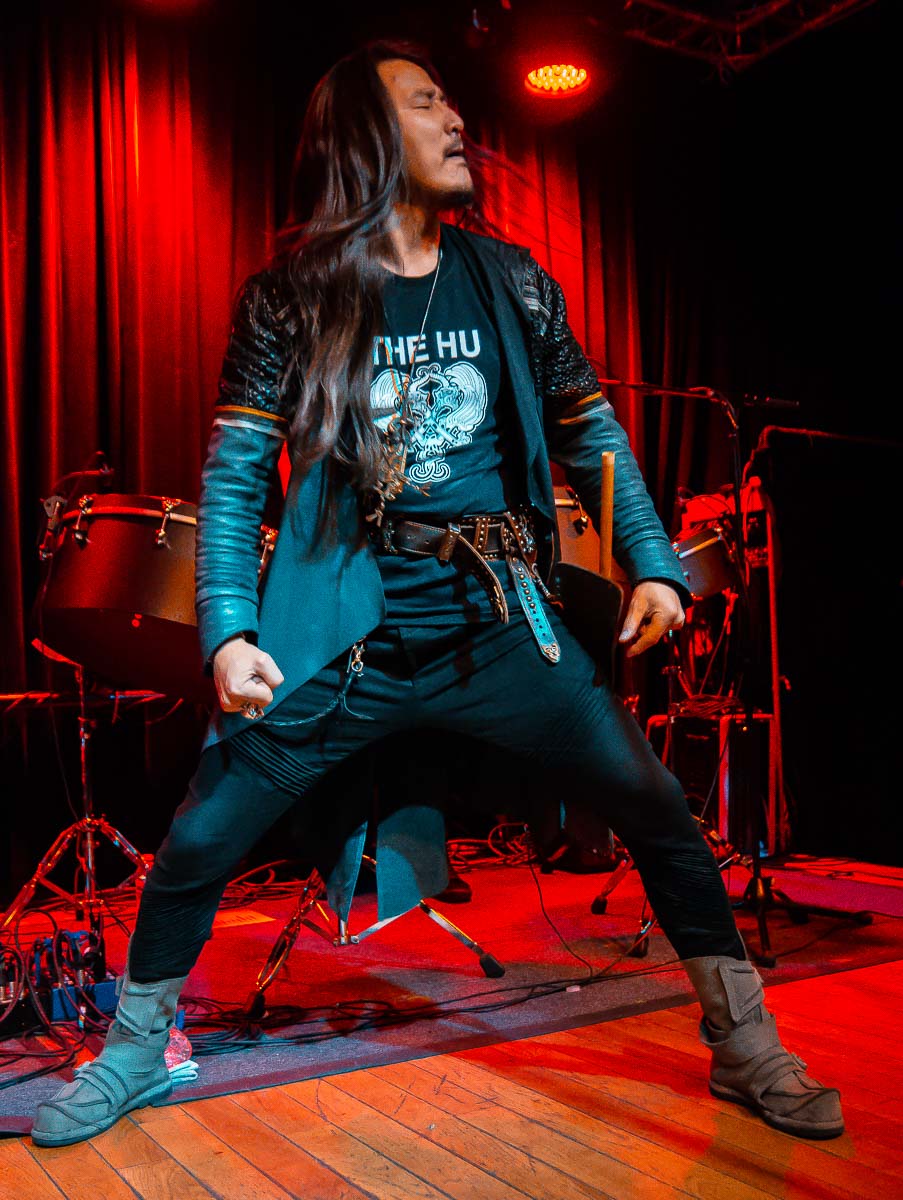 The HU with Crown Lands

Mongolian rock group The HU, who play what they describe as HUNNU rock, wowed their sold-out audience in Louisville, KY recently.  The band has been generating a buzz with their fresh take on heavy metal that combines classical elements of the genre with traditional Mongolian throat singing and traditional instruments that include the horse head fiddle, Mongolian guitar, jaw harp, and two kinds of drums-a traditional drum kit and two large floor toms that added a more somber tone to the songs.  The show sold out quickly once announced and it is easy to see why.  Fans lined up before doors opened, shrouded in an air of excitement and anticipation, with the stage area filling up quickly once doors opened.  The band was pure energy on stage, feeding off of the infectious energy of the crowd, all of whom were cheering loudly with their hands in the air.  Adding to the fun of the evening was a sizable group of Mongolian fans who were giddy with excitement to see a band from their home country, taking photos, video and waving Mongolian flags in the air.  With the crowd chanting “HU HU HU HU!” throughout the evening, along with singer Gala chanting “HU!” after several of the songs, it was impossible to not get into the spirit of the evening!   Having recently released their debut album The Gereg, the band performed many of the songs from the album, including the fan favorite “Wolf Totem”, and the crowd sang along.  The HU put on an incredible live show and it was a special treat to see them perform in such a small venue.  I have no doubt they will be playing larger venues going forward with their increasing popularity!  They wowed their fans and left them buzzing with excitement long after the music stopped!  Canadian duo Crown Lands got the crowd warmed up with their fun and gritty rock and roll!