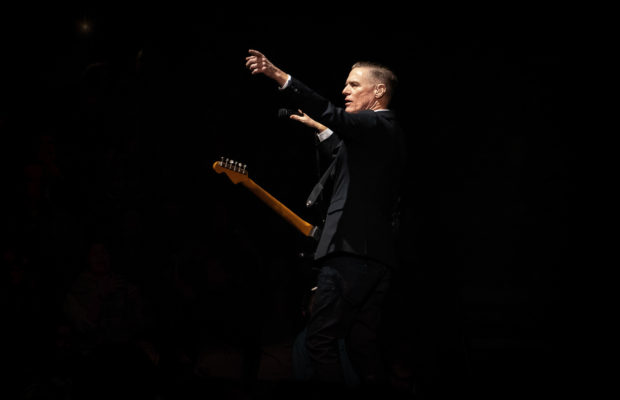 On a cold Friday evening, 5.300 rock fans showed up to the completely sold out Meridian Centre in St. Catharines to see Bryan Adams perform his classic hits, as well as some new songs off his upcoming new album, Shine A Light, which is due to be released on March 01st, 2019.

As soon as the lights went off, the entire crowd was up on their feet, dancing and singing along. “I am gonna try to do all the songs I can remember” is what he said and he remembered a lot of them, playing almost 2.5 hours.

Throughout the show, he would chat with the audience, read out signs the fans brought and handed guitar picks to a few lucky kids in the audience.

Of course, he performed all the hits everyone came for, like Run To You, Summer of ’69 and Cuts like a knife, where the audience would not stop singing na–na-na along to.

He also played a few songs off the new album, including his newest single Shine A Light. Make sure to pick up the album when it gets released in a few weeks.

His amazing band, included Keith Scott on the lead guitar, Mickey Currey on the drums, Gary Breit on the keyboards and Solomon Walker on the bass. After a solid 26 songs, they were sent off stage and Bryan ended the night playing three songs acoustically.