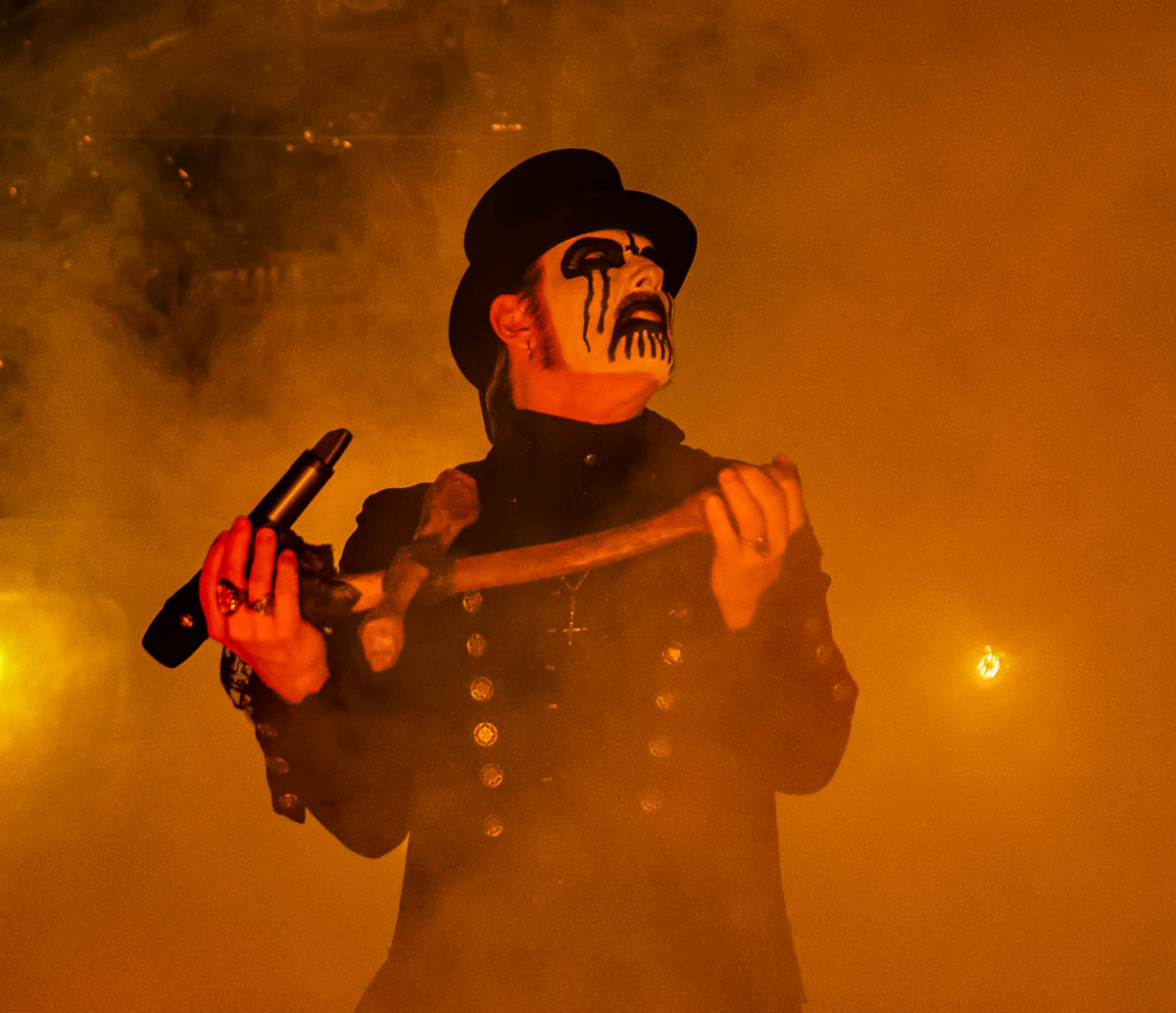 King Diamond with Uncle Acid and The Deadbeats and Idle Hands

Iconic metal artist King Diamond, who is currently wrapping up his The Institute North American 2019 Tour, made a stop in Chicago, IL to a nearly sold out crowd of metal fans!  Fans were in for a treat this evening with a stacked line-up that included Portland goth/rock/punk band Idle Hands and psychedelic rock band Uncle Acid and The Deadbeats opening the show.  King Diamond is known for his incredible live shows that have a theme and tell a story to the audience with the aid of various characters and props.  With his latest album The Institute to be released next year, his first album in 12 years, the stage was set-up this evening to resemble an insane asylum.  King Diamond started his set by getting wheeled out on stage on a stretcher and then proceeded to wow the audience with songs old and new.  Starting things off with “The Candle”, he proceeded to perform a diverse set list that included “Voodoo”, “Halloween”, “Welcome Home”, “A Mansion In Darkness” and a brand new song from his upcoming album, “Masquerade Of Madness”.  Walking the entirety of the three-level “asylum” throughout the set, King Diamond provided the perfect spooky and ominous stage production for this tour, a performance that also included wielded knives, his signature microphone made out of real human bones in the shape of a cross, a sacrificed child (Abigail), an appearance by Grandma, a dancer and a nun who got run off the stage by the King as he ripped up her Bible.  Halfway through the set, King Diamond introduced his band-founding guitarist Andy LaRocque (who was showered with applause), bassist Pontus Egberg, Mercyful Fate guitarist Mike Wead, drummer Matt Thompson and backing vocalist (and his wife) Livia Zita.  Each and every member made for a memorable show and added to the excitement of the evening.  Closing out the set with Black Horsemen, which was dedicated to Timi Hansen, the crowd went wild one last time before the evening came to an end.  King Diamond gave his fans an incredible show full of horror, theatrics, his signature operatic vocals and a diverse set list that made it a truly memorable evening for all involved!