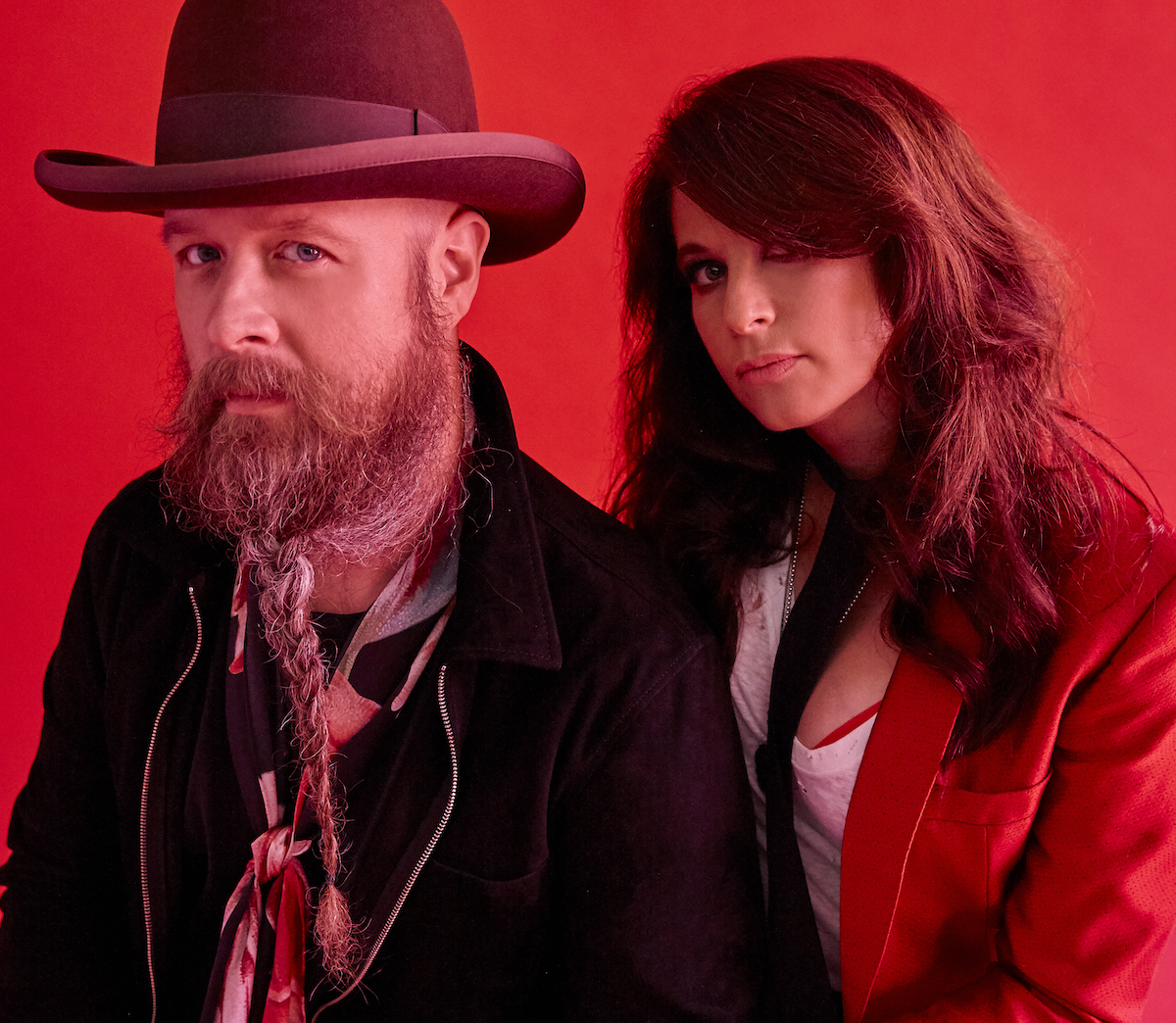 Channeling the tenderhearted nostalgia of Carole King and the sentimentality of Joni Mitchell, indie rock band The Grahams have just premiered their latest video and single “Heartbroken Town” with Glide Magazine.  The track is the third single off their upcoming record KIDS LIKE US (set for release on March 6, 2020 via 3 Sirens Music Group/RED MUSIC/The Orchard).  Opening with Doug’s glowing guitar sound and layering on blankets of mellotron and tubular bells, the song (co-written with their songwriting partner Bryan McCann) features a powerful vocal performance from Alyssa that embodies the nature of  a true heartbreak.  The band explains in an exclusive quote to Glide Magazine:  “Deep heartbreak is a kind of derangement.  You can be self-aware enough to know that the destructive things you are doing are only making things worse without being strong enough to stop.  “Heartbroken Town” really explores that harrowing feeling without ever calling it out or revealing itself. The listener is never privy to the full story but they are able to feel agonizing heartbreak nonetheless.”  The video features Alyssa and Doug with their band (Aaron Boehler, Paddy Ryan and Thayer Serrano) live at the world renowned Abbey Road Studios, embodying the portrait of a 70’s recording session and showcasing their performance chops.  Of course, the other star of the video is Doug and Alyssa’s 8 month old daughter Georgette Ida Graham, the couple’s first child who was born while they were still mixing Kids Like Us.  The two hope that one day Georgie will look back on this moment and say, “that was rad!”   “We set out to write songs and deliver messages that have meaning,” Doug adds, “so that our daughter one day can listen to it and say, ‘Wow. They actually had something to say.’”

Kids Like Us finds The Grahams exploring balmy and graceful dream pop, 50’s mod-influenced garage-rock energy, 60’s and 70’s style groovy guitars, and an explosive Morricone-esque cinematic intrigue to great effect.  “We started in Chicago with the blues and Motown,” Doug says, “and we ended in L.A., listening to the Beach Boys.  All of it found its way into the record.”  The record is co-produced by Dan Molad (Lucius, Elizabeth & the Catapult, The Wild Reeds) and the late and celebrated Richard Swift (former member of The Shins and The Arcs who worked with Damien Jurado, Nathaniel Rateliff, Guster, and many more) who enabled The Grahams to channel all of their chaotic stimulus into something big, lush, ambitious, and profoundly satisfying.  As with their 2013 debut Riverman’s Daughter and 2015’s Glory Bound, The Grahams lit out for parts unknown to gain inspiration for writing this ambitious new record – this time on a beguiling motorcycle ride along Route 66 at the height of the 2016 election season.  “Everything about Route 66 – the neon signs, the motels, the cars, the souvenirs, even the menus – is stuck in a different time,” Alyssa says. “Of course the music that developed would have moments of fantasy, moments of horror, even some moments of the supernatural.”  The resulting album embraces the American songbook and finds the band swathed in a musical time warp when Brian Wilson, Nancy Sinatra, Dusty Springfield, The Ronettes and Diana Ross & The Supremes ruled the airwaves.  You can follow The Grahams and stay up-to-date on all upcoming music, band and tour news, as well as stream and purchase their music, via the following links: