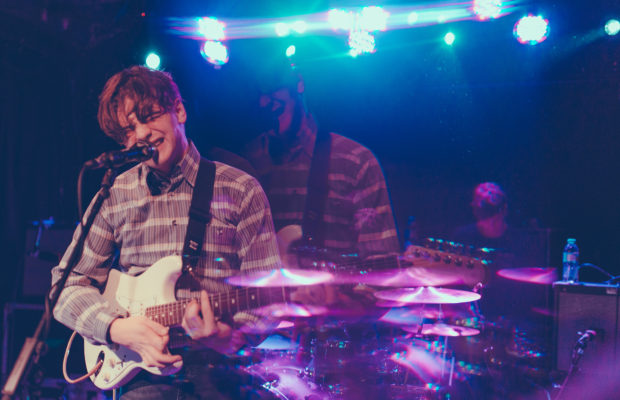 Dublin based foursome, The Academic, take the stage at a packed Dingwalls, in London’s borough of Camden. The crowd is filled with people from all walks of life, and they’re all buzzing to see the lads take the stage. Following a killer tour opening for Judah and The Lion in the States, the lads haven’t played in London for quite some time. When they start their set, the crowd goes off, and they don’t stop dancing until the set is well past over. The highlight of the set was when the band played their latest single, single Bearclaws. The crowd were all jumping and singing along. And when the song ended, frontman, Craig Fitzgerald, went to swap out guitars and the crowd started singing the chorus of Bearclaws back at the band again. When the band realise what is going on, they all get huge grins on their faces, and they begin to play the song for the crowd. The Fitzgerald joins in on the last line of the chorus. It was a beautiful moment that brought the whole venue together in unison. The Academic are the kind of band that have the ability to traverse generations. They’re like an updated version of Weezer, with more serious lyrics. Get on this bandwagon while it’s still young, you won’t be sorry once you check out their single Bearclaws, or my personal favourite Mixtape of 2003.